100in1day – ‘A citizen-driven festival of doing’
‘Encouraging the inhabitants of a city to take positive action during one particular day’: this is the concept of 100in1day, a movement initiated in Bogota, Colombia. Today, these civil-action days take place in 14 cities around the world to restore a sense of community between neighbours. Didintle Ntsie, co-founder of 100in1day in Cape Town, explains us this innovative model of events.
Interview conducted in April 2014. 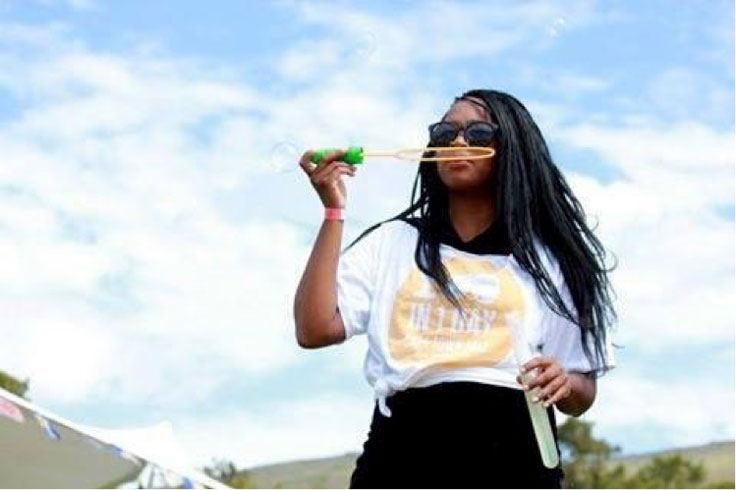 “100in1day started in Bogota, Colombia, from a frustration that residents were experiencing with things going slow, things not changing in the direction they wanted. A group of Columbian students decided that Cape Town would be a good place to start. Just as well because we also have social issues and people who are a bit grumpy about the direction that things are going in.

Today, there have been two editions of the event, why is it important to encourage citizen participation to build better cities?

“I think that citizens are the experts! The people who use the city are the people who can tell you how the city needs to be. People that we consider to be homeless people are the biggest experts as they live on the streets! It is important to start to open up and experiment co-producing and co-creating spaces, as this is where the magic happens! Citizen’s participation is extremely vital because it is unsustainable otherwise.
What is the concept of 100in1day?

“100in1day is a citizen-driven initiative owned by the citizens and the residents. It is an initiative that is addressing social issues by asking the question: ‘what is your dream for your neighbourhood?’, and through a series of questions, residents are encouraged to do one thing on one day. In total, we have more than 100 actions happening all around the city of Cape Town. The idea is to make people re-imaging the space where they are moving.

Can you give two examples of actions?

“There is a young lady who wanted to experiment the concept of using food to connect people. She was fascinated by the fact that she did not know her neighbours even though she has lived in the neighbourhood for a long time. So, she decided to use a soup kitchen as a central meeting point.
Another initiative that happened all over the city of Cape Town was a Xhosa teacher making stickers, he believes that languages can bring down barriers and bring people together. That was a fun way to encourage people to learn Xhosa!

Can you give three words to describe the spirit of 100in1day?

What was the biggest difficulty in the beginning?

“It was to get people to come to the meetings, to market the concept, explain it and share it. By using social media you obviously cut out certain demographic, so we were very mindful of that. The second challenge was to get people to engage with it. The third most difficult thing was to support people in the process of bringing an idea into reality.

What are the next steps?

“On the 31st of May 2014, we will have an event to showcase what 100in1day is about and to open a dialogue around how 100in1day can look like. 100in1day happens in 14 different cities in the world, and we are curious to see what format it will take in Cape Town and how what we do in Cape Town can assist the templates and the models that are being used in other cities.

Today, a lot of young South-Africans want to embark on an entrepreneurial adventure to help society. Do you have a piece of advice for them?

“I am very excited about how everything is unfolding in the world, a lot of people are starting to experiment and explore what the different alternatives ways of living can be. To me that is very exciting. The more that get involved, the more delicious it is!