By allowing a large number of people to pledge small amounts of money into a project, crowdfunding is considered as a new way to raise capital and make ideas happen in reality. It is also a good way to create a base of supporters around the project, and to test if people want a product or not without going into debt. Patrick Schofield, a serial social-entrepreneur from Zimbabwe, launched the first African crowdfunding platform, four months ago, known as Thundafund. 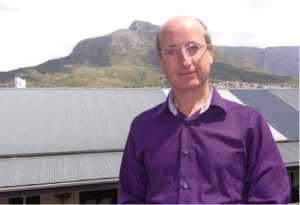 “We came into crowdfunding because we recognized that there are two key bottle-necks for people who are looking to realize new ideas. The first is access to capital and the second is skills to turn your idea into reality, crowdfunding brings those two together.

What inspired you to create Thundafund?

“Two things, the first is from my experience of working in social-entrepreneurship for over 20 years and the second is recognizing that there are two critical areas: finding capital and finding  the skills to make the idea happen.

I saw crowdfunding as a means to do that.

Who inspired me? One of the key-people who I got to meet was a guy called Michael Norton. He is a one of the pioneers of social-entrepreneurship today, and he has started numerous organizations across the world. He was one of the people who really understood the power of what crowdfunding could offer. He called it the community funding.

Today, if I have a project and I want to launch a crowdfunding campaign, how does that work exactly?

“Crowdfunding works on a rewards basis. If you have a project idea, you submit it on the Thundafund platform with the details of your proposal. We then populate it and ask you what type of rewards you would be offering people who back your project, when completion date is, and what is the project is about.

For example, if you had a project to create a range of t-shirts, you would propose: for R50 supporting my project, I will send you a ‘thank you letter’, for R100, you will get invited to the launch of my new t-shirt range, for R200, you will receive one of these t-shirts and this is what they are going to look like, for R400 you get two t-shirts in different colours, for R500, we will create a t-shirt that is unique and made just for you. So, in essence we set a target “if we reach the target of R10 000, the minimum we need to do the first print run of the t-shirts, then our project will happen and it’s a go!”

So, it is a good way to test new products?

“Absolutely. That is one of the key aspects of crowdfunding. It gives the way to entrepreneurs and social-entrepreneurs to verify if their idea is wanted in the world.

Four months after the launching of your platform, what are the results today?

“We have had 45 projects launched on Thundafund. It means R500 000 that have been raised for new projects. So, it has been very successful! During the next three years, we are looking to expand massively to launch 3 300 projects on Thundafund, which represents 170 million rand in total.

Could you give three words to define the spirit of Thundafund?

Innovation is really part of the organization?

“The process itself is innovative, and the projects we look for have to be innovative by themselves.

What was the biggest difficulty since the creation?

“The education of people on how crowdfunding works. It is a new funding concept which sits in between philanthropy and investment; which a lot of people struggle to understand.

Before Thundafund, you launched three other social-enterprises, which advice could you give to the young South-Africans who want to embark on an entrepreneurial adventure to help society today?

“Stay focused and don’t give up. If you have a fantastic idea and you are passionate about it, don’t let other people tell you that it is not worthwhile. Get out there, and make it happen. Through something like crowdfunding, or even just working with your community, you will see through action whether people want it to happen in the world or not.

“I would say for everyone: good luck!