Climate change is a reality! Around the world, more and more people take action at a personal level and put their lifestyles in line with climate change. This is a ‘bottom up’ transformation, but for the most pressing challenge of our time, ‘top down’ strategies must also be present. The city of Durban is a pioneer with its Climate Change Strategy initiated in 2004. This is a model for a great number of cities in the world. Dr Sean O’Donoghue, Manager of the Climate Protection Branch at the eThekwini Municipality, explains the objective of this strategy. 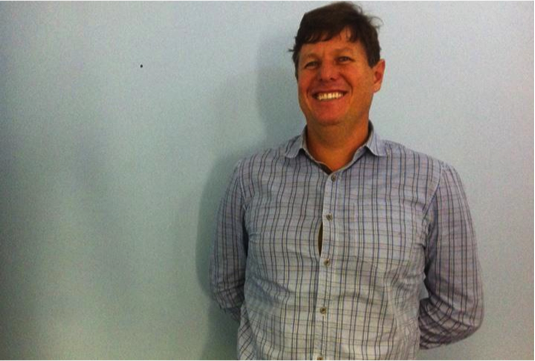 What is the goal of the Climate Change Strategy of Durban?

“In the Municipality we realized that climate change is a big challenge to Durban. Since 1994 we have introduced many development programmes in the city. Climate change could unravel all the success as well as increase the challenges that we already have.”

“We wanted to develop a strategy that includes all the residents of Durban, the Municipality, as well as businesses and other organizations. We all worked together on seven themes: Water, Biodiversity, Health, Food Security, Energy, Transport, Waste & Pollution. The first four themes are mostly adaptation-focussed, and the last three are mostly mitigation-focussed. There are also two cross-cutting themes: Education & Awareness and Economy.”

When was it launched?

“The Durban Climate Change Strategy (DCCS) has been developed since 2004 and is not fully finished yet. We have a final draft version of the strategy that has gone to our Public Stakeholders for comment. Then, we will produce the final strategy to send it to our Executive Committee and the City at the end of June, so that they can approve it.”

So, I imagine that for you, as a scientist, climate change is a reality?

How Durban is at risk with climate change?

“We are going to see an increase in the number and severity of extreme weather events: flooding events and storms for example. Sea level rise is likely to be an issue because we are a coastal city, and it will affect food security. The tropical diseases from the North will be more likely to come. Those are some of the impacts, but you have to look at the context of a developing economy. In Durban, our Municipality is largely in a rural area, and many people are unemployed. These persons are really at risk.”

So, you work both on adaptation and mitigation of climate change?

“Our vision is that the impacts of climate change will be reduced for the Durban residents. We are focused on the adaptation and on the mitigation of climate change. We know that our strategy will be reviewed and adjusted in the next years. The really hard work begins now in implementing the strategy, making sure that it reaches people’s lives. It must not just sit on a shelf and attract dust.”

At a personal level, how have you been interested in climate change?

“I see that there is a real threat to the future of this planet, not only for the humans but also for all the nature. I like natural areas and biodiversity in general, and I see climate change as a threat to my own existence but also for the general well-being of the planet. I see this threat as an opportunity for us to change the way our cities operate and how we live our lives. We must have much less of an impact on our surrounding landscapes. It must be a mutual benefit relationship.”

If a citizen from Durban should take today three decisions to change his behavior to reduce climate change, what would it be?

“Firstly, make sure to improve your knowledge around climate change. Everything starts with learning more about it. Secondly, join the debates and demand more action for climate change. Thirdly, look at your own life and take action to make it more environmental friendly.”

“Yes, and generally people from higher income tend to need to change more! They consume more electricity, drive more cars alone on freeways, generate more waste… There is a need for everyone to change, but some people need to do more than others. This is also right at a more global level: some countries need to do more than other countries, because of their past emissions and because of the vulnerability of their citizens.”

Are you optimistic for the future?

“You have to! If you are not optimistic, you will get very depressed in this field of work. There is a lot of misinformation going around climate change. The science need to communicate a lot better, as we need a strong support of the average person. We have the power to show our governments that we want action about climate change. I think we can do it… We have no other choice! I am very confident that we will make a difference, and I hope that it will not be too late. In 20 to 30 years from now, the world will be a totally different place.

Do you think that our children and grandchildren will look at us at a ‘generation of shame’?

“I don’t know if it will be shame, maybe they will view us as very old fashioned! There is one big difference with the people from the industrial revolution: we know that something will happen and that we can do something about it. But big businesses have other interests and don’t want to do anything about it.”

“We have a global initiative to promote adaptation in cities around the world. Cities are where action happens, so they are more and more viewed as places where climate change action will be successful.” 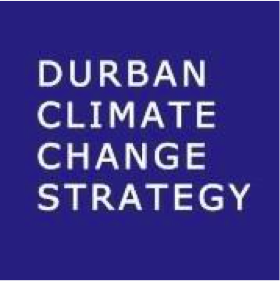