An exciting contribution to dealing with the scourge of gangsterism in Cape Town – incredible read! 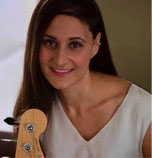 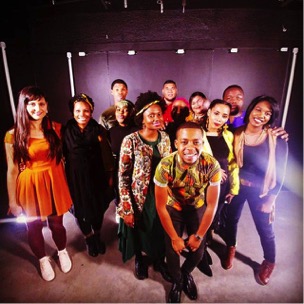 We all know that gangsterism has hit endemic proportions in Cape Town, there are daily shootings, there have been many murders, some 32 train carriages have been trashed, the DA believes that the army should become involved, children are escorted to school, people fear to go out at night. The situation is chronic.

Amidst all these challenges, Berklee College of Music Graduate and Fender-endorsee, Karien de Waal founded “Join Bands, Not Gangs” with the hope of getting at-risk youth into music programs. Ex-gang member Mario Rousseau, who co-founded the Drakenstein Prison Band while imprisoned there, currently helps ex-convicts reintegrate into society and has partnered with “Join Bands, Not Gangs”.

What a novel approach.

“Picture this…” Karien says, “One day every neighbourhood in the Cape Flats has a few of its own bands, competing in a monthly Battle of the Bands. Can you imagine instead of becoming gangsters, kids joined bands and form a healthy, and musical, rivalry?”

A music video featuring a tribute song to the late Nelson Mandela and performed by 60 musicians, including Loyiso Bala and Elwira Standili, was released on Mandela Day in support of newly founded “Join Bands Not Gangs”.

‘Madiba Wethu’ was written by Karien de Waal, with zulu lyrics by fellow Berklee Grad Phakamani Pega. Karien partnered with Julita Kok from Nuelight Productions on a 3-month journey of connecting musicians around the world to work on the song. People were excited about the vision and in the end The Berklee Indian Ensemble, Cape Town Youth Orchestra, Sekunjalo Delft Big Band, a 15-piece South African choir and a top rhythm section all worked on the project for free. It was mixed & mastered in Los Angeles by Will Kennedy and Jett Galindo, who’s worked with U2 and Barbara Streisand respectively. For the video the Cape Flats Community of Scottsdene particpated as well.

The goal of the video was to serve as a catalyst for the cause and it’s working. Barely 2 weeks since the release of the song, “Join Bands, Not Gangs” has been featured on SABC 2 Evening News and in several online news publications. They are set to make a major impact.

“We would LOVE a van!”, Karien says. “If anyone has an old van they’d like to sow, please let us know!”

Join Bands, Not Gangs would like to ask the public for donations of musical instruments to start programs in Cape Flats communities and jails. They are also looking for a corporate sponsors to help cover overheads and a small staff. Lastly, the public can share the song – which has the “Join Bands Not Gangs” website at the end – to help spread the word on the cause!

The Community of Scottsdene in Kraaifontein features in the video and will be recipients of instruments from Join Bands, Not Gangs. 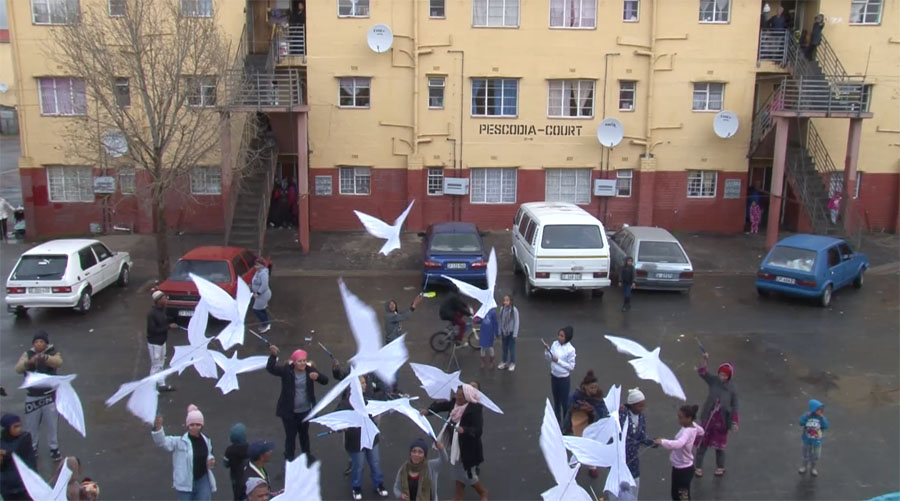 For more info or to contact them, please visit www.joinbandsnotgangs.com or the Join Bands, Not Gangs, facebook page.   Listen to the song here!: