20 Questions the ANC must answer during their December Elective Conference (so that we can return to 2018 upbeat). 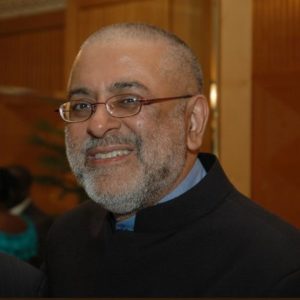 I was interested to read an article by Yacoob Abba Omar, head of strategy and communications at the Banking Association South Africa where he poses 12 questions the ANC needs to answer. I agree with most of them – and have added 8 of my own (see below).

He writes, “As South Africa hurtles towards the end of the year, we are holding our collective breath ahead of the ANC elective conference.

“After December” or “let’s see what happens at the conference” are the kinds of things heard not only in our households, in Parliament or in boardrooms, but also on the airwaves and among commuters.

This is testimony to the centrality of the ANC in society. At the same time, it expresses a hope — ANC member or not — that this venerable organisation will get its act together and clear up its internal mess. Or in ANC parlance, “self-correct”.

I am probably among the growing number who feel that, notwithstanding who assumes the mantle of leadership, given the problems the nation, government and the country face, it actually is not going to make a huge difference who takes over from President Jacob Zuma.

It is in the interest of all South Africans that the ANC holds a successful conference in December.”

A successful conference is not negotiable — our collective psyche is in serious need of a lift.
I have therefore developed a checklist of 12 questions — the Clean Dozen, compared with the film The Dirty Dozen that my generation watched.

On the basis that we are all committed to a nonracial, democratic South Africa, we should ask of our candidates:

Omar continues, “South Africa is rapidly becoming an investment pariah in the eyes of domestic and foreign investors. The South African public is pessimistic when investors look at the rampant corruption. With ANC factional fighting breaking out not only in its conferences but also in the legislature, the executive as well as in the economy, and security agencies seemingly impotent to restore law and order, we cannot expect anything different from those responsible for investing their own or other people’s money.

There is little room for point scoring. We all need to urge the ANC conference to be held in the best manner possible so that the entire country can do what it does best: unite as a nation and put all our energies into solving the most burning challenges of the day.”

So, answer the questions please!