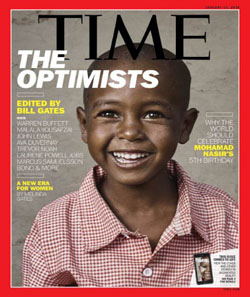 Bill Gates edited the first edition of TIME magazine this year. His editorial is headed “The Good News.” He starts, “reading the news to-day does not exactly leave you feeling optimistic. Hurricanes in the Americas. Horrific mass shootings. Global tensions over nuclear arms, crisis in Myanmar, bloody civil wars in Syria and Yemen. Your heart breaks for every person who is touched by those tragedies. You feel like the world is falling apart.”

“But these events – as awful as they are – have happened in the context of a bigger, positive trend. On the whole, the world is getting better.

Sorry to interrupt Bill, does the same apply to South Africa?

“I’ll come back to that, but let me say, “this is not some naively optimistic view, it is backed by data. For example, the number of children who die before their fifth birthday has halved since 1990. With regards to poverty, in 1990 more then a third of the global population lived in extreme poverty. Today only about one tenth do. (Note: Stats SA reported poverty on the increase in SA, but they forgot to add in free housing, water and electricity, free schooling and feeding at school, and social grants, amongst other things!) Women now make more than a fifth of members of national parliaments. More than 90% of all children in the world attend primary school.

“Being an optimist doesn’t mean you ignore tragedy and injustice. It means you are inspired to look for people making progress on these fronts and to help spread that process more widely.

“So why does it feel like the world is in decline? I think it is partly the nature of news coverage. Bad news arrives as drama, while good news is incremental – and not usually deemed newsworthy.

“There is also a growing gap between the bad things that still happen and our tolerance of those things.

“To some extent, it is good that bad news gets attention. If you want to improve the world, we need something to be mad about. But it has to be balanced by up-sides. When you see good things happening, you can channel your energy into driving even more progress.”

Trevor Noah features in this edition of TIME magazine. He writes, “despite my white father and my black mother I grew up surrounded by optimism: the ability to see the potential no one else could see. I believe the world is getting better because we have access to information on the bad things that are happening. Information is a powerful tool”.

In South Africa young people are standing up and saying that we don’t accept the status quo: we can change our destiny, we can change our future, we can be part of this world. You feel it. We see the devastation in the world, but we also see the giving. There is an opportunity for everyone to create change. 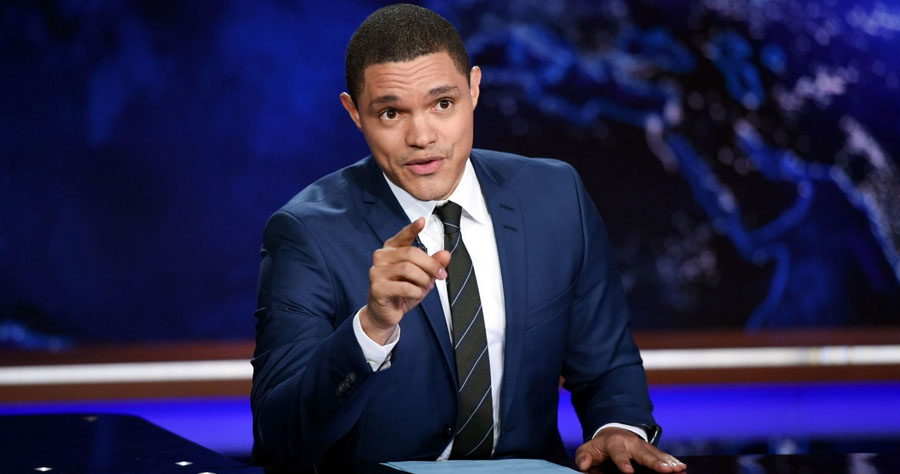 OK, Bill and Trevor, here are some stats (data as you call it) from SA. Any reason to be optimistic? 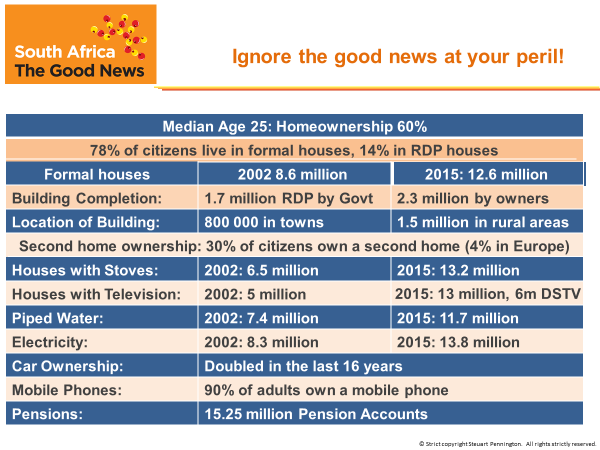 Bill, “This data unquestionably represents a positive trend and backs up what I said earlier. There is, in my view, much to be optimistic about in SA.*

Trevor, “Unlike Zuma, Ramaphosa has not really given me much ammo for my show, I wait with bated breath.”*

How does the world see SA, how do we see ourselves? I think the table below accurately reflects how the world views SA.

Is this how we talk about ourselves? 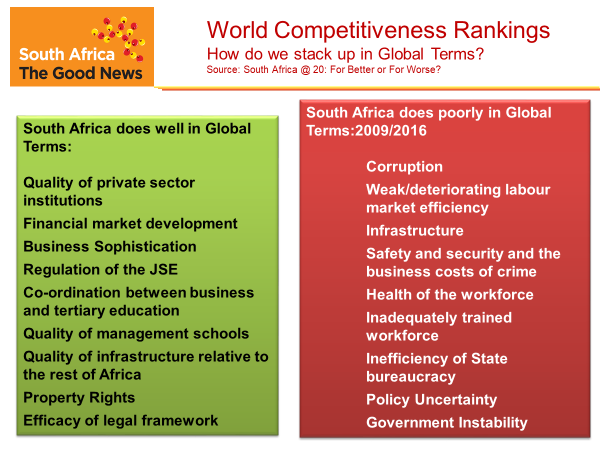 Let’s always remain vigilant, always encourage the 4th Estate to do their job, but at the same time let’s talk about HOPE and the POSITIVE TRENDS when they occur.

*I did not speak with Bill Gates or Trevor Noah, just added these comments to improve the flow of the article. I trust they would have had similar sentiments, apologies if they did not.”