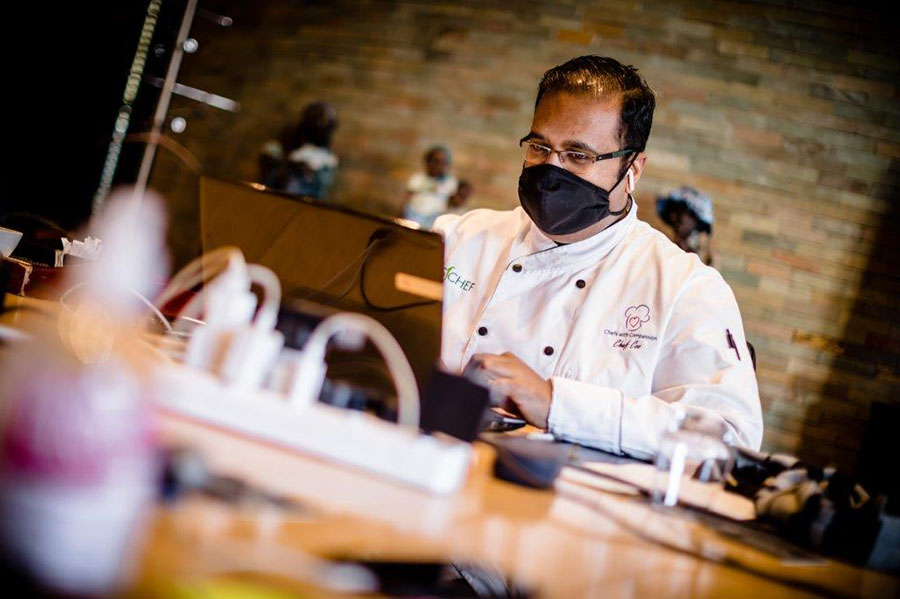 In a remarkable display of the true spirit of Mandela Day, over 300 chefs stood proudly behind their stoves, united despite the devastation of their industry, taking collective action to put their heart where their passion lies – feeding people – and sending a clear and unequivocal message of the indomitable spirit of the chef. The result… the target of 67 000 litres of soup was exceeded, and instead, 77 455 litres was cooked, serving 309 820 cups of soup to hungry people all over the country.

The initiative was made possible by a collaboration between two not-for-profit organisations founded in a philosophy of rescuing surplus food to nourish those in need – Chefs with Compassion and SA Harvest.

“The success of this initiative comes down to collaboration, and we welcome all opportunities to work together with other rescue organisations,” comments Ozzy Nel, Operations Manager of SA Harvest. “Through the collective involvement of two rescue organisations, over 300 chefs in 10 cities, at least 20 partners and sponsors, and over 80 beneficiary organisations, the seemingly impossible target was reached.”

Commenting on the participation of chefs in 10 cities, whose labour resulted in delicious, nutritious soup being served around the country, Chef Coo Pillay, National Project Manager of Chefs with Compassion, says, “There is no doubt that the competitive spirit of the chef came into play, as the ‘big four’ cities fought to not only exceed their target, but also to beat the other cities in the count of litres cooked and, most importantly, lives impacted.”

The participant producing the largest volume of soup from one kitchen was the Primi kitchen at Primi World, captained by Chef Bob Knuckey and co-ordinated by Ozzy Nel. The extensive logistics involved in collecting soup from 16 kitchens before sunrise on Saturday morning to deliver it to 23 beneficiary organisations in 29 locations by sunset was capably executed by Cape Town operations manager Manu Wegmershaus and assisted by eridian Wines, who stepped in to assist with vans and drivers.

The quality of the soup served around the country was evident in thousands of pictures shared on social media, with nutritious sugar beans delivering plant-based protein, and mountains of vegetables, collectively requiring hundreds of hours of cleaning and preparation, making up the bulk of the soup. “It was clear that the chefs took great pride in preparing meals that they could be proud of,” says Chef Coo.

Gratitude from beneficiaries flooded social media on Saturday afternoon, from far and wide across the country, as over 300 000 people received their meals. In Joburg, 2 000 cups of soup were delivered from the Lerato Educational Centre in Jackson Park informal settlement, a SA Harvest-supported Rhema South beneficiary. Scott Headrick from Rhema South Family Church, which feeds between 400 to 800 children daily, commented, “Hearing the news that we were going to get between 2 000 and 2 500 soups to feed the Jackson community, we decided we wanted to bless the adults. We’ve been planted in this community, which is home to upwards of 6 000 adults, for 10 years. On Saturday, we gave between 800 and 1 000 children ice creams in the morning and asked them to call their parents to receive a cup of soup when it arrived in the afternoon.”

#67000litres for Mandela Day by numbers

Chef Coo Pillay, National Project Manager of Chefs with Compassion, concludes, “When you set out to achieve something that will do justice to the legacy of Madiba, something that will give South Africa a glimmer of hope and belief in the resilience of our nation, only a massive national initiative will suffice. We are both humbled and proud to have been able to deliver an initiative as meaningful and impactful as this in honour of Nelson Mandela. Through the funds raised from generous donations in amounts ranging from R10, deposited with the reference ‘With love’ to more than R10 000, Chefs with Compassion will be able to continue delivering meals to the most vulnerable in society far beyond Mandela Day. We humbly thank SA Harvest for making this initiative possible, the hundreds of chefs around the country for giving so freely of their time and talents, our partners, sponsors and supporters who are too numerous to mention, the dozens of volunteers who worked tirelessly to bring this project to fruition, and to the public who followed up and supported us along the way.”

To contribute towards Chefs with Compassion’s ongoing campaign to provide meals to those in need, donate R10 per meal by going to
https://chefswithcompassion.org.za. 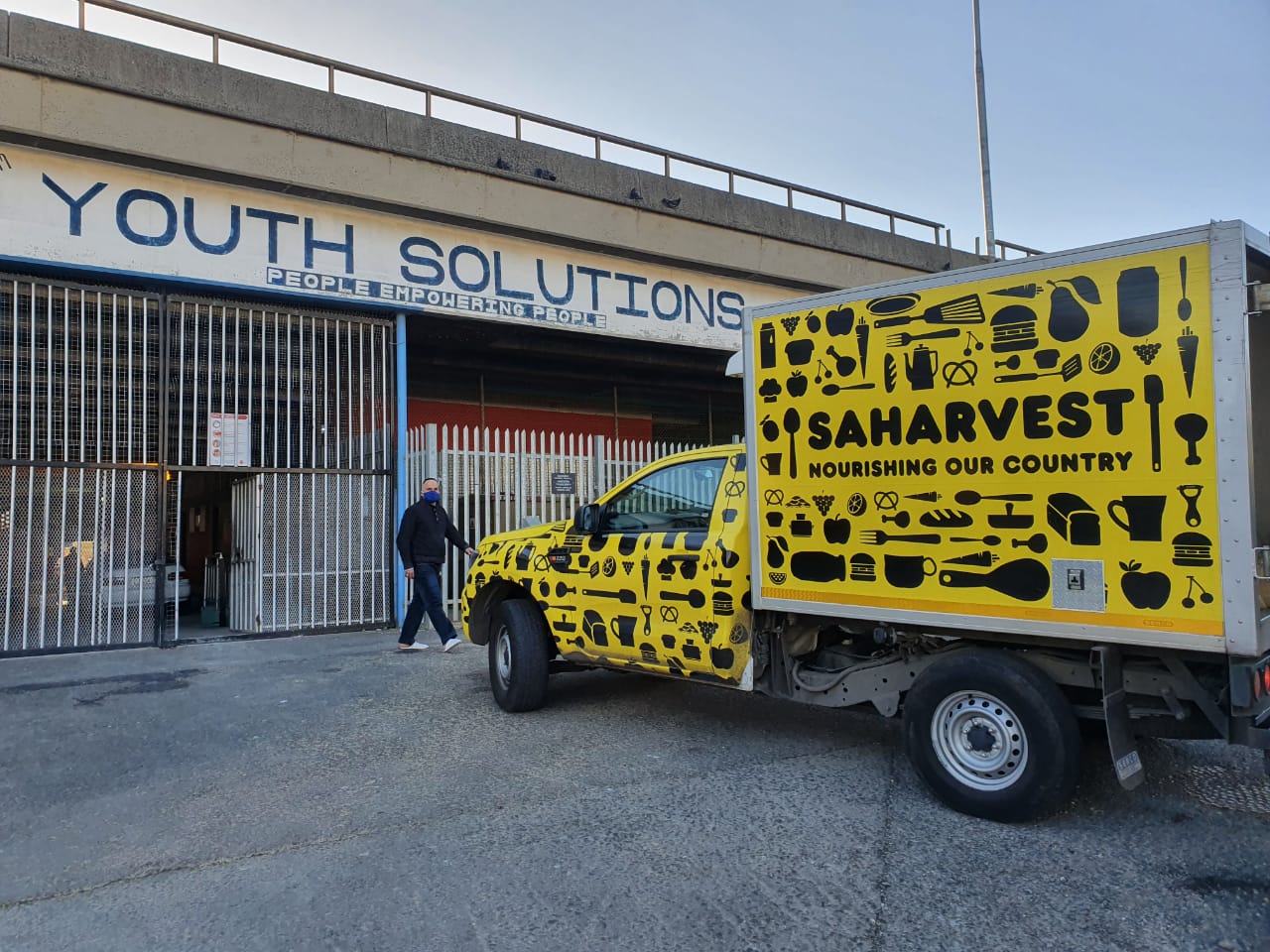 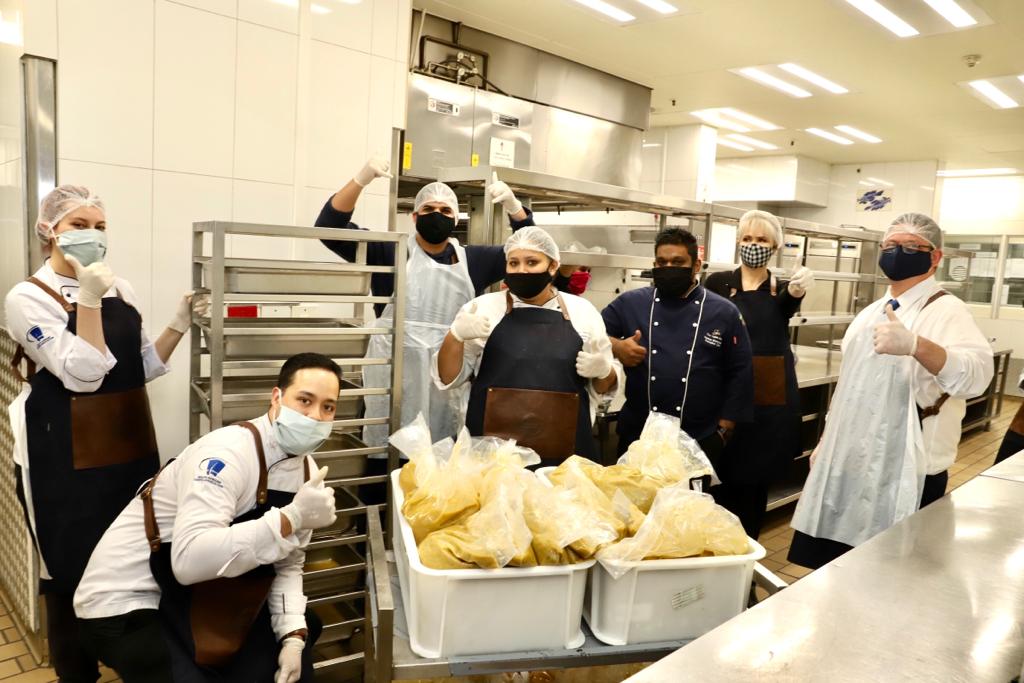 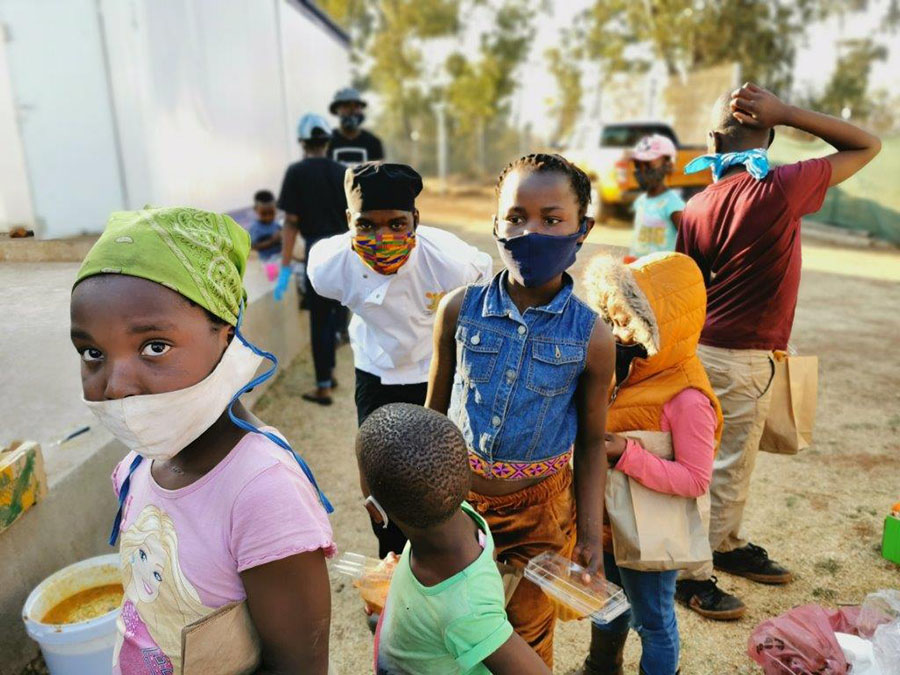 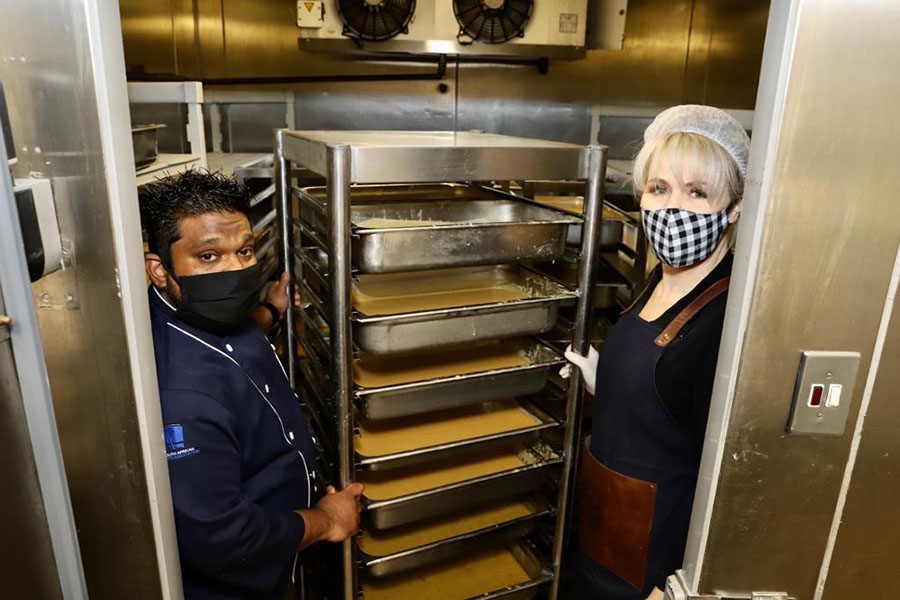 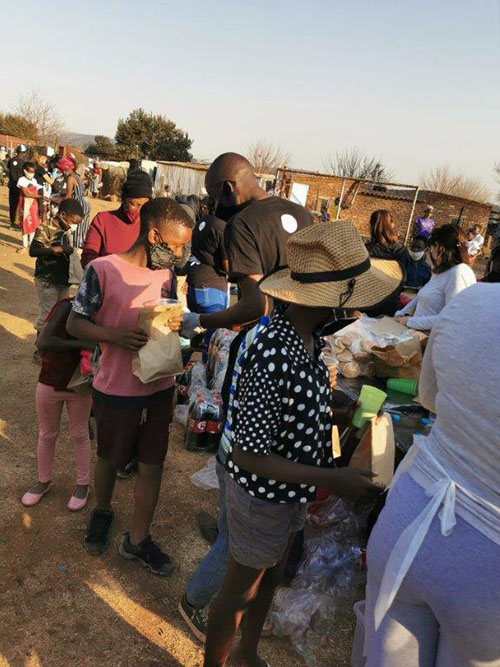 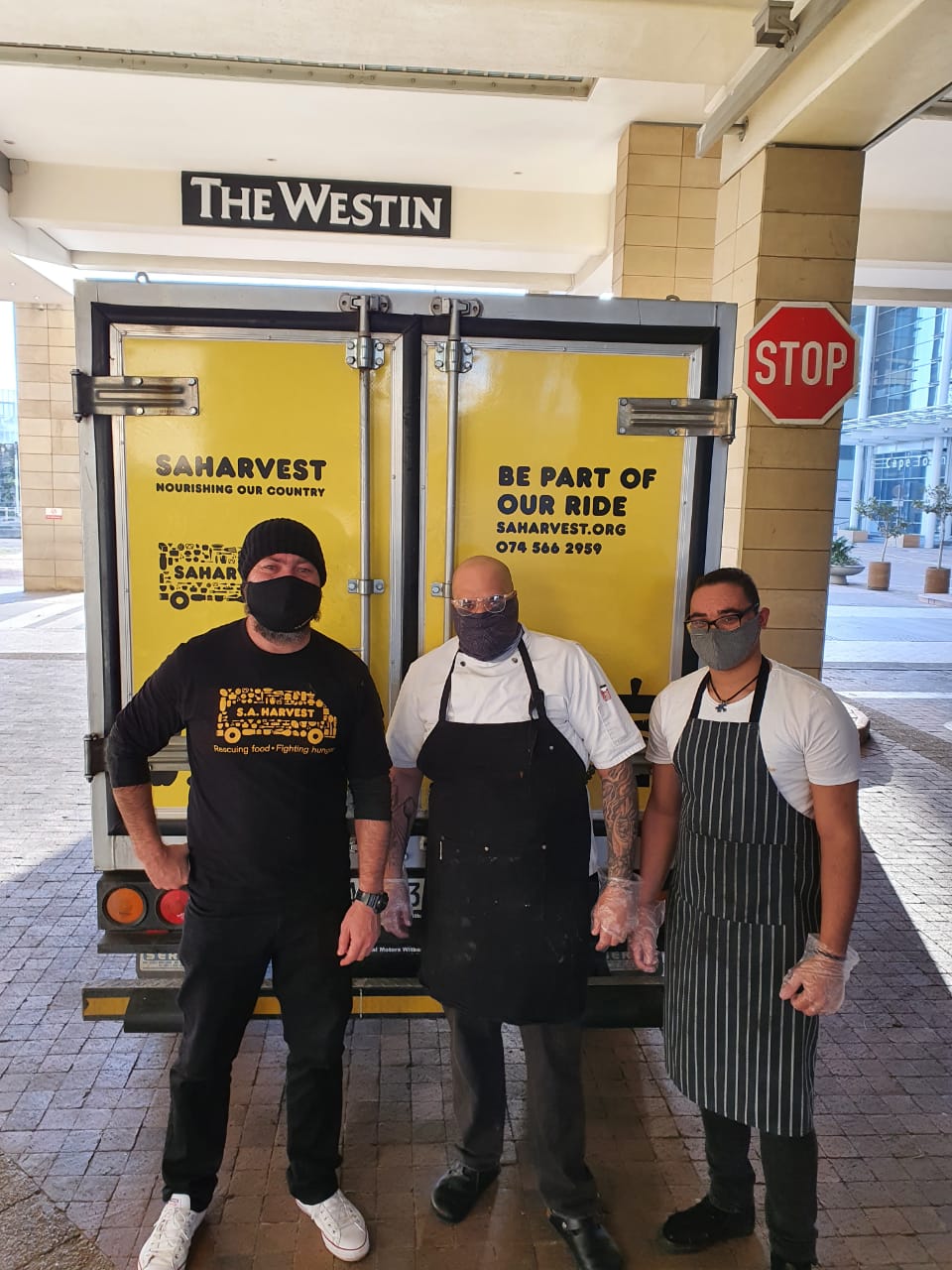