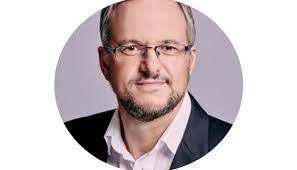 While we are just in the third week of 2022, already so much has happened this year, more proof that the dynamics unleashed by the pandemic and the decline of the ANC still have some way to run.

While our social problems have been exacerbated by Covid-19, perhaps the dominant political dynamic of our time is the almost complete collapse of central political authority. Whether you are President Cyril Ramaphosa, John Steenhuisen or Julius Malema, it seems almost impossible for anyone to really assert themselves.

It’s not a dynamic that is easy to stop. And it leads to huge problems with service delivery. The problems in Joburg, with the disruption of council meetings, and the EFF’s strategy of voting for a DA mayor and then sabotaging her, are not going anywhere.

And Joburg is surely in a better state than Mangaung, Nelson Mandela Bay and so many other parts of the country.

Meanwhile, our governing elite seems focused more on disrupting itself than governing for the good of everyone. The spat over Tourism Minister Lindiwe Sisulu’s opinion piece about judges is proof of that.

However, despite all the shouting and screaming that goes on around us, as a journalist, there is one positive I see emerging from all of this.

Everything is happening out in the open, we can see it all and we know it all and it is impossible to hide.

This was not the case 20 years ago; even 15 years ago it could be difficult to know what happened in an ANC NEC meeting. Now our society, and our politics, is much more open.

It is this transparency, the near certainty of knowing what happened in a meeting, that makes me quite optimistic in a strange way. Because of this voters know what to expect and what they are getting when they vote.

Related to this is the fact that so many politicians and government officials continually want to speak to the media. Again, it was not like this 15 years ago.

To my mind, this suggests that our democracy is deepening in an important way – they know they have to account to voters.

This could all prove to be critically important in the months and years ahead.

However, there is one warning that comes with this. It is the rise of fake news, and the temptation to believe every conspiracy theory that comes along. And this is why it is so important to be vigilant and interrogate what we are told as journalists.

If we don’t do that, the lies and the nonsense will win. But you, as an individual, have to be alert too.

Whether it’s a political report in a newspaper with a questionable owner, or a WhatsApp claiming to properly explain the conspiracy behind vaccines, we cannot simply uncritically believe what we read.

And if we do, there may well be consequences for us later.

Don’t take it from me, ask the Americans and the Brazilians.

Stephen Grootes in a letter to Maverick Insiders 27 January