The ANC National General Council (NGC) of the past weekend offered a mixed bag to South Africans looking for an improved outlook for the country. There was the good, including correctly identifying problems and taking steps to correct them. There was the bad, a lack of taking responsibility for failures and taking steps that may deflect. And there was the ugly, refusing to address serious concerns surrounding visa regulations and proposing a withdrawal from the International Criminal Court (ICC). On balance, the good prevailed though, in my opinion.

The ANC deserves credit for doing much needed soul-searching at the NGC and identifying many of the problems it and the country faces. The sharp decline in ANC membership and the electoral gains by the DA and the EFF were key discussion points at the NGC. It is clear that the ANC realises that it needs to take concrete steps to address this trend. As I have mentioned in previous blogs, I believe that political competition is needed to galvanise the ruling party to perform better. It appears as if the increased pressure is starting to shift thinking within the ANC, but delivery will be key. 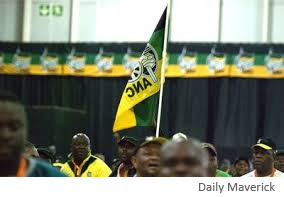 President Zuma hopefully put an end to uncertainty about whether he will step down in 2019 by stating that he will “never ever” stand for a third term as ANC leader. Unfortunately, much uncertainty remains on succession with Nkosazana Dlamini-Zuma and Deputy President Cyril Ramaphosa remaining frontrunners and other players not ruled out. To ensure stability and continuity, I really hope that we have a much more ordered transition of leadership than in 2009 and that the successful candidate garners wide support.

Cadre deployment and the negative impact this had on delivery was addressed. Although it is unlikely that the strategy of deploying cadres will change anytime soon, there is a recognition that the party must make sure that cadres put in government positions are qualified. I see this as a step in the right direction, but still believe that to fully address delivery issues in our country, the government must look wider than cadres. There are many skilled individuals outside the tripartite alliance that could make a big difference and they are being discounted for positions at our peril. 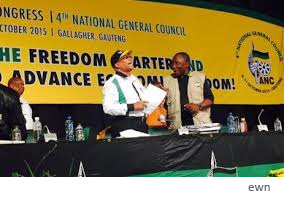 Another positive development is the decision to allow the ANC integrity committee to deal with members who bring the party into disrepute by making binding recommendations about actions against them. The committee is made up of a group of struggle veterans with strong credentials. As mentioned in a previous blog, one of the drivers of corruption (in general) is a lack of accountability. I hope that the additional weight thrown behind the integrity committee will help to increase accountability within the ruling party.

The way that the police deals conflict and protest was a topic of conversation and a decision was made to train the police in crowd control. This is a positive, in my opinion, especially in the light of a likely increase in protests in the run-up to the municipal elections of next year. It is important that people are given the opportunity to raise their concerns peacefully without being harassed by the police.

On the education front, there was discussion about poor maths and science marks, underperforming teachers and the weakness of rural schools. There was also agreement that the Annual National Assessments (ANA) should not be scrapped. However, what I missed was discussions surrounding raising standards, doing more to empower principals and specifics on how to effectively deal with underperforming teachers. This really needs to be a national priority.

Power generation was mentioned at the NGC, with the focus on increasing generation capacity and maintenance. This is good news in the sense that the ANC has reiterated its concerns with regards to our power generation concerns. However, as stated in an earlier blog, I believe that more aggressive solutions are needed to deal with our power needs long-term, with increased private sector participation and deregulation with regards to the selling of generated electricity needed. These issues were not sufficiently addressed, in my opinion.

What was positive though is the call for the national budget to focus more on investment and less on consumption. To deliver this outcome, the government will have to fast track the implementation of the National Development Plan, whilst at the same time exhibiting better fiscal discipline.

The ANC has decided that e-tolls must be implemented, but at the agreed lower rate. This could fit into the bad category, but in my opinion, considering the meaningful outgo to set up the system and the need to maintain Gauteng roads, there is very little option but to proceed. I hope though that the controversy surrounding this process will lead to valuable lessons learnt when it comes to future toll roads in SA.

There were a number of resolutions taken at the NGC that fall in the bad category, in my opinion. As mentioned before, some may feel that e-tolls should fit in here as well. The decision to investigate the feasibility of a media appeals tribunal by Parliament is negative in my opinion. We have a vibrant and independent media in SA and I am not supportive of steps to censor. Instead, in my view, the ANC and government should improve is public relations programme to build and foster a more constructive relationship with the media.

The ANC has launched a study into the feasibility of a wealth tax for rich South Africans. Although the majority of South Africans, many of whom are living in poverty and are unemployed, would file this under the good, I consider this as part of the bad. I am not saying that steps are not needed to address the huge inequality in SA and improve the lives of the poor. I am saying that discussions around a wealth tax are premature, considering the current inefficiencies with government spending and the lack of job-creation within the country. I would like government to get more bang for its current tax revenue buck before looking for further sources of revenue.

I am somewhat cynical when reading about the possible reduction in the number of municipalities in SA as well as a presidential commission to assess a possible reduction in the number of provinces. This may create an opportunity for gerrymandering (a world-wide practice of manipulating electoral borders to favour a particular political party). I hence classify this under the bad until proven otherwise.

Finally, considering the admission at the NGC of the various areas where things have gone wrong, including the reduction in membership, electoral losses, corruption and other, it was unfortunate that no-one was explicitly held responsible. It is good and well to come up with new plans and committees, but in most mature democracies, if political leadership fails to deliver, heads tend to roll. In my opinion, the decision not to even question the current management structure of the ANC has to fall in the bad category.

For me, there were two resolutions from the NGC that were ugly and are likely to be negative for our country. The first is thedecision to stick with the new onerous visa regulations, especially for minors. There is little disagreement that these regulations are having a very detrimental impact on our tourism industry, exactly at a time when the weak rand should be supporting it. At the same time, there is wide disagreement on the extent of the child trafficking problem within SA and whether the new regulations will have the desired effect. We can only hope that the inter-ministerial committee on migration, chaired by Deputy President Ramaphosa, will come up with proposals to mitigate the negative impact of these regulations.

The second is the decision by the NGC for SA to exit the ICC. Although it is correct that there are many respected countries in the world that are not signatories to the Rome Statute (including three of the five permanent members of the UN Security Council), I consider the withdrawal as a setback for global human rights and SA’s standing in the world. With this move, our country has chosen self interest and pragmatism over the idealism of the post-Apartheid period.

Conclusion
In my opinion, the good outweighed the bad and the ugly from the ANC NGC. A number of key decisions have been made that, if implemented correctly, could improve the outlook for our country and for the ANC at the polls. However, implementation is key and sustained pressure on the ruling party is needed. Next year’s municipal elections will be important and as I have stated in a previous blog, it is likely to usher in a period of coalition politics in SA. Hopefully this will help to sustain pressure and improve outcomes.

Did you follow the NGC over the weekend? Do you agree with me that there were a large number of positive developments? Or do you think that the bad and the ugly outweighed the positive? Do you think the ANC is feeling the political pressure and that this will improve delivery? Will we see coalition politics as an important feature from next year onwards? I would love to hear your feedback.

In the mean time, keep your talking straight!