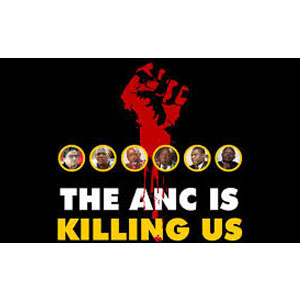 In his book ‘Against Democracy’ Professor Jason Brennan from Georgetown University, highlights voter ignorance as one of the major pitfalls of modern democracies. He distinguishes between voters that are hobbits, hooligans and Vulcans. (Vulcans are the ancient Roman god of fire and smith, hence the word vulcanised rubber).

I would argue that political party insensitivity and straightforward crassness is also one of the major pitfalls of modern democracies.

What does the DA think it intended to achieve with its “The ANC is killing us” slogan as its opening salvo for this year’s election. How can Mmusi Maimane possibly have allowed it?

So incensed was I that I wrote the letter below to Business Day, I also sent it to the DA

I wonder who gives the DA promotional advice? Their slogan “The ANC is killing us” is typical of their inability to understand what will attract voters. In an article “Democracy is not Democratic” Arturo Bris points out that voters fall into three categories: “Hobbits are those who did not bother to learn about politics, and therefore vote in full ignorance; Hooligans are those who follow their own party with the devotion of sports fans and adhere to a certain party, irrespective of past performance and future plans; and Vulcans, a significant minority of people who behave rationally, gather data and vote with full information.”

“Unfortunately” he says “because of the dominance of hobbits and hooligans, democratic outcomes are not only not representative of the majority’s true views, but are also wrong and damaging to the common good.”

Given the youthfulness of our democracy and the diversity of it I would suggest that while it is obvious that we have a number of Hobbit and Hooligan voters in this country, we have more Vulcans than we suspect. These are the only people who are likely to change their vote based on the manifesto and the sloganeering of a prominent political parties. These are the only people who will interrogate the legitimacy of campaign promises.

What does “The ANC is killing you” promise? What does it promote? What does it say that the questioning voter will support? What information does it offer Vulcans that might get them to change their vote?

How about “The ANC is not delivering, We will, Give us a chance”. Vulcans might give that serious thought.