In 1998, 22 years ago, our then Deputy President, Thabo Mbeki in opening of the debate on nation-building commented “This reality is South Africa comprises two nations, underwritten by the perpetuation of the racial, gender and spatial disparities born of a very long period of colonial and apartheid white minority domination, constitutes the material base which reinforces the notion that, indeed, we are not one nation, but two nations. And neither are we becoming one nation. Consequently, also, the objective of national reconciliation is not being realised.”

Really? The question is, 22 years later, have we made any progress?

I have just spent a number of days waking at 05h00 to get my daughter and her paddling partner to qualifying races for the Dusi Canoe Marathon scheduled for the 18 to 20 March. I love it. We drive deep into the bowels of the Valley of 1000 Hills down narrow roads, avoiding wandering Nguni cattle, dodging the ubiquitous taxis and being greeting by local residents. The hillside is populated by family homesteads characterised by a cluster of rondavels and rectangular dwellings, some quite substantial. Dstv disks are evident and the lights seem to be on in most houses, water storage tanks are everywhere.

The 150 paddlers are made up of batches A,B,C,D,E and F of mostly young kids, black and white, male and female, with a significant number of ‘seniors’, and of course the serious competitors like Andy Birkett, Khumbulani Nzimande, the Haw sisters and Chrissie Mackenzie. They are followed around by their seconders in an army of 4×4’s, sponsor vehicles, scramblers, and medical personnel. 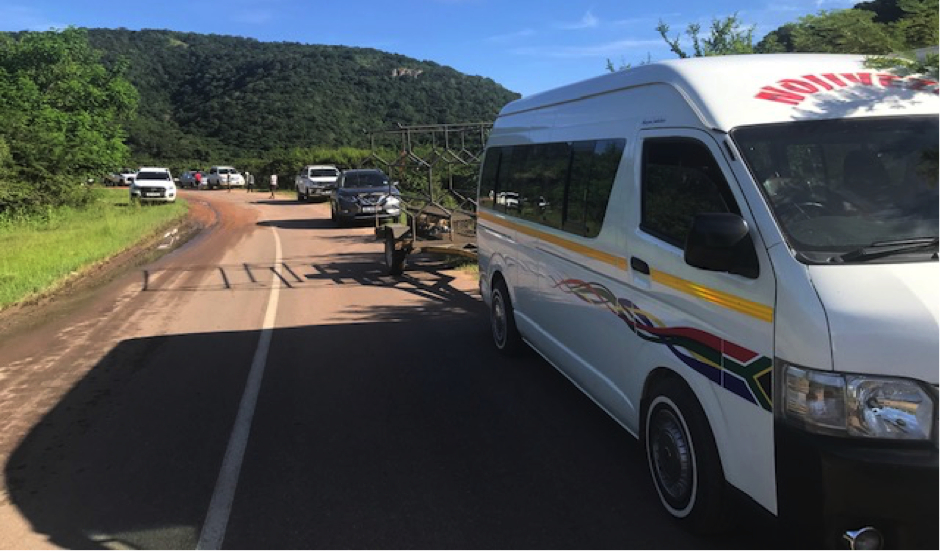 As the batches progress from one section of the river to another an array of names intimidate; Dusi Bridge to Gearbox to Washing Machine to Gauging Weir to Mamba Gorge to name a few, while the cavalcade of vehicles races from one viewpoint to another. Narrow homestead roads are suddenly inundated with 20 or thirty vehicles, scary one-way bridges are filled with vociferous supporters making it difficult for taxis to pass, church services solemnly taking place in the Dusi are distracted by the batches of panting paddlers.

One would think that this invasion would result in some tension, some impatience like “you paddlers come into our neighbourhood for a few week-ends and you think you own the place.” True, for five or six week-ends Mbeki’s ‘two nations’ are in each other’s space, what Mbeki described as ”the white, relatively prosperous, regardless of gender or geographic dispersal…. and the black and poor.”

But are we there as two nations? I didn’t have that sense at all, quite disarmingly the ‘vibe’ was one of genuine hospitality and warmth and in many instances, assistance.

I truly had a sense that I was in the South Africa where I belong, a South Africa of ‘One nation, made up of different peoples getting on with the challenge of nation building’

Regrettably, there are many commentators out there who would have us believe differently. Senior politicians continue to play the race card, the two nations card, when it suits. Witness Minister Mboweni’s tweet “the majority (not all) of white South Africans, seem, at face value to still view black people as hewers of wood and drawers of water= servants.” Malema’s claim that the “judiciary is about the be captured by white monopoly capital.” One wonders what world they live in as they move around in luxury cars, certainly not the Dusi Valley on a training day.

Reputable journalists also play their part claiming that “all whites are invested in and collude with racism.” Recently, some our more functional schools were reprimanded by commentators who chose to focus on race and privilege as a ‘fault’; the theory (not the reality) of what transformation looks like; the two-nations construct; in a way insinuating that whites pupils need to arrive with an admission of guilt if they wish to pass “Go”.

Then there are the cynics, the racists and the afro-pessimists who no matter what……(leave them!)

As I chatted to locals about life in the Dusi valley, about the complications of seeking work in PMB and Pinetown, about crime, about youth unemployment, about the condition of the local schools; as I bumped into many combi vans with trailers ‘Supporting Youth Development’ at most stops; as I witnessed K2’s with black and white paddlers, K1’s with young paddlers*, male and female, black and white; as I stumbled over seconders handing out refreshments to everyone (I was doing the same) as I mingled with this fraternity, paddling sub-culture if you like, I felt that opiniated politicians and detached journalists (‘not all’ as Mboweni says!) are distanced from this South Africa. I sensed that despite the nation- building that is happening on the ground – not only in the Dusi Valley – there is an agenda amongst these commentators to hold onto the racism and two-nations logic of 22 years ago as if no progress has been made. Maybe Mbeki was right then, I’m not sure he is now, we are becoming one nation.

A visit to the Dusi Valley on a training day will give hope of this, it did for me.