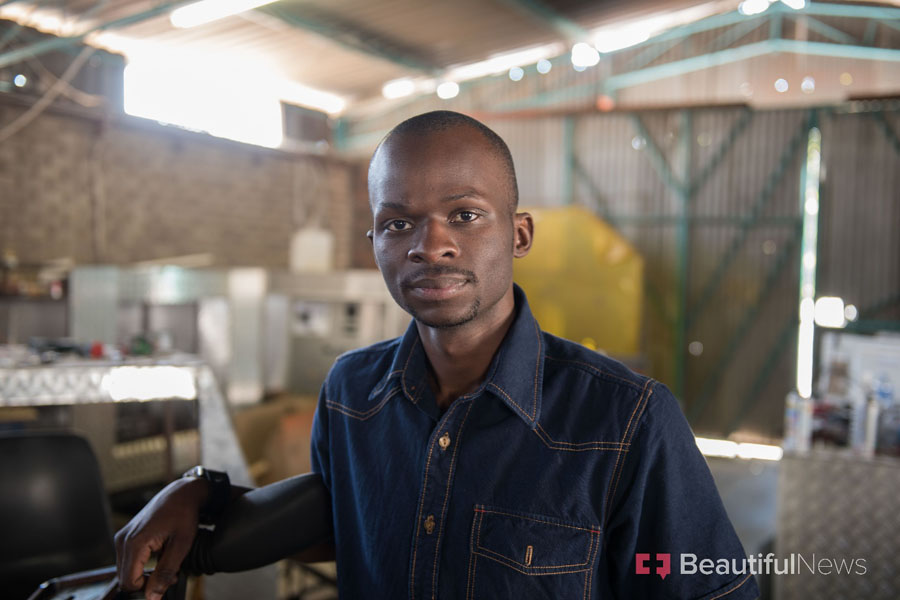 Beautiful News recently released the short-film of Kagiso Domingos who believes that he can change the world through inventing. He says, “It makes me feel proud to know that my inventions are helping people. To watch his video click here 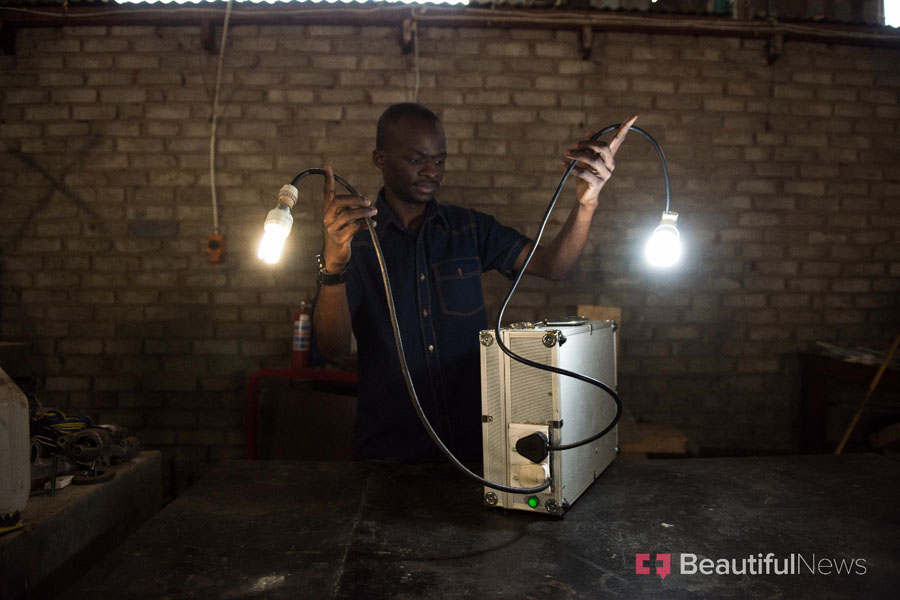 Domingos’ parents couldn’t have been happy when he broke the watch he was given for his birthday. Less so considering he’d already dismantled the television. It wasn’t that Domingos was a destructive child. He was curious. How were people moving inside that box? What moves the hand of a clock? Questions drive the minds of inventors young and old. Domingos was just getting an early start.

While childhood was largely about discovering, through a fair amount of breaking, it wasn’t long before he was creating. By Grade 10, Domingos had produced his first original work – a camera-aided dustbin that could automatically go around picking up waste paper. The contraption won him first prize at the school science expo. After matriculating, the next step was to pursue tertiary qualification through Orbit TVET College, but he dropped out after three months because his courses were too theoretical.

Instead, Domingos got his hands dirty again building a remote-controlled helicopter, a change of plan that his parents only caught wind of when they saw their son take the finished product for a spin. He’s come a long way since then, having committed himself to a life of innovation. Domingos’ latest invention is a mobile power generator that has the potential to bring much-needed electricity to people in remote areas and provide relief during load shedding. The young South African’s dream is that the gadget will one day be used all over the world. As is fitting for an inventor, Domingos has no trouble thinking big and acting bold.

Beautiful News unfolds the untold stories and generates positive conversations about South Africa, showcasing the extra-ordinary yet ordinary South Africans, their humanity, their ideas and their stories while celebrating the spirit and community of the South African people in an authentic way. The multimedia platform is founded by photographer and filmmaker Adrian Steirn who was the visionary of the 21 Icons project that profiled the extraordinary men and women who led South Africa’s journey to democracy and helped to unite its communities. The experience of creating that project made it clear that South Africa has an abundance of people whose untold stories are worthy of celebration.