A really good South African movie – in every way!

I was privileged enough to get a sneak preview of a wholly produced South African movie:-

It’s basically (how we love to use that word here in SA) about a white guy and a black guy who get together to paddle the Duzi. It’s based on true events.

It’s emotional and covers so much of what life serves up. It gets to the heart of many issues in SA on many different levels.

I wiped my own tears of joy, sadness, anger away more than once! (Apologies, I’m a bit like that!)

I was particularly interested in the reaction of my children.

My 11 year old exclaimed “how inspirational – you really can follow your dreams”. She’s too young to understand the colour issues we have in SA, she’s always been at a multi-racial school, brings black friends home, has a sense that we all enjoy the same circumstances, is just becoming sensitive to the visible signs of poverty and is only beginning to learn the meaning of derogatory, racially disparaging language.

My 13 year old pondered “it’s true, we do know very little about our history, our different circumstances, our different cultures, our different languages and what apartheid meant to the country (she’s studying Zulu as a second language). I’m going to sign up to do community service so I can see and learn for myself”.

March 21 marks the beginning of Anti-Racism week around the world. In many respects I think we, in SA, beat up on ourselves on the issue of racism, we blame it for so much (well – everything actually!), we forget the latent goodwill that exists between our different cultural groupings. This movie reminds us of that!

March 21, says Google, “is when the General Assembly of the United Nations declared the International Day for the Elimination of all forms of racial discrimination. 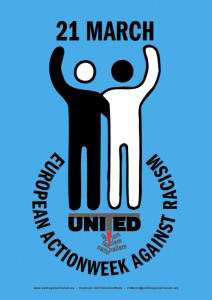 Since the early 1990s, UNITED coordinates every year around 21 March the European Action Week Against Racism. Activists, NGOs, universities, schools, municipalities and a wide variety of different organisations carry out hundreds of activities all around Europe in order to bring an end to racism, discrimination and intolerance.

In SA we have our own The Anti-Racism Network of South Africa (ARNSA) is an alliance of organisations working to respond to racism in South Africa. The Nelson Mandela Foundation and the Ahmed Kathrada Foundation facilitated the formation of ARNSA and currently serve as the secretariat #TakeOnRacism.

I have written so much on the subject of racism and hate speech, but don’t want to get heavy in this article. I’m still so enjoying the story line of “Beyond the River” https://www.sagoodnews.co.za/?s=Racism+hate+speech

So as we mark anti-racism week, let’s think about the challenges we still have, but better still let’s get out your diary and book a night at the movies.