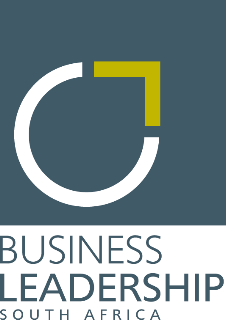 Business Leadership South Africa (BLSA) welcomes the courageous decision by the ANC’s national executive committee – the highest decision-making structure in between national conferences – to recall President Jacob Zuma after his refusal to voluntarily step down.

Bonang Mohale, the CEO of BLSA, said: “The refusal to resign shows Mr Zuma, and his defenders and supporters are driven by nothing more than avarice, myopia and unbridled self-interest, and it demonstrates that he’s uniquely unfit to hold this important office.”

The impasse over his tenure has created debilitating uncertainty for our economy as it has deferred important political calendar events including the delivery of the State of the Nation Address (SONA), which effectively opens Parliament, and has threatened the National Budget’s delivery.

“It’s now important to end the two-week chaos. We urge the ANC’s new leadership to act swiftly, but constitutionally, in removing their deployee from the high office so that work of recovering our future which was imperilled by his ruinous regime – characterised by incompetence, corruption, state capture and low economic growth – can begin in earnest,”.

“The task of rebuilding and strengthening the economy in order to address the triple challenges of poverty, unemployment and inequality cannot be postponed any further”. Mohale added