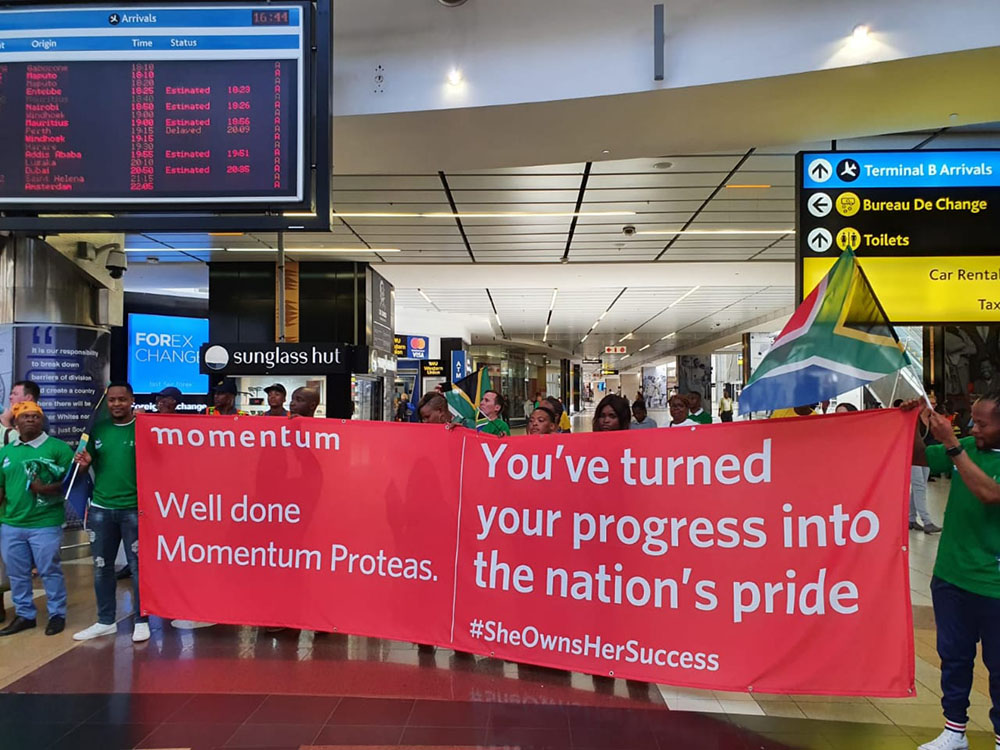 The South African Women’s Cricket team, known as the Momentum Proteas, returned home on Saturday 7 March after a successful ICC World Cup 2020 Tour. Ending top of their group and ultimately 4th after losing against strong contestants Australia on Wednesday, the team has been away from family and loved ones for two months. Ministry of sports, arts and culture sent a message to the team saying, “The character of this team inspires me, you bring hope to so many women who dream of playing sport competitively.” 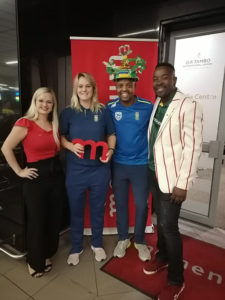 Official sponsors of the team, Momentum in conjunction with Cricket SA made sure that the team received the homecoming they deserved. Welcomed by a sea of green, yellow and gold supporters waving the South African flag, captain Dané van Niekerk said, “When you come back home and get a welcome like we received today, you know that it was all worth it.”

“Women’s cricket is becoming a priority,” says Van Niekerk, “I am so thankful that Momentum is on this journey with us.” Momentum announced their sponsorship of the Proteas Women team on 9 February 2020 and according to Nkosinathi Mahlangu head of Youth Employment at Momentum, “Momentum drives ever-growing support for women in South Africa. We launched a #NoApologyForMySuccess campaign during Women’s Month in August 2019 and this team is a shining example of how determination and passion can lead to success despite all odds. The team has displayed great talent and proved that they are a group of success seekers.”

Although the team feels emotional about not bringing the cup home, van Niekerk said that she could not be more proud of her team. “As a team, the goal is to win a world cup, but the ultimate goal is to get women’s cricket to be one of South Africa’s most popular sports. We not only want to inspire the next generation, but we also want the whole of South Africa to enjoy women’s cricket.”

Hilton Moreeng, Head Coach of the team concludes, “5 runs short of a win shows great growth in the team and the determination of the girls. We have to stay in competitive mode until the next world cup. The only way we will get better is by playing competitive cricket, and we look forward to our ODI with Australia very soon.”

According to the Vice President of Cricket SA, Beresford Williams, “This formidable team of women never participate, they compete. They have made huge breakthroughs for women’s cricket that inspires hope and shows great courage.”

“Through cricket and sport, we can unite the country and inspire young and old to reach their goals. We believe that this partnership can give the players the momentum to their success.” Says Mahlangu.