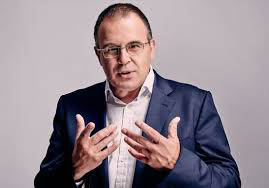 BRUCE WHITFIELD: Dear Mr President, it’s time to take some tips from Jeff Bezos as you prepare for SONA

Bruce Whitfield offers 14 Leadership principles to our President before the SONA address, they make good reading, I have summarised them below.

Ahead of your third State of the Nation Address (Sona) this week, might I venture a couple of thoughts, courtesy of Jeff Bezos, the outgoing CEO of Amazon. I know it might not be particularly PC —  his track record on wages and working conditions is not great —  but he has single-handedly led and inspired the creation of a company worth R20-trillion in the same time as SA has had democracy. He must have done some things right.

Consider that Amazon employs 1.3 million people and serves customers around the globe, of whom 150-million have accounts. SA, meanwhile, has twice as many civil servants who are asked to look after the collective interests of just 60-million people, most of them within the borders of the country.

Imagine how much more effective your government could be, if you changed a few things. So, might I suggest framing this year’s Sona around Amazon’s 14 principles?

This is how those principles could make a difference:

Imagine if your government was able to obsess over its citizens and their needs, before considering how best to serve itself or worrying what opposition political parties were up to.

At Amazon, leaders are taught to think like “owners”, but we can substitute that with “custodians” in our context.

When you look at the queues outside Sassa offices and then hear the waffle around “fourth Industrial Revolution”, don’t you wish that the government had more of an innovation and invention mindset?

Amazon’s leaders hire the sorts of people who make them look good, through their ability to continually innovate and invent better ways of serving customers. They help themselves to ideas from everywhere, to improve the customer experience. Just imagine if everyone in your government thought like that.

Having the right leaders in place means having people who have a good sense of judgment and good instincts about what the right thing is to do.

They seek dissent to challenge their own beliefs and ideas, but ultimately can make a call about the direction of the business.

At the risk of being ageist, bar a handful of smart younger appointments to high office, once you became president, you didn’t surround yourself with people who are adept at learning new and innovative ways of serving SA’s citizens. Great leaders have an insatiable curiosity about new possibilities and work out ways to explore new opportunities, while constantly doing the job expected of them.

Looking at evidence led at the Zondo Commission and elsewhere, there does at least seem to be plenty of curiosity — but this trait has tragically been exploited by the corrupt to advance their personal interests rather than those of the country.

The ANC’s patronage system means that until you figure out a way to promote people on the basis of talent, you are never going to progress.

Former FNB CEO Michael Jordaan insisted that he hired people smarter than him in their specific disciplines because he knew it would lead to better outcomes for the business he ran and would build his image as a leader.

Leaders develop leaders and are serious about their role in coaching others, says Amazon.

Great leaders are relentless in their pursuit of the highest possible standards. Often, staff might think those standards to be unreasonable and they leave, but this clears the way for people who are more ambitious and hungry for success. Imagine if, for example, the leadership of the SA Post Office was fixated on ensuring it delivered services for citizens that were comparable to those of courier companies which have emerged thanks to its failure? Imagine if SAA was run with the same obsessive attention to detail as FlySafair?

Leaders at Amazon are expected to fix problems in a way that they stay fixed.

Over many years of attending the World Economic Forum at Davos, I have noticed how our national sense of self-confidence has been corroded by insecurity and doubt.

The Amazon lesson teaches us that those who think small will find that it’s a self-fulfilling prophecy. Leaders create and communicate a bold direction that inspires results.

Boy, is your government bad at this. I am not sure where you guys keep all the plans you talk about, but it must be a very big dusty warehouse with plenty of room for hot air.

Amazon works on the basis that speed matters in business; imagine if your government took the same approach?

Finance Ministers have been talking about this for years. The message appears to be hitting home finally, but we’re often warned that if we don’t throw money at the problem, we won’t be able to expect the same level of service.

Were you to study the world’s most successful businesses, particularly the way they work during times of recession and difficulty like the globe is going through today, you’ll see that companies are

On his first day in office, US President Joe Biden warned staff at the White House that he would fire anyone who spoke disrespectfully to colleagues.

Amazon says its leaders listen attentively, speak candidly, and treat others respectfully. They are, however, self-critical and (I like this bit) do not believe that their team’s body odour smells of perfume.

They benchmark themselves and their teams against the best.

Adrian Gore, the founder of Discovery, will tell you that he takes nothing at face value. He challenges everything he is told, to ensure that he fully understands the issues that face his business.

At Amazon, leaders are encouraged to operate at all levels, stay connected to the details, audit frequently, and are sceptical when metrics and anecdote differ. No task is beneath them.

How many people in your cabinet Mr President can honestly say the same?

This is a big one, Mr President. The last time I chatted to Adam Habib, as he was leaving to work in London, he was frustrated at your apparent inability to make the big decisions in a way that would stick, and become entrenched in the government.

Your consensus-building strategy has stood you in good stead over the decades, and I understand its utility — but Amazon’s no-nonsense culture can teach us all a thing or two.

Finally, leaders set ambitious goals and work to achieve them. Of course, it’s hard. If it were easy, anyone could do it.

Now imagine, Mr President, if you had a government that thought like that.