So the Budget Speech 2017 has come and gone.

I watched the interview with Ministers Gordhan and Jonas the evening before.

All good stuff and perfect common sense, but transformation does not excite investment, policy certainty does.

You can’t have growth without investment, and you can’t have investment without policy certainty’ should have been at the core of the Minister’s message.

His concluding comments should have placed more emphasis on the challenge of exciting local and global investment (italics – my words): 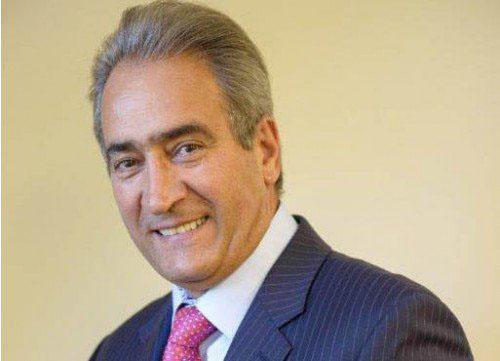 As Iraj Abedian emphasised “If the corporate sector is sitting on between R600 and R800 billion they are losing money, to make money you have to invest.

“But how can you invest when there is no policy certainty on power supply, water supply, health insurance, infrastructure build, mining legislation, agriculture, land redistribution, State owned enterprises and a whole lot more?”

The obvious worry about creating an investor-nervous or investor-shy anxiety is that once a head has been turned it is mostly permanently focussed elsewhere.

The Ratings agencies, while welcoming Government’s commitment to fiscal consolidation all expressed concern regarding political expediency getting in the way of economic reform.

Says Jan Friederich of Fitch “factional tensions in the governing African National Congress, which are diverting political energy from economic reform and may lead to policies that raise fiscal deficits or undermine the stability of state-owned enterprises”.

Two weeks ago I wrote with enthusiasm and pride about how TeamSA acquitted themselves at Davos.

Milestones and deadlines did not materialise.

I think the improvements on social spend were in order, there is more than enough evidence to prove that this has encouraged entrepreneurship at the ‘bottom of the pyramid’ in an ‘unintended’ way – just drive through the Transkei, Nkuhlu- Hazyview, Bushbuck Ridge and, and – witness the building yards and the construction of Bryanston-like houses.

We also have the informal sector in which much of this ‘social spend’ resides, estimated to be worth R850 billion per annum and absorbing 6.5 million of the ‘officially’ unemployed in some sort of economic activity. (SARS, please try and grow your tax net into this sector?).

I was happy to see student leader acceptance, by and large, of the allocation to tertiary education.

Nice to know that for every bottle of whiskey I drink I’m giving a tot or two to Pravin, I hope he enjoys the relief! Please tell Brian he can’t have!

In conclusion, and on a lighter note, my friend Alec Hogg tells me: “Biznews has enjoyed a close relationship with Rhodes University tax professor Matthew Lester. And this most entertaining of chartered accountants must be credited with passing on a rare bit of good news.

Finance Minister Pravin Gordhan has opened up a very useful tax planning tool for members of South Africa’s “missing middle” – those earning up to R600 000 a year. Provided their employers play along, they can now receive part of their income as a tax-free bursary for the education costs of their relatives.

Matthew explained at a BDO-sponsored post-Budget presentation that hidden in the Budget’s small print is a facility for businesses to give bursaries of up to R60 000 for university students and R20 000 for school. Even if the staff member were to negotiate this as a salary sacrifice, the saving is significant – fees being paid from pre- rather than post-tax income.

But the first prize would be when companies embrace the concept by introducing a comprehensive bursary scheme as part of their contribution to the education crisis. And it’s tax efficient – and just the ticket to enhance staff engagement.

Nice way to end this newsletter!