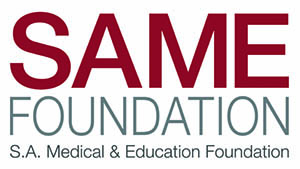 The MMSA – hosted at a school in the region – has state-of-the-art learning facilities, including five fully furnished and equipped classrooms, three science labs, and a computer centre. The Academy will take in learners from up to 20 surrounding schools, who will be tutored and taught skills in science and mathematics by the highly qualified educators of the MMSA.

Masia is a rural community situated south of the Luvuvhu river in Limpopo. The area and surrounding communities are characterised by undesirable conditions such as high illiteracy, poverty, as well as child-headed families. These shared resources along with the MMSA tutoring program will greatly improve the quality of STEM (Science, Technology, Engineering and Mathematics) education in the region.

At the opening ceremony, Chief (Vho-Thovhele) Nthumeni Masia noted the link between high crime levels and low education levels in our society saying education is the only effective way to combat the scourge of crime and corruption in our society.

The MMSA is set up as a standalone NPO and will offer education programmes to learners in Masia the region which will encourage them to stay in school and get an education, with vision of a better future for themselves and the community. The MMSA will offer a Mathematics and Science Academy programme for seniors, a junior Mathematics Pioneers Programme and a homework assistance programme for primary school learners.

The National Spokesperson of the Department of Basic Education Elijah Mhlanga stressed the criticalness of this Academy, thanking the SAME Foundation as an important and key role player in its success. He thanked each donor present, including Scania, Supra Healthcare, ThermoFisher Scientific, Distell Development Trust, Net1, and Toyota Industrial Equipment.

Prof. Joseph Francis, representing the University of Venda was visibly excited at the prospect of what the Academy would do for the region. He went on to pledge his support as a representative of the University and reaffirmed their commitment in assisting the MMSA staff.

Tyrone Pols, Spokesperson of SAME concluded “this project shows the magnitude of what we can achieve when working together towards a common goal. SAME is the vehicle that has allowed this Academy to become a reality, but without the ideas, effort, involvement and support from the community and the private sector, it would still have been a dream”.

The project is a collaboration between SAME, the Masia Traditional Council, the Masia Development Agency, the Masia Maths and Science Academy, the National and Limpopo Departments of Education as well as the corporate donors who funded the project.