Natasha Marrian in the FM reports on the cabinet reshuffle 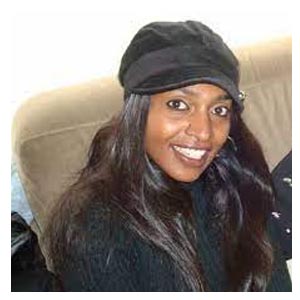 President Cyril Ramaphosa brought his friends close and kept his enemies closer in a far-reaching cabinet reshuffle late on Thursday.

The move indicates that Ramaphosa feels more secure in his post — as he brought in his key allies — since his opponents in the radical economic transformation faction have largely been neutralised, with the suspension of ANC secretary-general Ace Magashule and the jailing of former president Jacob Zuma.

However, his reshuffle also reflects a Ramaphosa-esque level of caution.

Ramaphosa’s staunchest backers were brought into the cabinet and given prominent portfolios — Joe Phahla is the new health minister, Mondli Gungubele replaced Jackson Mthembu as minister in the presidency and Enoch Godongwana was appointed finance minister — the three were not in the cabinet ahead of the reshuffle, after Ramaphosa had to appoint ANC leaders across factional lines — to the exclusion of many of his own allies — in his initial cabinet in 2019 to unite the fractured party in the aftermath of his election at Nasrec in 2017.

The trio were key to his 2017 campaign for the ANC presidency, Phahla was the head of his campaign and Gungubele and Godongwana played central roles too.

Gungubele, a former mayor of Ekurhuleni credited for steering the sprawling metro successfully for nearly a decade, was a fierce critic of former president Jacob Zuma and played a key role in parliament during the inquiry into state capture allegations at Eskom. He is outspoken against corruption in the ANC NEC and Ramaphosa can count on him to back his positions in the ANC’s 80-strong leadership body.

Godongwana takes on a rather poisoned chalice as he replaces Tito Mboweni, who has wanted out of the tough post for a while now. Godongwana’s appointment comes after months of searching for a replacement for Mboweni — with approaches made to the SA Reserve Bank governor Lesetja Kganyago, who had apparently twice turned it down.

While insiders say Godongwana, a former trade unionist, would be useful in dealing with the ANC’s labour allies, he is also known to the market. He was vocal about the danger of nationalising the SA Reserve Bank at the Nasrec conference and is seen as more practical than radical when it comes to economic policy.