The State of the Nation Address – What will the BIG issues be?
by Steuart Pennington 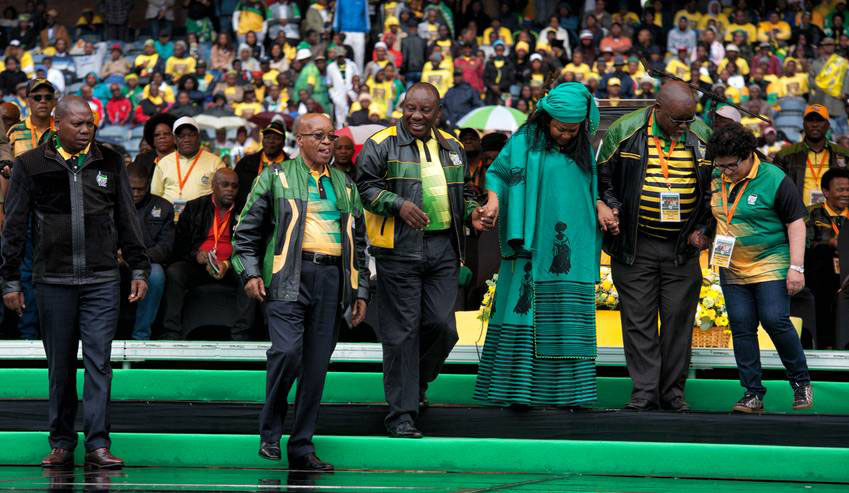 The dramatic ‘unthinkable’ stuff may well turn out to be:

1)    The ‘succession debate’ opened with the announcement of a Cabinet re-shuffle in which Nkosazana Dlamini-Zuma (NDZ) is either positioned as a Minister in the Presidency – read… President-elect, or even worse as Minister of Finance – read… final blow for Treasury. There may be other moves too as our President re-arranges his gnathonic acolytes to consolidate his preferred chain-of-command when he steps down as ANC leader at the end of the year.

Will we hear of Cyril Ramaphosa and Zweli Mkize, or will we hear more about NDZ, Baleka Mbete , Gwede Mantashe and Des Van Rooyen?

Alec Hogg writes, “For South Africa, this is a big week in a big year. The country’s erratic leader, in whom dictator-like power resides, has supposedly been preparing to launch another misguided economic missile. He has apparently prepared his ANC cohorts. The nation will be brought into the picture on Thursday night.

Some maintain Jacob Zuma will use his State of the Nation address to announce the “redeployment” of respected Finance Minister Pravin Gordhan. The rumour mill says Gordhan will be replaced by Zuma’s ex-wife, an over-promoted politician with Presidential ambitions who has freshly returned from an under whelming stint as head of the African Union.

Others believe that Zuma learnt the folly of taking on global markets during Nenegate. They reckon the recent strength of the exchange rate suggests there will be no repeat of that blunder. On the other hand, the Rand has also received considerable support lately through hard currency inflows from the R1.4trn sale of SAB Miller to InBev.

We will get the answers soon enough. Tomorrow Zuma hosts a pre-State of the Nation luncheon with SA’s business leaders. It is the ideal opportunity to prepare them for Gordhan’s exit. Or allay their fears on the subject, which will be the perfect way to thank them for unprecedented collaboration over the past year. A big week indeed.”

Key question: Has Nenegate learned our President a lesson?

3)    Populist rhetoric will predominate as the President chooses to ignore the contribution of his deputy-President Cyril Ramaphosa at Davos, the significantly improved contribution of the growing collaboration between Government, Labour and the Private Sector headed by his deputy, and the growing signs of a stabilizing currency and a possible economic up-tick.

Instead, we be subjected to a large amount of vitriol on the extent of racism still abounding in SA and the importance of Hate Speech legislation.

Will we hear a Motherhood-and-apple-pie speech designed to calm the Ratings Agencies, encourage investment, enhance our global reputation and pacify the general public as the ANC struggles with ailing support, internal dissention, self-interest and terminal division behind closed doors as it tries to get itself organised before the end of this year?

Here’s what some commentators had to say:
Business Day (6 Feb) “President Jacob Zuma’s state of the nation address on Thursday evening is likely to dominate the week. The ANC is sending its top leaders to visit Cape Town communities in the run-up to the speech.

ANC supporters will watch the speech on large screens erected on the Grand Parade.

For the first time Zuma will leave the National Assembly after his speech to address them there.

The EFF says it will try to prevent Zuma from speaking. It will first argue that Zuma should not be allowed to address the joint sitting of Parliament and if this is rejected by speaker Baleka Mbete — which is certain — they will be using the rules of Parliament in a bid to prevent him from doing so. This could lead to scuffles with parliamentary protection services if the proceedings become ungovernable, as they have done in the past. 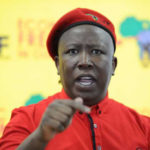 EFF supporters will also be gathering outside the parliamentary precinct to voice their opposition to what they regard as an illegitimate president who has violated the Constitution. Here again conflict with the police could arise as it has before. 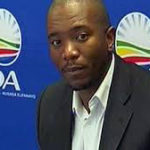 DA leader Mmusi Maimane will be addressing diplomats and the media on Wednesday in what could be seen as the DA’s alternative to Zuma’s speech.

Maimane’s speech — Rescue Mission for a Lost Generation — will outline the DA’s alternative policy proposals for the future.

Zuma will laud the achievements of the ANC government and will emphasise that more has to be done with regard to radical economic transformation.

On Tuesday Maimane will lead a picket outside the offices of Gauteng premier David Makhura to protest against the deaths of 94 mentally ill patients after they were removed by the Gauteng health department from the Life Esidimeni hospital. 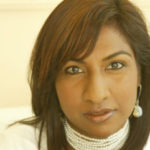 “Aside from President Jacob Zuma, there are not many people who will claim that all is well in the ANC. The results of last year’s local government elections forced the ANC to confront the possibility that it might lose power in 2019. There has since been an array of interventions to deal with the crisis. From holding a national consultative conference (NCC), asking the ANC national executive committee (NEC) to step down, forcing Zuma to leave office and giving greater powers to ANC branches, there are plenty of proposals on the table. For the ANC to survive, one or more of these strategies needs to work before the year is out.

“It may be possible at some point to salvage the ANC from this race to the bottom. But it is also equally possible that the ANC may so thoroughly discredit itself that there may be nothing to salvage.” 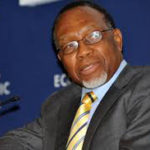 These were the words of former President Kgalema Motlanthe in an interview published in City Press last year. He also said those in the higher echelons of the party only wanted to adhere to the ANC constitution selectively.

“In the absence of a countervailing, rigorous internal democracy, power and the system of governance have simply gobbled up many of the leaders of the ANC. The body of ANC leaders involved in government is overwhelmingly large. They no longer rely on reason. In the past, the ANC always prided itself on relying on a superior argument. Now, it’s numbers they rely on,” said Motlanthe.

Therefore, it is devastating for someone with intimate knowledge of the ANC to say:

“As a governing party, it increasingly lost its ability to be representative of ordinary people.”

Under these circumstances, our President – back against the wall within his own party and with the public at large what will he do?

Like most ‘desperate’ politicians he will try and consolidate his ailing powerbase, but as James Motlatsi, founding President of the National Union of Mineworkers and current chair of TEBA said, “Our people may be poor but they are not stupid.”