History can teach us, and give us hope! 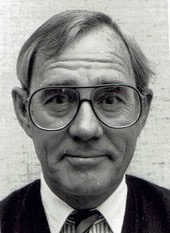 The father of modern economics, Adam Smith, once remarked that there’s a ‘great deal of ruin in a nation,’ by which he meant that it takes an awful lot of bungling by political leaders to bring down a powerful and prosperous state.

History records a famous exchange between Smith and Sir John Sinclair followed the British surrender at Saratoga. The two battles of Saratoga were fought eighteen days apart in the autumn of 1777, and were turning points in the American Revolution.

On September 19th, 1777, British General Sir John Burgoyne achieved a small, but costly victory over American forces led by Horatio Gates and Benedict Arnold, prompting Sir John to remark: ‘If we go on at this rate, the nation must be ruined.’ He was referring, of course, to Britain.

To which Smith replied: ‘Be assured young friend, that there is a great deal of ruin in a nation’.

More than three centuries later Smith’s wisdom holds. One has only to look at the recovery, from military destruction to modern prosperity, of the likes of Germany and Japan generously assisted, of course, by their conquerors, the USA.

And then there has been the transformation, from dreary and crushed Communist backwaters, of the nations of Eastern Europe, for decades squeezed under Russia’s iron and draconian grip, to thriving, modern members of the free world.

It was my pleasure recently to cruise on the River Danube, visiting countries which were once victims of those ideological evils, Nazism and communism. These are today vibrant members of the Free World rescued from the vicious dictates of communism and Nazism by the generosity and vision of the Free World led by what collectivists call The Great Satan, the good old USA. 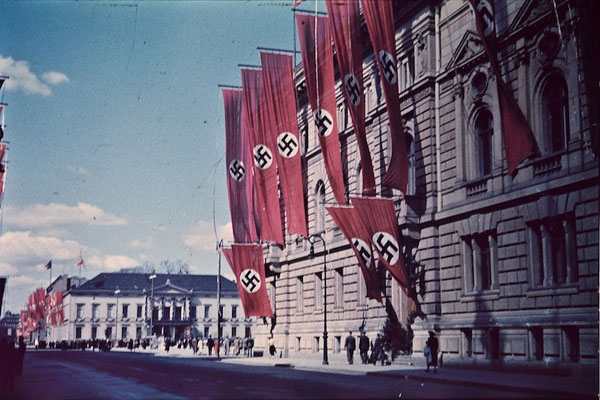 They are today vibrant democracies with low inflation, good growth, low unemployment, low GINI coefficients, low rates of crime, fine universities and excellent health care and so on. Their streets are clean and well-maintained, traffic flows smoothly, people are polite, service is excellent and one always feels safe.

One can ask: Why? Because these nations opted for freedom, including free markets, freedom of movement, of speech and of association. They are not bossed about by politicians and civil servants telling them with whom they must do business and who must own the enterprises they create.

For these people the less authority the state exercises the better. And the less say and stake that the government has in the economy the better the economy functions.

It is puzzling that politicians, usually with zero or few qualifications, believe they are equipped to run airlines, banks, power and water utilities, road systems, hospitals and on and on when all the evidence is that state-run enterprises are usually useless, costly and corrupt.

We in our benighted South Africa are history’s witnesses to a mob of corrupt gangsters whose greed and amorality threatens to ruin our nation, a nation in which there remains, despite our rulers’ best efforts at destruction, a great deal to ruin. 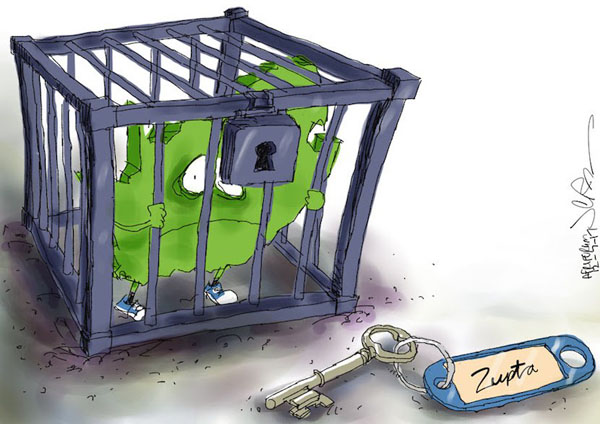 These criminals, led by that amoral thug, Jacob Zuma, seek to suck dry our nation, to ruin it in their quest for personal wealth, to place themselves beyond the reach of civilised law and order, and then to wallow in stolen national treasure in the height of luxury in a lawless Arab state.

The Sunday Times has reported that as the well-known leaked e-mails have shown, Zuma’s son and Gupta family partner, Duduzane, through one of the companies he co-owns with the Guptas, Wens Holdings Ltd, registered in Dubai, bought an apartment in Burj Khalifa worth 5-million United Arab Emirates dirham, equivalent to R18-million.

The apartment has an area of about 175m2 and was acquired in December 2015 with a deposit equivalent to R1.8m.

Duduzane never responded to SMSs from The Times or returned phone calls.

Presumably, exchange control approval was obtained for this curious purchase and all has been disclosed to SARS. Presumably. 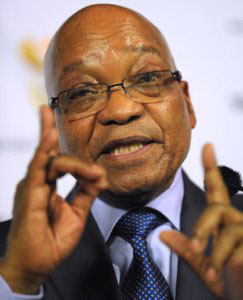 Zuma was recently quoted as saying that it is God who selects leaders. Now, we know our esteemed president is not long on religious or academic matters. He is a philanderer of note with what is, apparently, a limitless sexual appetite which has landed him in court more than once. He also faces 783 criminal charges of corruption, money laundering and so on.

But, if he is correct, then God has much for which to answer. After all, He created Genghis Khan, Adolph Hitler, Joseph Stalin (more than 100m slaughtered by their joint efforts) and other mass murderers.

But Zuma is an intellectual midget, far more concerned with his lower parts than with sensible governance and the well-being of his people.

When he goes, 55m South Africans should raise their voices to heaven and cry: “Good riddance!”