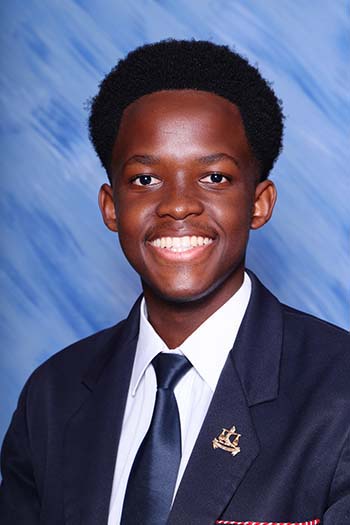 “This may seem obvious, but in exactly 6 days it will be Sunday. Now initially that may seem unimportant to you, but I can assure you that Sunday marks something momentous, historical, generation defining. For a whole 24 hours we will not have to see the staff and they won’t have to see us. Now obviously I am joking, but Sunday does indeed mark something momentous, historical and generation defining.

To those of you who know, this day is reserved as the day where we as South Africans collectively recognize the struggle for human rights for all. I think it is important that we are all aware of the history of this day, and so allow me to take you on a trip down memory lane.

Just about 61 years ago on 21 March 1960 a group of demonstrators gathered outside Sharpeville police station. Initially the crowd was estimated at about 10 000 and they were there to offer themselves up for arrest for refusal to carry their passes. These were the passes that restricted and controlled travel, dictating when, where, and for how long black South Africans could stay within white areas. Initially the atmosphere was described as peaceful and rather festive but, as the crowd grew, the police officers started to worry more and more until the crowd amounted to about 20 000.

There is some debate about what sparked the violence, but around the early afternoon the police officers started firing on the demonstrators. The incident left 69 dead as well as 180 people injured. In 1996 Nelson Mandela declared 21 March should be recognized as national Human Rights Day in memory of the happenings and in celebration of the newly-established freedom for all South Africans.

Along with this came the launch of the South African Human Rights Commission, a non-profit organization which aims to support constitutional democracy through promoting, protecting and monitoring the attainment of everyone’s human rights in South Africa without fear, favour or prejudice.

21 March is solemnly remembered as the Sharpeville Massacre, and we honour those who gave up their lives for the struggle on that day.

Even though this event happened what seems like eons ago, there were still decades of conflict that followed this. Few of us here may know people who were around in that time. Maybe even fewer of us know people who were there at Sharpeville, but regardless of that this day should affect us all. With all its horror and meaning the day has relevance that we as young… and old… people should be able to embrace whole-heartedly. Even though the apartheid regime was officially dismantled by 1994, it would be naïve of us to believe that everywhere things are currently in order. It’s not at all far-fetched to think that somewhere somehow people are still engaged in a constant struggle for their human rights. Whether it be their access to healthcare, food, water or their access to social security. We need to acknowledge that we do have a connection to the past and it still has a prevalence today, and so while you think there is no way to effectively commemorate the day, there is. You can donate to organisations that are set up to uplift and maintain the human rights of masses, like the SAHRC I previously mentioned or People Against Suffering, Suppression, Oppression and Poverty (PASSOP).

I think the biggest mistake we make today is that we think that by acknowledging the past we revitalize the demons that dwelled in it, but this couldn’t be further from the truth. Self-interrogation can allow people like us who have immense privilege to learn how we may sometimes fall short. How we can sometimes do more, and I think that each and every one of us here has both the capacity and the capability for that self-interrogation.

So, when this Sunday comes about, if you don’t do anything else, just reflect. Maybe reflect on what I have said here today or reflect on your own understanding of what Human Rights Day is and what it may mean to you or your friends or your family. I, for one, believe that it will contribute to your becoming not only a more holistic Michaelhouse boy but also a more holistic South African. So, while you are lying in your bed or working at your desk or playing on the fields or practising in the Music School, just keep a few of these things in mind”.