I was born in a deeply divided South Africa. A country that was clear about the division – whites and non-whites. But if you were Chinese, you were ‘more white than black’ so you were an ‘honorary white’. 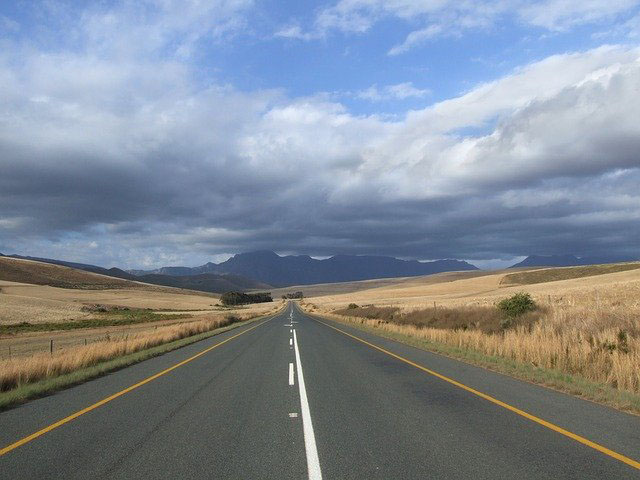 In the ‘old days’ white people could walk into a shop using the front entrance and the black people had to use the back door. There were park benches for ‘blankes’ (whites) and ‘nie blankes’ (non-whites). There were bus shelters for blacks and different ones for whites. I remember on cold winter’s mornings seeing the blue ‘Putco’ buses bring black workers from the township of Soweto, driving through the white suburbs of Johannesburg. These buses were obviously not maintained as they were filthy and there was black smoke billowing out from underneath and behind. The back of the bus was pitch black. They were rammed to beyond capacity and the windows had fogged over. All along the bus windows where circles wiped out and black faces peering out at the ‘white’ world.

Mom and I had a maid. Her name was Margaret, but I was only 18 months old and couldn’t say ‘Margaret’. I called her Mugga. Mugga used to tie me on her back with a blanket while she did the housework. African women across the continent use brightly coloured blankets to keep their children firmly on their backs – the most delightful sight is seeing the baby’s bottom hang down the middle of their mom’s back. Mugga used to do our washing in the bath and one of my earliest memories is looking over Mugga’s head, while she leaned over the bath, scrunched our clothes in the water.

The biggest personal turning point for me was in Standard 7, in 1986, the year at school when I was 14/15 years old. The ‘underground’ opposition (to the government) had launched a series of bomb attacks across South Africa. Their voices had not been heard, and they were stepping up their action in the fight for equality. We heard of bombs on the news – a few blown out windows and cordons across roads while investigations where on-going. But our news was heavily censored.

I vividly remember opening an ‘overseas’ magazine to a spread of photographs about the bombs in South Africa. On these glossy, and foreign pages, I was confronted with bodies strewn across roads, cars burnt out, blood on the pavements… and this happened only 40 km from my home. Why did I not know the reality of the situation and why was I, and the rest of South Africa not told the truth? In that classroom, I realised that something wasn’t right and that we were not being told the truth about what was really going on in our country. From that moment I was a different person…

It is difficult for people outside of South Africa to understand how little we knew about the situation inside the borders when we were actually in it. I was a student in Pretoria in 1990, when, on a lazy hot February afternoon, I was sitting on the steps outside our students’ residence Aviva, with my friend Deon, when a red car pulled up.

Jeremy jumped out of the car, ran up the path towards us, waving a newspaper, “The ANC has been unbanned and Nelson Mandela is being released!”. I turned to Deon, “What’s the ANC and who is Nelson Mandela?” Deon shrugged his shoulders, “I dunno!”.

The song, ‘Free Nelson Mandela’ by the Specials was of course banned in South Africa, so the first time I heard it was in Hyde Park in London in 2008 for Nelson’s 90th birthday concert. When I registered to vote for the first time at 18, I became part of the biggest change in South African history. In 1989 I voted for the Democratic Party, which, in different guises, had been the strongest voice of opposition to the country’s ruling National Party and their policy of apartheid. I was at boarding school in Potchefstroom and we were taken to the polling station as a group. Wearing my school uniform, I put my first cross on a voting paper, proudly committing myself to change in my country.

I qualified as a teacher and in January 1995 I arrived in the UK for my big O.E. (Overseas Experience). 19 years later I found myself in a funky, creative town in Somerset – Frome (pronounced Froome, like the cyclist). But, I wasn’t working in the town. As a tour guide, I was away all of the summer months – in the Balkans, Russia, Europe, around the UK and Ireland.

I didn’t have children at the school and it was difficult for me to make friends. I was lonely. But the loneliness didn’t really hit me until 2014 when my mother died in South Africa. I am an only child and my mother was widowed through suicide when I was a baby so, with mom’s death, my DNA, the link to my past and my personal history was severed. This is what real loneliness feels like – no direct family and no future family to give my life a sense of purpose. Who am I? Who am I REALLY? I felt like a cork bobbing in the vast Pacific Ocean – on this planet I am completely and utterly alone.

But out of this incredible sadness of losing my mother, a powerful connection with my roots surfaced. My South African roots. I had never felt more South African, and I knew that even being thousands of miles from home (South Africa will always be my home), there was a South African community I could connect with in my area.

And so, Celebrate Southern Africa, the brand, was born in a pub in Bath.

Today the brand includes the annual market in Frome, Somerset, which is on the 24th June 2018. For me, this is about the Southern Africans who come together on the day to share, support each other and to take a ‘piece of home’ with them from the market. It is also about introducing our culture to non-Southern African family and friends – being proud of who we are and where we come from.

The brand has expanded to include a weekly online radio show on Mix Tape Radio International as well as a quarterly online magazine on Issuu.com (this quarter we celebrate Nelson Mandela for his centenary), celebrating all people, the culture, the stories and the places in Southern Africa.

I am immensely proud to have been recognised for my work by the South African Chamber of Commerce in the UK when I was awarded the Micro-Business of the Year 2018 for South Africans abroad. This has given my brand purpose and given me the motivation to continue to celebrate my collective, my South Africa.

My roots have become my passion. I am who I am because of my parents, where I was born, the culture I grew up in, as well as the circumstances of life in South Africa in the 1970s and 1980s.  I may not carry that little green book when I travel, but in my heart, I am an African. My vision, my direction, my raison d’être have been repurposed and I am, and always will be proudly South African.