NATION BUILDER TALK CATALYSES THE LAUNCH OF A CULINARY DREAM 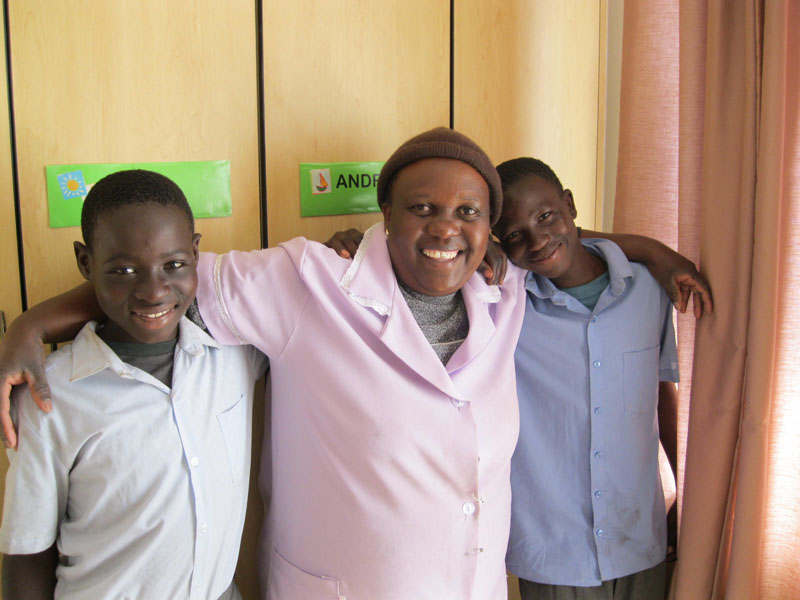 Andries Ngobeni (18 – on the right) dreams of being a chef. As the head of a child-led household, before becoming part of the Vastfontein Community Transformation family, this dream seemed unreachable. Until an idea that was sparked during the Nation Builder conference in 2016 helped to launch his growing business.

At this conference GG Alcock, CEO of Minanawe, explored the principles of KasiNomics and how many business opportunities are available within this economy. In the audience, GG’s words brought a flash of inspiration to Vastfontein Community Transformation CEO, Mathilda Fourie. She realised that this informal economy was the key to launching Andries’s culinary dream.

“I spend time with all the teenagers in our orphan care homes to do career pathing with them,” says Mathilda. “Andries told me that he dreams of becoming a chef. My initial thoughts were that there was no way, since it is very expensive to study formally to become a chef.”

As Mathilda listened to the KasiNomics talk at the Nation Builder conference, she realised that the informal economy held the answer for Andries’s initial steps towards realising his dream. “After the conference we did a survey within our community, and they all said that if Andries made magwinyas, they would buy from him every day. He initially worked with the hostel ‘mamma’ as a trainee. Within three weeks his small business reached break-even, and he is now covering his own salary,” says Mathilda.

Andries’s small business success story is one of the reasons why Nation Builder hosts events and conferences.

“We believe that effective partnerships between businesses and NPOs (or community-based initiatives) can bring about huge social transformation in our nation,” says Keri-Leigh Paschal, Executive Director of Nation Builder. “We want to encourage businesses to see their role in uplifting society, and we want to help them understand our local context so that their social investments (CSI) can be as effective and sustainable as possible. We were excited to hear how the Nation Builder community has helped to catalyse the idea that launched Andries on his business journey, and we look forward to hear of his future success,” she added.

About Nation Builder: Social upliftment efforts are most effective when businesses, communities, civil society and government work together. Nation Builder is a platform to bring all these role players together for greater impact, and offers resources, tools and a community to help ensure that social investment is as effective as possible towards securing the prosperous future of South Africa. Through the Good Giving Benchmarking Tool, Nation Builder wants to enable businesses to understand the effectiveness of their CSI strategies, to be able to improve their good giving efforts year-on-year. Nation Builder members are resourced with fresh perspectives, practical tools and expert advice to maximise their CSI impact.

The Nation Builder team is based in Stellenbosch and Pretoria, and can be contacted at: nationbuilder@muthobi.co.za / 021 816 111.

For more information on becoming a Nation Builder member, or to engage with the Good Giving Benchmarking Tool, please visit http://www.proudnationbuilder.co.za/.