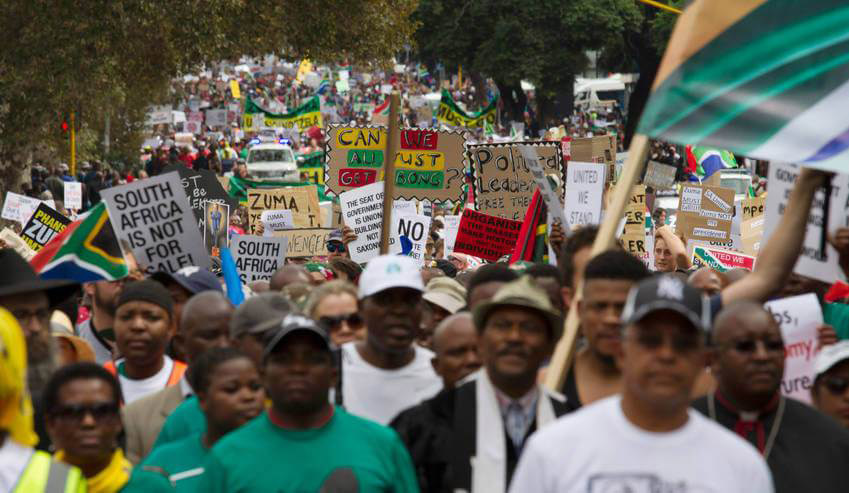 Writers and commentators have been referencing South Africa’s politics in theatrical terms. Words like “Shakespearean”, “tragi-comedy” and “drama” have been used to describe recent events.

Depending on which side of the political divide you occupy, central characters –  Pravin Gordhan, Mcebesi Jonas, Jacob Zuma, Ahmed Kathrada, Gwede Mantashe et al – would be to you either villain or hero.

And then came the recent Easter break when the curtain fell for interval. Apart from the unseemly off-stage spat that played out between the two drama-queens playing the part of Police Minister Berning Ntlemeza and Fikile Mbalula, the actors took a break and the audience enjoyed some well-earned respite from the break-neck pace of the show.

But the theatrical metaphor is good only to a point. Thereafter it becomes misleading and possibly even demobilising. Whilst it works for the main characters, it assumes that the citizenry plays the part of the audience; passive spectators laughing, clapping, crying and jeering with no impact on the unfolding narrative after buying our tickets – read paying our taxes and voting. This of course has – with some notable exceptions – been dishearteningly true, as we have sat back and watched the unfolding story of the first two decades of our democracy. There are two main reasons for this passivity: either we believed what the show’s poster promised, or we hoped that that the whole production would be a flop so we could say; “I told you so!”. Either way – we are all now in a witch’s brew of Macbethian proportions asking how we got here and wishing we could go back and rewrite the script. Perhaps something like: “Somewhere Over the Rainbow”?

But take heart; the end of the first half saw the drama take a turn. As Pravin Gordhan became an unlikely romantic lead, the thing became edge-of-your-seat edgy; alive; even dangerous – in a good way.  And as the tension rose, so too did the dissatisfied rumbles and dissenting mutterings of the audience; the resultant metaphorical raining of raw eggs and tomatoes on the underperforming players, turned into a full-on storming of the stage.

And apart from the usual antics of the leads and some very unusual dramatic timing; Ahmed Kathrada’s death, Zuma and Gordhan sharing a birthday in the middle of it all – stuff you wouldn’t script for fear of being dubbed corny – the audience is what has made this the beginning of the end of this current drama. For the most significant time in nearly two decades, huge numbers of us rose, donned our costumes, took up our props and stormed the stage.  And whilst the whole devilish plot was designed to force us to look stage left whilst the villains walked off with the treasure stage right; whilst crafty sleight-of-hand was being used to sow division through carefully constructed PR campaigns and the manufacture of terms like radical economic transformation- the fog was clearing and the audience was murmuring about the rottenness in the state.

And from here – more and more – the show becomes totally interactive; the audience is now on stage and in many cases becoming the lead players. This is the drama of democracy at its best; it’s most healthy. He is a very calculating President but not even he could have predicted this. He took a chance that we would – as we have always done – sit and watch. But it backfired badly. Ironically his attempts to divide and conquer resulted in us uniting and fighting back.   And a new narrative has begun; of that there is no doubt.

A caution as the bell rings for interval: we mustn’t be tempted to return to our seats. The show is nowhere near over. The break simply allowed us to draw breath, gather our strength and storm the stage again. Who knows how many times we must do this?  I imagine many, many times more.

And this must not be interpreted as just marching – that’s just the marketing campaign for the show. I wrote recently about each of us taking the time to determine our unique role in this drama. But this is very tough for most of us because we simply do not know what to do. But we must not sit. We must stand up and walk out; onto the streets and into the malls, offices and places of worship in our communities. And once there, we must be better than those who are working to destroy us and our country. Yes, we must speak out against them, but then we must be the opposite of them too; defy the label of “racist” by being uncompromisingly non-racist; enact “radical economic transformation” by being radically generous with our time, money and expertise; be unscrupulously honest and incorruptible in all our dealings. 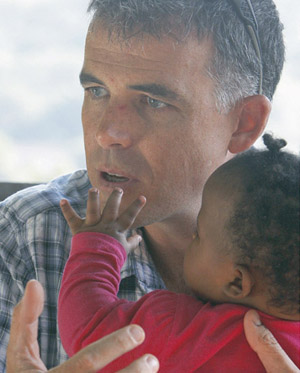 This is the formula for a new narrative: we must push and pull.   That means that we do not only protest against something old and rotten but we create something altogether new and healthy.

The excitement is building as we enter the most challenging but also the most exciting stage of or drama.

Thank you Mr President for creating the perfect conditions.

FOOT NOTE: The May Day ‘celebrations’ continue the trend. SA is RISING!

His writing is dedicated to the memory of Anene Booysens and Emmanuel Josias Sithole.