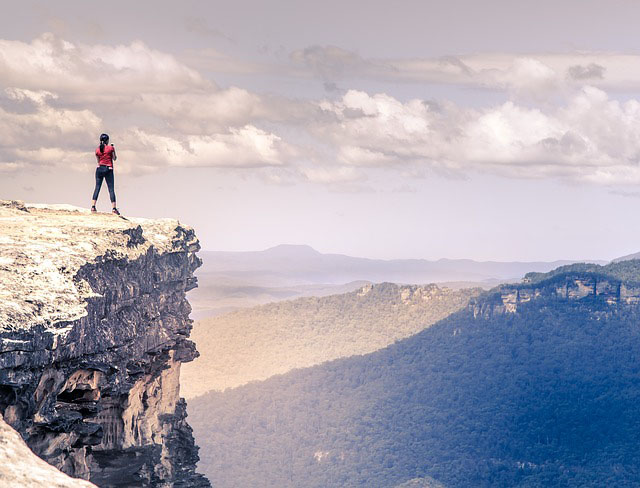 Saray Khumalo – Head of Partner Management at Multiply, Momentum’s wellness and rewards programme, and a leading black African female mountaineer – was presented with a Ministerial Recognition of Excellence Award by the Minister of Sport, Tokozile Xasa at the 2018 gsport Awards, in Johannesburg on Friday. South Africa’s longest running women’s sports awards, the gsport Awards rewards contributions beyond the call of duty, which have made a positive impact for the good of South African women in sport.

With her longstanding passion for the outdoors, taking on new and exciting challenges, and enabling access to the opportunities that come with a good education, Khumalo has been acknowledged by the country’s leadership for her outstanding contributions to society through sport.

She highlights that receiving the award was both surprising and humbling. “There has not been much recognition for women who climb in the past, much less for women of colour. Even without funding support from government, I’ve always flown the flag for South Africa. I’ve self-funded the majority of my expeditions and have gained the support of MMI as well as friends and colleagues along the way.”

“Being acknowledged at this level has been quite emotional. I hope that having others see what I have done will make things easier for the next generation of female climbers, regardless of where they come from,” she says.

Khumalo has won several awards for her mountaineering in the past, including the Golden Endurance Award in 2014.

The gsport award, however, stands out. “It is presented by government on a national level and comes with widespread exposure – not just within industry circles but in the public eye, where it matters and where young girls are likely to see it, take note and be inspired to follow their dreams.”

A Mandela Libraries Ambassador, mother of two boys and social entrepreneur, Khumalo started climbing in 2012 with her first major summit also marking the start of her efforts to utilise the associated opportunities to raise funds for projects close to her heart – those which empower children from disadvantaged areas with access to libraries and resources to ensure their future education.

She decided to join a few friends who wanted to climb Mount Kilimanjaro in 2012 and, because she was already involved with the Johannesburg-based non-profit organisation (NPO), Kids Haven, Khumalo thought that this would be a great opportunity to do more and raise funds for the children. Through this initiative, they were able to build an outdoor gym and convert a storage room into a library.

She explains, “Seeing the happiness on their faces and hearing how much they appreciated that anyone would do something like this for them lit a flame in me. I realised that climbing for a purpose was what I want to do.”

“It is terrible to think that the vast majority of schools in South Africa do not have libraries – which are essential for education. This has really driven me and has seen me join forces with NPOs and the team at MMI who share my vision of prioritising education and ensuring that children from disadvantaged areas have access to these crucial resources.”

With a great deal of research and training, she went on to conquer some of the planet’s most challenging summits including Mera Peak (2014); Lobuche East (2014); Elbrus traverse (2014); and Aconcagua traverse (2015). Khumalo has also attempted an Everest summit three times, making it to Base Camp in 2014 before the mountain was closed after an avalanche which unfortunately claimed the lives of 16 Sherpas. In 2015, she reached Camp 2 before needing to abandon the expedition after an earthquake in Nepal. Hampered by health issues, she reached the South Summit in 2017, just 99m from the Everest Summit, resulting in her record holding status for the highest climb by a black African female over the period 2017-2018.

Khumalo continues to campaign for more libraries as she takes steps towards climbing the seven highest peaks on the seven continents. She hopes to return to Everest in 2019 to tackle the last 99m of her “unfinished business” with the peak.

Zureida Ebrahim, CEO of Multiply, says, “As an organisation, we really focus on making a positive impact in communities through our corporate social investment initiatives and encourage our employees to do the same through volunteering. As a previous winner of the MMI Lesedi Award for individual contribution, receiving this gsport award is further recognition of the great work Saray has done over the years. Continuously demonstrating her commitment to making a difference in her community through mountaineering, Saray is an inspiration for all of us to use our passion to make a positive impact.”

“Her determination to make a real difference has seen her raise significant funds for good causes. She could not be more deserving of this award” Ebrahim concludes.