“How many of you have seen your parents paying bribes to police officers?”

“How many of you have knowingly bought stolen goods?”

About five years ago I was talking to a group of Grade 7 children in a Gauteng-based upmarket primary school.

We were taking of corruption. I was trying to explain the difference between law enforcement and crime prevention.

Last week Transparency International’s (TI) authoritative Corruption Perceptions index (CPI) 2015 was released. It shows South Africa’s score of 44 on the index remains unchanged from 2014 (where 100 is ‘very clean’ and 0 is ‘highly corrupt’), and while SA’s rank has shifted favourably from 67th to 61st out of 168 countries, this indicates that perceptions around the extent of corruption in South Africa are stabilising somewhat.

Our best ranking has been 49th.

At 61/167 approximately 2/3 of the world‘s countries are more corrupt than we are, but that is a pyric claim.

Read below to understand why.

He comments further, “the good news is that for the second year in succession, our score, as measured by the CPI, has remained the same and our ranking has improved slightly. The bad news is that we are still ranked amongst those countries perceived to have a serious corruption problem, with our ranking perilously close to those countries suffering from endemic corruption.”

We have to turn the situation around, he emphasised. “We cannot afford to fall any further. For example, Brazil has fallen significantly in score and ranking, a fall accompanied by deep economic recession and social turmoil.”

The CPI is compiled from a composite of surveys conducted during the year by organisations such as the World Bank, the African Development Bank and the Organisation for Economic Co-operation and Development. The individuals surveyed are largely public and private sector leaders and academics.

The stability in perceived corruption revealed by the CPI is at odds with another important TI survey, the African edition of the Global Corruption Barometer (GCB), released in December 2015.

By contrast, the GCB revealed that 83% of South Africans polled believed that corruption was increasing and 79% believed that the South African government was doing a poor job of combatting corruption. The GCB is compiled from a survey conducted amongst a representative sample of the population.

Lewis commented: “The difference between the two important surveys is explained by the different character of the respondents. The opinion makers surveyed for the CPI see evidence that key pockets of government are deeply concerned about corruption. This is particularly true of important opinion-shapers such as the National Treasury. This is confirmed by our experience with government agencies ranging from the Treasury to the Gauteng Department of Education, clearly intent on rooting out corruption.”

However, Lewis said, the ‘ordinary’ South Africans surveyed by the GCB see prominent political and public and private sector leaders at all levels – local and national – continuing to loot their towns, provinces and national government on a grand scale and getting away with it.

These people encounter corruption on an escalating scale on the roads and in deficient service delivery.

“Their perceptions are equally valid. The good work of those serious about combatting corruption is overshadowed by those who continue to behave with impunity.”

Corruption Watch believes that the way forward is clear, although challenging: It is necessary to demonstrate that no-one is above the law. And to do this, it is necessary to focus on our criminal justice authorities, the police and the judiciary. As long as people with wealth and political power are perceived to be above the law, our public and private sectors – as well as our political institutions – will be seen to be riddled with corruption. 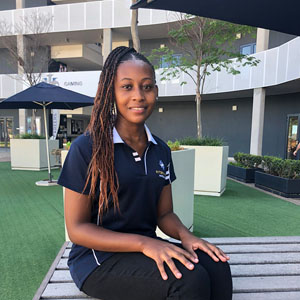 Over 200 Youth Land Jobs in Tourism and Hospitality Sector 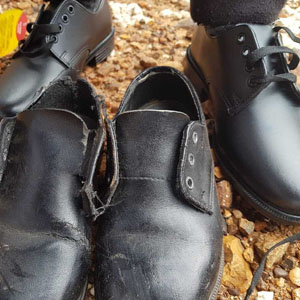 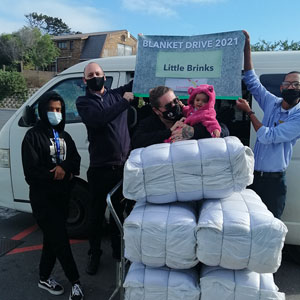