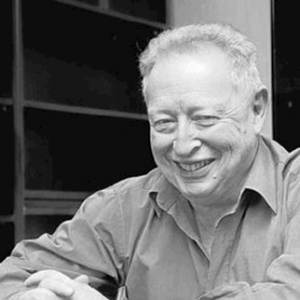 Transparency International’s (TI) Corruption Perceptions Index (CPI) 2016, which each year ranks a wide range of countries in relation to perceptions about levels of corruption in their public sectors, was released today.

Local TI chapter Corruption Watch reports that South Africa’s score has improved slightly, moving one place up on the scoring table from 44 in 2015 to 45 in 2016. Its rank in relation to the 176 countries reviewed in 2016 fell three places from 61 to 64.

David Lewis, executive director of Corruption Watch, commented: “The good news is that our score and ranking has remained more or less stable. The bad news is that, with our score below 50, we are still among those countries deemed to have a serious corruption problem. Moreover, had the survey not been conducted before several serious corruption episodes came to the attention of the public – for example, the shocking ‘state of capture’ report – our position may well have deteriorated significantly.”

We also note that South Africa comfortably outstripped its BRICS partners. Brazil, China and India all scored 40 and ranked 79 on the index, while Russia lagged far behind at 29, ranking 131 out of 176.

Lewis commented: “South Africans should be particularly concerned at Russia’s performance. This is the country that is strongly rumoured to be the government’s favoured partner in the proposed nuclear energy deal. Public procurement of this scale with a country as riven by corruption as Russia is guaranteed to import further corruption on a grand scale into this country. If this ill-considered project goes through Russian suppliers should be prohibited from participation.”

South Africans might well ask why our positioning in the CPI is not a lot worse, added Lewis, given the scale of petty and grand corruption, and the lack of positive leadership from key institutions such as the Presidency, important departments of state, the Hawks, and the National Prosecuting Authority.

“The answer is to be found in the intensity of public opposition to corruption,” he said. “The outrage expressed by civil society organisations, ordinary members of the public, and the independent media has galvanised a range of other individuals and institutions into action.”

These corruption fighters include key figures in government and the ruling party, leading parliamentarians of all political affiliations, and business leaders. This is the only way to defeat corruption. Now is not the time for complacency but for the intensification of public pressure.