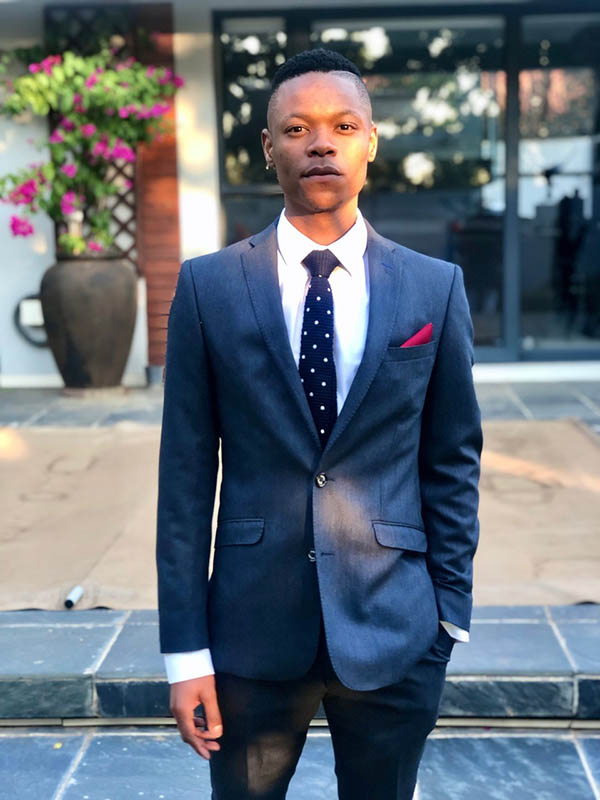 Mbuso Mbulelo Bam is an Interaction Design (UI/UX) student at Inscape from Pretoria, born on the 19th of July 1999. He started Bam Innovations and is the founder of an online magazine Creative Nation which aims to educate the youth on the creativity process. He wanted to create a platform for local creatives to exhibit their work and have it appreciated.

The aim is to give creatives the opportunity to share their process on how they create and overcome, so he does this to remove the stigma behind the unknown within the industry. He feels that many believe there is not much of a thought process behind a creative so by creating this platform, it will somehow give validation to many others across the country and open doors to other avenues within this field.

Mbuso sees the magazine as one of the modern Art history textbooks that young artistic individuals can refer to. When asked where he sees Creative Nation in the next 3 years he responded with the following:

“The biggest creative platform in Africa. Connecting creatives all over the continent. Becoming the foundation of the new African creative culture scene. A playground for ingenuity and imagination.”

His motivation to work hard has is driven by the impact of the end-result and seeing how everyone engages with it. “Our aim is to create content that resonates with our reader, he says. We hope to add substance just as much as we’d like to gain insight from our audience”.

Mbuso’s goals and inspirations are to just be happy. Project Semicolon; is a non-profit organisation known for its advocacy of mental health wellness and it’s focus as an anti-suicide initiative is one of the causes he cares about.

The best skills that he brings as a founder of Creative Nation is his creativity and imagination. The ability to visualise a concept then create it with his skills, knowledge and creativity are the attributes that he adds onto his journey. A hard-working individual who has always been a self-motivated person chasing his dreams capsulates the essence of who he is.

He lives by the motto “keep on moving and never stand still”.