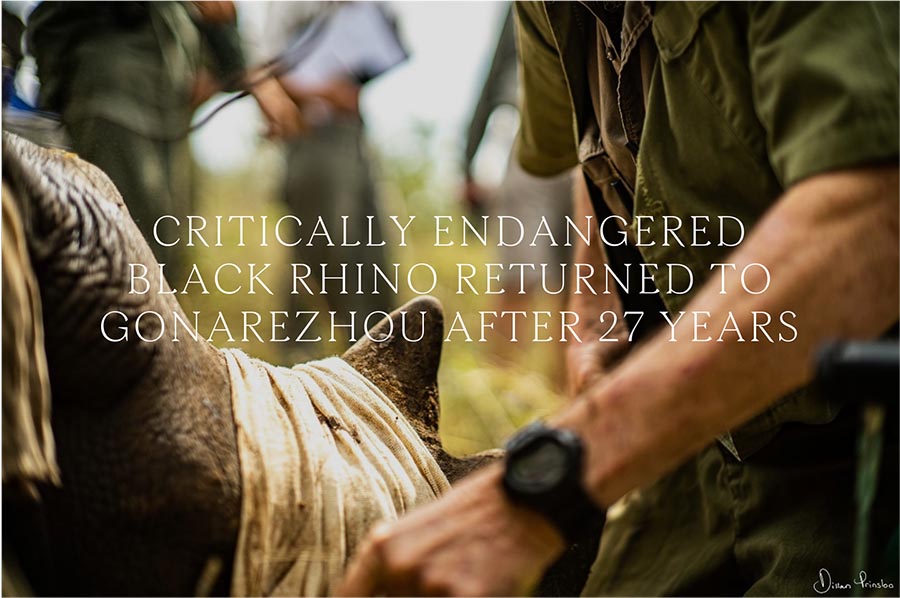 This groundbreaking relocation was conducted by the non-profit Malilangwe Trust, in partnership with the Gonarezhou Conservation Trust, and is another critical conservation intervention to re-establish a new viable population in the Park.

A collaborative effort between private and public enterprises, it took over nine years to plan, and it’s an ambitious attempt to save the species from extinction in this region. The last black rhino was poached in GNP in 1994.