“Everybody is entitled to their own opinions, but not their own facts” President Moynihan 1960’s.

A summary by Steuart Pennington

The South African Institute of Race Relations has just published a mind-boggling report, with some ‘facts’ that will stun not just the perennial afro-pessimist critics, but the staunch supporters as well.

We all know that the SAIRR is hardly pro-government. Ever since it was founded 1929 it was a thorn in the flesh of successive ‘white governments’ and since 1994 is often critical of the doings of the ANC government.

BUT, it has always sought to promote positive cooperation between the racial communities of our country, be independent of government and all political parties; it sees its role as serving its members and the country at large to make South Africa the political and economic success of the continent by promoting liberal democratic values. It aims to address issues such as poverty and inequality, and to promote economic growth. 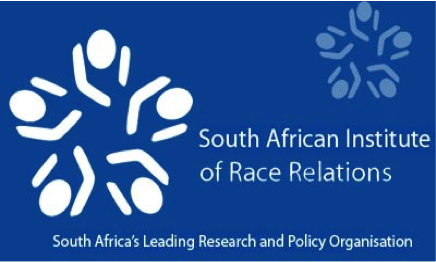 This report (see tables below) is about the things that have gone right in South Africa since 1994.

“It features a selection of the socio-economic successes we have achieved as a country and the many ways in which life has become better.

Some people will think it an odd time to release such a report. The context is one in which the economy is not performing strongly. Too many people are unemployed. There is a great deal of corruption. Violent protests are commonplace. Questions are being asked about the future of South Africa’s democracy.

But amidst the turmoil, SAIRR analysts see the story of a young democracy that has made a vast amount of progress in fields ranging from the economy and employment to living standards, poverty, education, healthcare and crime. This is not captured by screaming newspaper headlines but by the substantive progress we have made as a country since the end of apartheid.”

It is a story of hope amid change.

Not for a moment does this report discount the many serious problems our country faces. Rather, it tries to introduce some perspective and show that South Africans have much to be hopeful for despite current difficulties. Most importantly, we should not lose sight of the gains the country has made, lest we become too pessimistic and cynical about our future and fail to build on the solid foundations that have been laid over the past two decades.

There is definitely a lot of good achieved over the past twenty years.

The list of socio-economic successes set out in this report is far from exhaustive. Rather, it lists examples of just some of the things that have gone right since 1994. This makes the point that as we face the future, we must not lose sight of the fact that life in South Africa today is better than it was twenty years ago.

In many areas it is a lot better.

Analyses to the contrary are incorrect on the facts.

Examples of success can even be found in areas most commonly associated with abject failure – such as in education, poverty, service delivery and crime.

I have attempted to summarise the results below by simply comparing where we are in 2015 compared to where we were in 1994. 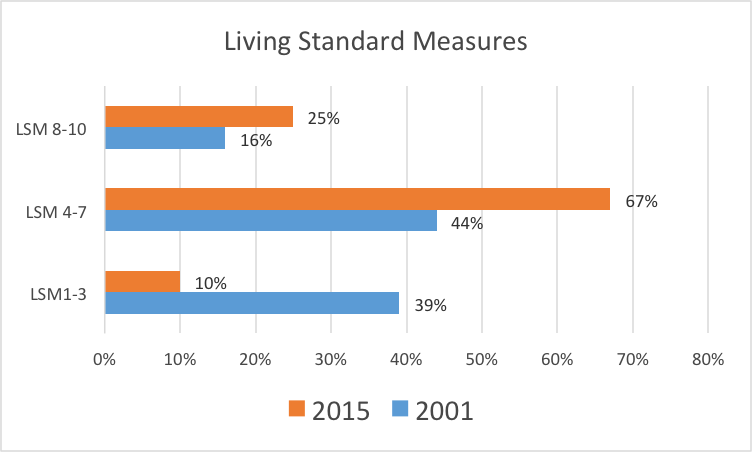 This is contentious, if extreme poverty is defined as ‘people living without access to safe shelter, potable fresh water and regular electricity supply; with little or no access to education, proper nutrition and adequate clothing; and with little or no access to regular income (Economist definition), I would argue that less than 5% of South Africans live ‘in that space’. 16 million citizens receiving social grants at a cost of R160 billion must count for something!

Unemployment: The official stats tell us that 8 million South African economically active citizens are ‘officially’ unemployed, BUT the UCT-Unilever Research Institute indicates that 6.5 million are ‘economically engaged’ in the informal sector.

Numbers vary, but some estimate the value of the informal sector to be in the order of R850 billion per annum, growing at +/- 5%, some 25% of GDP – much of it below the ‘tax’ radar.

Inequality: What these numbers undeniably show is that while inequality remains high, and is of much concern, it has not been at the expense of the poor. In fact to the contrary, comparatively the poor have become less poor than the rich have become ‘more rich’ – nicely bad English, but you get my meaning! But seriously, more people have migrated out of LSM’s 1-3 than have migrated into LSM’s 8-10. 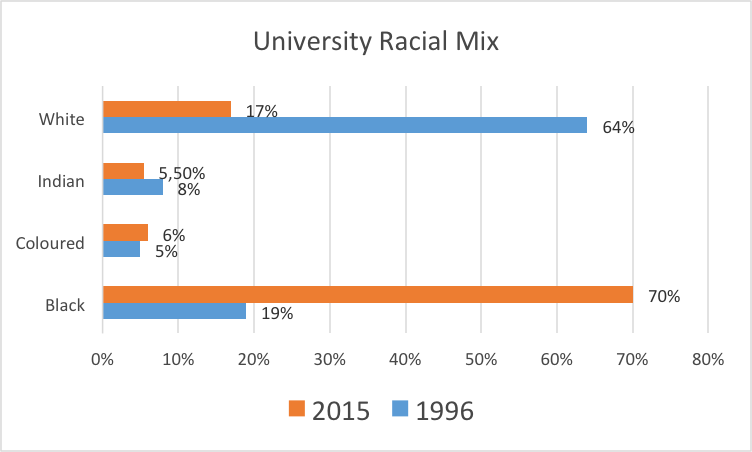 This table shows the dramatic growth in university student numbers and the massive change in the racial mix. Along with Brexit and Trump who would have got that right ……. albeit 20 years ago?

Conclusion: SAIRR “Good analyses of South Africa are those that are able to read the good with the bad and tolerate the apparent contradictions to reach conclusions that say: “Yes, we have problems, but we have also made remarkable progress that serves as a foundation upon which we can build a much better country.”