By Dov Girnun with Paul Harris 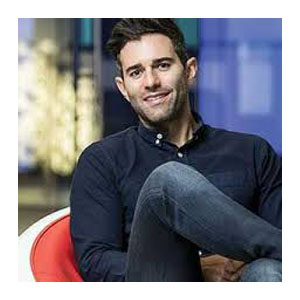 As South African entrepreneurs, we’ve always punched above our weight on the global stage. But lately, we’ve been undervaluing ourselves. Letting the country’s challenges get to us. Now it’s time for us to rediscover the unshakeable optimism that’s made us great.

Most of them were CEOs and founders of high-impact companies that are growing rapidly. As the only South African entrepreneur participating in the programme, I spoke about the tough environment and hurdles we face here in South Africa, and their responses were a massive wake-up call to me.

In short: we don’t know how good we’ve got it here in South Africa. In Turkey, the lira has dropped off a cliff. In Mexico, businesspeople have bodyguards picking up their kids from school. Other countries battle with bureaucracy, corruption and crime that make our issues look like a walk in the park. But despite huge adversity and hardship, the entrepreneurs in those countries are building businesses that compete globally. We operate in an environment that many of my fellow emerging market entrepreneur classmates would give an arm and a leg for.

I recently chatted to Paul Harris, one of the doyens of African banking, and he agrees with my assessment. In fact, he commented that great South African companies have been built in much worse macro conditions than we have right now.

Part of our problem is that we underestimate ourselves. Our benchmarking is completely wrong. As South African entrepreneurs, we’re constantly comparing ourselves to New York, Sydney, London and Tel Aviv. That’s not an apples-for-apples comparison! As an emerging market, we should be measuring ourselves against Jakarta, Riyadh, Mexico City, Sao Paolo and Istanbul. Those markets revere us as global players and hugely successful entrepreneurs. And even when we do compare ourselves to first world economies, we still don’t do too badly, despite the uneven playing field.

I came back from my Stanford experience with a new energy and a new conviction that we can, in fact, play on a global stage. We are way better off than we think we are. There are entrepreneurs around the world who are making it work in far tougher environments. It’s time to rediscover our positivity muscle, and reawaken that famous South African grit and optimism.

And let’s face it, the one thing that people in the US have in spades is relentless optimism. Yes, they have a market with 330 million people. And yes, they have massive consumer spending power. But their unwavering optimism and belief that whatever it is they are doing will be successful is their biggest strength. It should be ours too.

So let’s lose our self-imposed persecution complex. In life you have two options: either you look at the glass half full, or half empty. That choice will ultimately become self-fulfilling. Let’s change our own narrative from one of doom and gloom, to one of optimism and success. Let’s stop being so hard on ourselves. Let’s stop talking about Plan B – because frankly, for many of us, there isn’t one. We simply have to stay and make it work.

This isn’t the time to be taking cover or heading for the hills – let’s get out there and grab our opportunities by the scruff of the neck. What a time to be a South African entrepreneur.

Dov Girnun is founder and CEO of Merchant Capital. The article was written by Girnun and co-authored by paul Harris, with the aim of providing a beacon of optimism for South African entrepreneurs.