So how about dreaming about the SA you want?
And then doing something about it?

It was 53 years ago that Reverend Martin Luther King delivered his stirring “I have a dream…” speech on behalf of the 10% of Americans who were oppressed by their racist fellows. 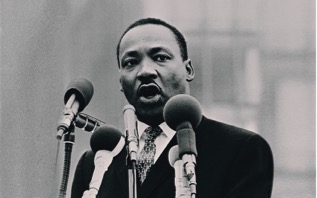 Five years later, this Man of God paid the ultimate sacrifice when assassinated by a 40-year-old escaped prisoner. But his words lived on, inspiring the previously hopeless everywhere. South Africa had its own version of this great leader in Nelson Mandela who, like King, dreamed to see his country free of domination by any one race of another.

Like those two iconic personalities, we, too, are entitled to dream.

And the dawning of a new year is as good a time as any to remind us of how Albert Einstein explained in his eulogy to Spanish musician Pablo Casals that: “The world is in greater peril from those who tolerate or encourage evil than from those who actually commit it.”

So how about dreaming about the SA you want? And then doing something about it?

Hopefully they will inspire you to put down your own dream for SA and email the contribution to alec@biznews.com so we can share it widely. Here is mine.

Is this an extravagant dream? I think not. It begins with a commitment to promote democracy for the good of all the people. And a determination to fight evil wherever this Medusa raises her ugly head.