THE FUTURE OF FARMING LOOKS BRIGHT

Future Farmers, the KZN-based agricultural training initiative celebrated its 11th anniversary at Cedara Agricultural College on Friday, 5th May. An eager audience of passionate farmers, farming students and agricultural industry leaders came together to pay tribute to the achievements of current and past agricultural apprentices and look ahead to a bright future for farming in KZN.

Future Farmers is a unique social program which aims to cultivate the skills and development of young aspiring farmers from around the country. The brainchild of former Howick dairy farmer, Judy Stuart (pictured on left), the Future Farmers programme provides young people with real job experiences in the field of agriculture and the opportunity to “learn as they earn” by finding apprentice positions on local and then later, international farms, as far afield as the USA, Australia and New Zealand. 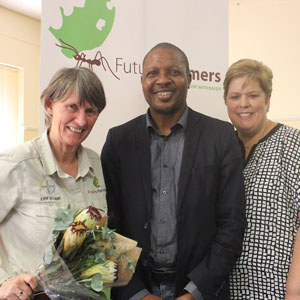 Guest speaker, Isaiah Mahlangu, (pictured centre)the Acting Chief Director for Agricultural Services for the KZN Department of Agriculture, told the audience that it was encouraging, refreshing and inspiring to see as many young people in one room so passionate about something.

“In front of me today I see the agents of change,” he said.

The event included many future farmers who shared impassioned tales of their experiences on farms locally and overseas all agreeing that, despite the hard work, the opportunity the Future Farmers initiative afforded them wasn’t just an agricultural experience but a life-changing one.

Over the years, Future Farmers has become a recognised role-player in shaping the future of farming in KZN and, with the backing of Kwanalu, gained overwhelming support from agri-businesses, AgriSETA, sponsors and the agricultural industry at large.

Kwanalu’s CEO, Sandy La Marque (pictured right) said Kwanalu was proud to be a part of the Future Farmers programme and commended the association’s members for their mentorship roles in the programme.

“Congratulations are extended to the young people who have participated in this ‘earn as you learn’ program, with hard work and now the exceptional farming skills each one has developed coupled with the outstanding commitment by commercial producers this program sets up the young future farmers for success.”

“It is liberating to see the unfettered commitment to the future of agriculture by the commercial producers,” said La Marque.

The event culminated in an awards ceremony honouring those who had excelled in the programme and showed the most promise during their apprenticeships. 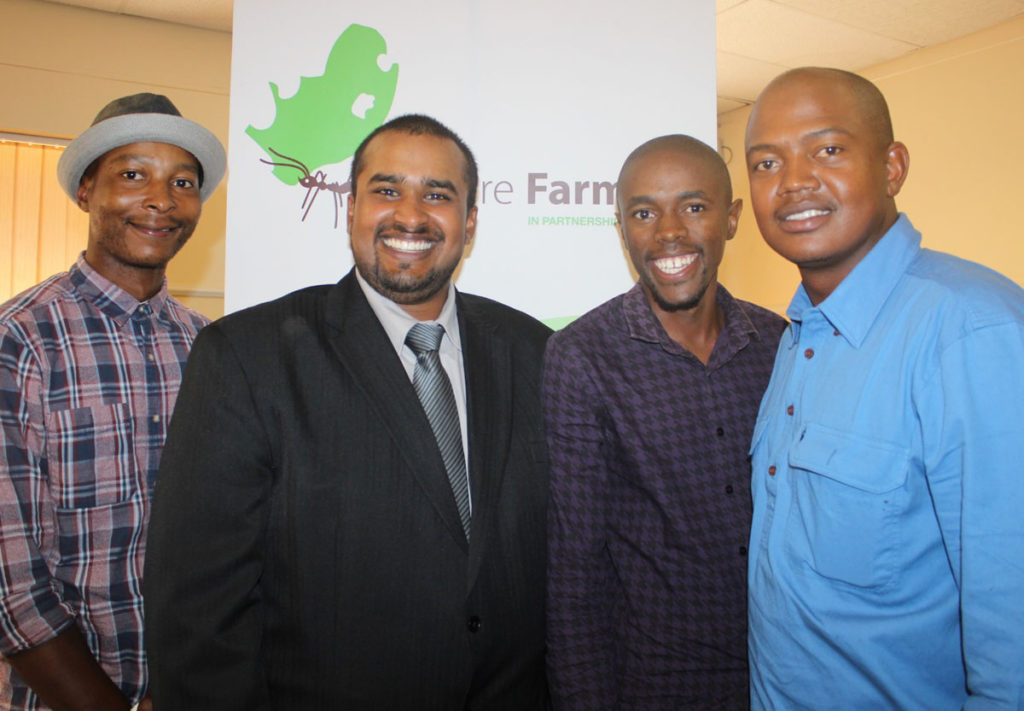 Issued on behalf of Kwanalu by: