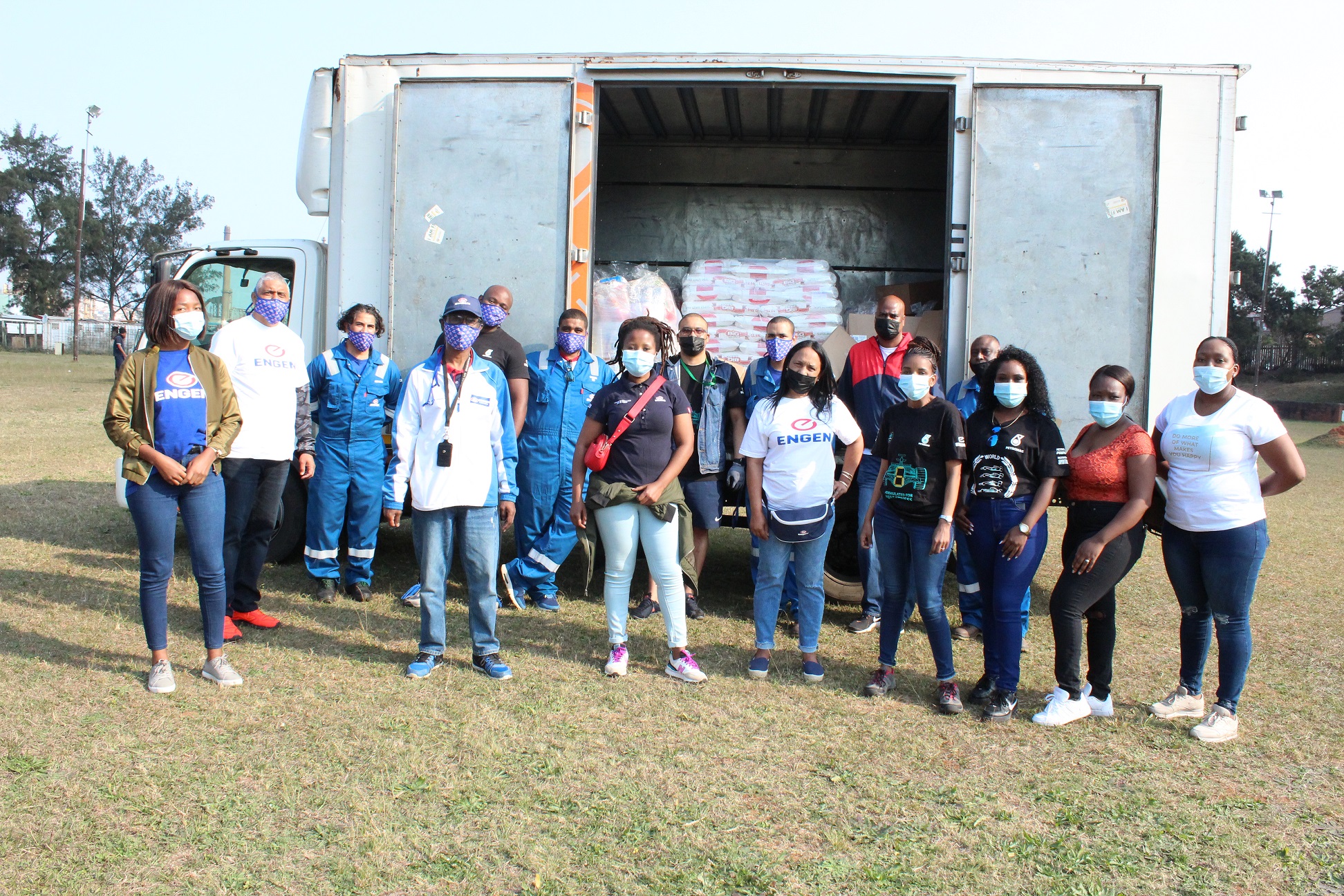 Engen has stepped up to help communities affected by the unrest in KwaZulu-Natal, by providing food relief to those impacted in South Durban and Hlutankungu in the Midlands.

The food parcels were distributed through selected organisations based in South Durban and Hlutankungu, with recipients of the aid including two children’s homes, several child-headed households and vulnerable families.

Sykry Hassim, General Manager of the Engen’s South Durban-based Refinery, attributed the company’s caring spirit as the driver for it to step up and take proactive measures to assist vulnerable families and children who were impacted by last month’s unrest.

“We truly care for those impacted and we hope our gesture brings some relief to vulnerable households,” said Hassim.

“As a significant employer in KwaZulu-Natal, as well as being a catalyst for many other downstream industries, Engen is ever mindful of its role as an agent of positive change,” he added.

“Wentworth Angels would like to thank Engen for the hampers, which were distributed to our senior citizens within ward 68. We appreciate your donation and we know our pensioners did as well,” said Williams.

Speaking on behalf of the Merewent Community Crime Prevention Association, Pastor David Usher praised Engen for showing “humanity” in assisting the needs the community by helping address the shortage of basic food items

“The content of the hampers was substantial and well received by our community. They were distributed to NGOs, places of safety, homes for the vulnerable and to the general public,” commented Usher.

“The request was made at a time when our community was very volatile with the unrest from the looting because many people in the community had lost jobs and it was kind of Engen to step in,” added Scullard.

Chairman of Community Development South Africa, John Stuart said that the community of Hluntunkungu were extremely grateful for the generosity bestowed upon them by Engen.

“This really brought tears to our eyes. Thank you again, Engen. God Bless!”

The most notable of these are the Engen Maths and Science Schools, a supplementary education initiative that has run for over 30 years.

Another valuable education initiative in the province is the Engen Computer School, which provides computer literacy classes to unemployed South Durban residents, with over 2 000 people completing the training since 2009.

Engen also offers a Learnership and Apprenticeship programme at the Engen refinery largely to young people from South Durban, with over R20 million allocated to programme over the past three years.

Hassim says Engen is both proud and humbled to play a role in changing lives in South Durban and further afield.

“With poverty and unemployment rife in South Africa, Engen is cognisant of the fact that the government cannot be relied on to provide solutions alone,” he adds.

“As such, we are committed to stepping up and doing the right thing, starting with paying special attention to the people in the communities in which we operate.”