Global recognition for achieving food security for all South Africans 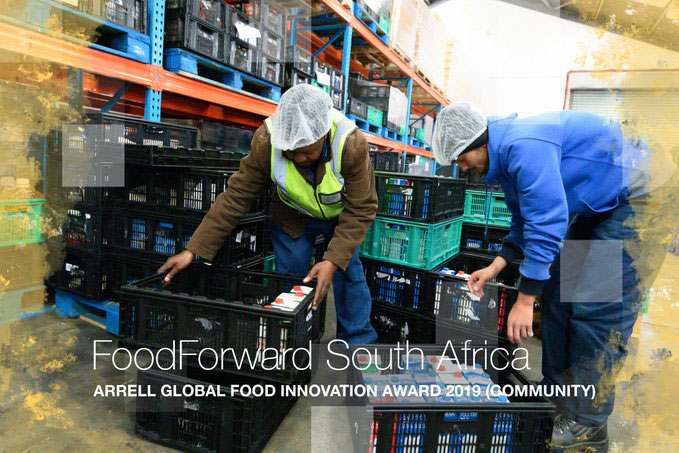 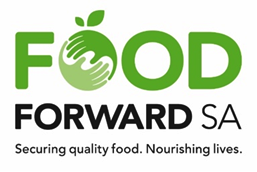 The judging panel praised FoodForward SA for its “frontline action” in facilitating the provision of more than 17.5-million meals each year through its network of food and financial donors.

The Arrell Food Institute at the University of Guelph in Ontario, Canada, brings “people together to conduct research, train the next generation of food leaders and shape social, industrial, and governmental decisions, always ensuring food is the central priority”.

In a country where 14 million people go hungry each day, FoodForward South Africa is taking frontline action. With the help of numerous food and financial donors, the organisation supports a network of 560 beneficiary organisations that serve over 260,000 people daily.

FoodForward SA Managing Director Andy Du Plessis said the award emphasised the critical work of FoodForward SA but also served as a reminder to South Africans that while each day, more than 14-million people go hungry here, hunger was a global crisis.

“People are going to bed without food across South Africa, which is symptomatic of a country failing its people,” said Du Plessis. “Up to 70% of people in informal settlements suffer from persistent hunger or malnutrition. But this battle must also be waged on a global scale. We need to make a stand across the planet, to erase the spectre of hunger haunting so many billions of people.”

“These deaths are largely avoidable,” he pointed out. “But we need to achieve zero hunger for that to happen. Our target date is 2030 — ten years from now — and winning this award affirms our commitment to our zero hunger mission.”

Thirty per cent of all food produced in South Africa goes to waste. Recovering this edible surplus is part of FoodForward SA’s strategy to combat hunger. Last year, it recovered 4 220 tons of surplus food from the supply chain — a mere 0,05% of the estimated 10-million tons of surplus food currently ending up in landfills or being incinerated.

Du Plessis admits there is a long way to go. The United Nations Food & Agricultural Organisation’s Global Nutrition Report 2018 stated malnutrition worldwide was “unacceptably high” and progress “unacceptably slow”. According to the report, the world was not on track to eradicate hunger by 2030.

To ensure South Africa helps meet the UN’s 2030 target of a 50% reduction in global food waste, the Consumer Goods Council of South Africa (CGCSA) encouraged its member organisations to sign voluntary agreements in support of their Food Waste Reduction and Redistribution Initiative.

“FoodForward SA is the official implementing partner of this initiative,” explained Du Plessis. “Currently, we are expanding the network of beneficiary organisations to more than 2 000, to reach one million people every day within five years.”

In 2019, FoodForward SA launched its “Second Harvest” initiative, extending its food-donor base to farmers and primary producers that have surplus fresh produce. Retailers, such as Woolworths and PnP, introduced their growers to FoodForward SA. This enabled FoodForward SA to broaden its range of food; through food processing initiatives to extend the shelf life of highly perishable produce; and, most importantly, to increase the nutritional value of its offering.

“More and more growers are becoming part of a movement towards sustainable practices and this has been a great boon for us,” he said. “The food they are donating would also have gone to waste or into landfill sites.

Du Plessis pointed out FoodForward SA relies on partnerships to grow. “The Arrell Global Food Innovation Award, which comes with a CA$ 100,000 prize (approximately ZAR 1,12-m), will make a substantial contribution to implementing our five year growth plan, and will be used to augment various programs.”