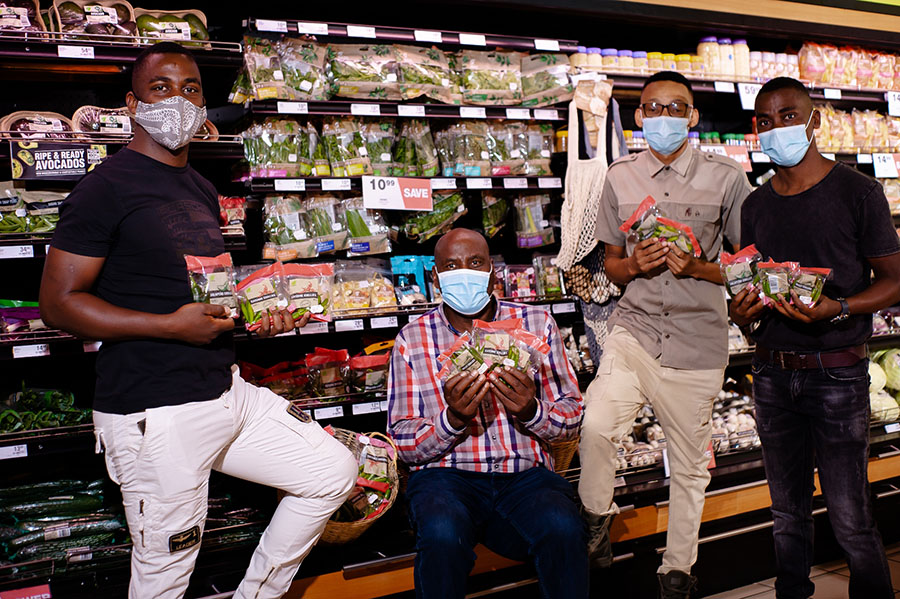 Although always passionate about farming, Pangane initially followed a career in construction in order to earn a stable income.

“While working in construction I farmed part-time to supplement our groceries. From time to time I would have excess produce, which I sold on the streets of Hazyview out the back of my bakkie,” says Pangane.

The income he generated from the sale of his mielies was not enough to survive off – but he persevered and learnt many valuable lessons. “At the time I knew nothing about pricing, so I made a loss and I had to throw away some of my produce as they had a short shelf life,” Pangange explains.

“During those days of struggling, it didn’t dawn on me that my passion could end up being a lucrative business supplying for the Shoprite Group, Africa’s biggest retailer.”

An opportunity to start farming full time presented itself when Pangane took over his retiring father’s cattle business. He decided to clear some land to also plant vegetables, and later macadamia nuts.

Everything changed in 2009, when an angel investor assisted Pangane and other small farmers in the area to install a drip irrigation system, and then further introduced him to the Shoprite Group, which he began supplying one year later.

“The past 12 years have been great, and my relationship with the Shoprite Group changed my business completely,” says Pangane. “When I started I only knew how to farm – I knew nothing about pricing and many other business-related concerns required to supply for a retail company. But the people at Shoprite held my hand.”

The self-taught farmer says a key factor that helped him over the years has been advice received from Shoprite, who will occasionally inform him which crops to produce more of and when, based on customer demand.

The relationship also impacts the local community. “Shoprite is giving us the ability to create employment for the people of Hazyview. When I started I had two seasonal employees who came during the harvest period – now I employ 34 people,” Pangane says.

Pangane today farms vegetables and macadamia nuts with five of his children – two of whom are now pursuing degrees in related fields at the University of the Free State.

“My passion has turned into a legacy I can proudly leave for my children. Farmers never retire, but I am happy that when I am ready to rest, my children will confidently take over the reins. They will be also equipped with education, something I never had when I started,” says Pangane.