WHY HAS ‘THE EDITORS’ ON SUNDAY BEEN GAGGED? 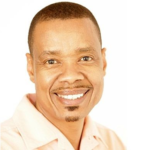 On most Sunday’s at 08h00 I am walking.
With my portable transistor plugged into my ear I really enjoy the 08h00 ‘The Editors’ show, mostly hosted by Elvis Preston.

It is always informative.

Because the Editors represent a wide range of newspapers with diverse audiences and differing editorial agendas; from the Sowetan to the Beeld, from the City Press to the Sunday Times, from the Cape Times to the Business Day.

Interestingly, there is considerable consensus between these informed commentators on what the really important issues of the past weekwere and what the predictions for the up-coming week are.

It is always a stimulating listen. 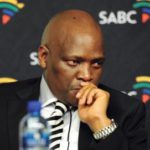 This Sunday it was cancelled at the instruction of SABC COO Hlaudi Motsoeneng.

So is Ferial Haffajee, the outgoing editor of City Press.

She writes “THE SABC is facing an outcry following the alleged canning of the popular SAfm Sunday morning news show, The Editors.

In a series of tweets, she wrote: “Breaking. It looks like SABC COO Hlaudi Motsoeneng has chopped The Editors on Safm (pictured). It’s gone this morning. Motsoeneng allegedly banned on-air crits of his recent edicts on local content and said no outside editors on air any longer,” she said.

“The decision on The Editors follows the decision to stop phone-ins on current affairs programmes. SABC is the most powerful info medium in South Africa.”

The show was replaced by Ashraf Garda’s Media show on Sunday. Garda tweeted on Saturday evening: “Set your alarms for 8am – that’s an hour earlier to catch the now 3-hour #MediaShow @SAfmRadio.”

The listening public was enraged too.

@keith_sweatin tweeted: “Hlaudi is ruling SABC with an iron fist. I always looked forward to The Editors at 8am on Sundays on SAfm and issues raised on that platform.”

Tweeter @grinker1 reacted by saying: “#Hlaudi chopped The Editors on SAfm this morning. No criticism permitted by this reactionary. Time for a boycott of #SABC propaganda channel.”

Mpumelelo Mkhabela, of the SA National Editors’ Forum, said he hoped the show wasn’t pulled for the wrong reasons.

“The SABC, as a news organisation, has the right to make changes to its programming to better quality. The only problem would be if it’s motivated by other reasons aside from bettering the content in line with its mandate as the public broadcaster.”

The Sunday Times reported recently that Motsoeneng had taken over editorial control at the public broadcaster and effectively made himself its editor-in-chief.

An SABC spokesman was not immediately available for comment on Sunday.” 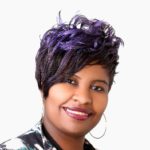 The quality of our news, Monday to Saturday is dismal. I always listen to a full two hours of Safm 06h00 – 08h00 hosted by Sakina Kamwendo (below) who I enjoy. Her two hours of guest appearances, debate, sport, business up-dates, traffic, weather and commentary is a good listen, delivered with her rapid-fire and very audible voice!

Monday this week she delivered a ‘good’ interview with Minister Gordhan on our escape from Junk Status. I would have rated the interview ‘excellent’ if she had raised the issues of State Owned Enterprises and State Capture – clearly two BIG issues the rating agencies are watching – but she didn’t.

Tuesday this week brought an excellent ‘Forum at 8’ on the aspirations of SA youth. The four speakers, representing the young from Afriforum, Wits SRC, the NGO sector and public commentators, provided a stimulating and informed debate.

But the half-hourly ‘news’ updates are a shocker (Sakina has no control over the content, it is brought to us by the SABC). 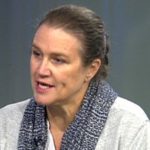 I enjoy the sport round-up with Janet Whitton, but when her predictions are wrong, like the number of medals we were to win at the Commonwealth Games, she needs to eat humble pie – publicly! 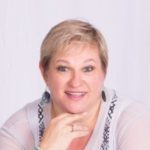 I enjoy the local economic overview by a range of private sector economists like Nerina Visser.

I enjoy the traffic report (particularly if I’m travelling) with Rob Byrne, but wish he would learn how to pronounce Geldenhuys! 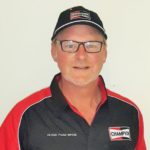 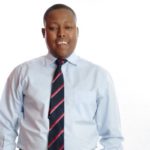 I enjoy the view on global markets by Clive iNtosa Bantu Ramathibela, but wish he would say more about rugby and less about Orlando Pirates! His laugh is to die for and his singing to yearn for (below).

And I enjoy the social media update which tells of what is ‘trending’, what people are talking about and what in their view is ‘news’.

BUT THE QUALITY OF THE MORNING NEWS REPORT ‘every half-hour’ IS SHOCKING – How can Prudential Investment Managers, borrowing from Rudyard Kipling’s ‘IF’ associate themselves with this trivia, disguised as ‘news’?

If you can bear to hear the truth you’ve spoken
Twisted by knaves to make a trap for fools,
Or watch the things you gave your life to, broken,
And stoop and build ’em up with worn-out tools

In my view, someone in the SABC is doing a lousy job of selecting – twisting – what is and what isn’t news.

Tuesday morning brought us ‘news’ of crystal-meths confiscated in Durban, the ANC Western Cape Chairman, Marius Fransman may now be charged in a Northern Cape Court of sexual harassment after the North West court dropped it.

And ‘further abroad’ there is outrage on the shooting of a gorilla in a Cincinnati Zoo.

Fascinating stuff! Although admittedly, the news does change during the two hours. The Cincinnati gorilla cracked the 06h00 slot, but not the 07h00 slot!

(Doesn’t the  ‘and from further abroad’ news intrigue, bus accidents in Bangladesh, plane crashes in outer Mongolia, and a mudslides in Bogota……so relevant to us in SA?)

No wonder some of us pine for Sunday mornings when we can hear what the real ‘news’ was, and what it is likely to be, from editors that know.

And now it seems, it has been taken away.

I’m not sure why I’m inclined to dust off George Orwell’s ‘Animal Farm’, written in 1945, and start re-reading it.