A team of dedicated heart surgeons, clinicians and medical engineers in Cape Town has perfected a heart valve that will save millions of young lives particularly in poor third world communities across the globe.

The breakthrough comes on the eve of the 50th anniversary of the world’s first heart transplant, by Professor Christiaan Barnard, which took place at Groote Schuur Hospital in Cape Town on December 03, 1967.

Aimed at millions of patients in developing countries who would die without open-heart surgery, the valve allows doctors to repair or replace diseased heart valves at rural hospitals without the need for expensive, sophisticated, equipment or open-heart surgery.

The valve and the procedure to insert it which has been in development for eight years, received international acknowledgement recently when Strait Access Technologies (SAT) – a start-up company of the University of Cape Town received two prestigious global awards for innovation in cardiac surgery.

The awards were made at a recent meeting of the European Association of Cardio- Thoracic Surgery. The SAT team’s innovation will enable a general surgeon in a medium-sized African hospital to replace a heart valve – without the need for open-heart surgery. This is the breakthrough for which the group received the awards. 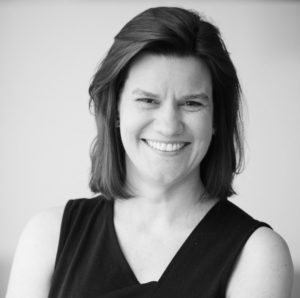 “It was amazing to see the enthusiasm with which this innovation was welcomed by so many of the worlds’ top cardiac surgeons and academics,” said Heather Coombes, COO of SAT in an interview this week.

According to Professor Bongani Mayosi, Dean of the Faculty of Health Sciences at the University of Cape Town, at least 33 million people worldwide are affected by rheumatic heart disease. Many of these patients will die without surgery.

“Rheumatic heart disease occurs most frequently among people living in crowded conditions with limited access to health care. An initial untreated infection of the throat with streptococcal bacteria leads to an immune response of the body that inadvertently also attacks a patient’s heart valves,” says Professor Mayosi.

In millions of patients this so-called autoimmune attack destroys the heart valves to a point where only replacement with an artificial valve can save the patient’s life. Sometimes, this happens in children and adolescents, mostly it occurs in young adults between 14 and 30 years old. 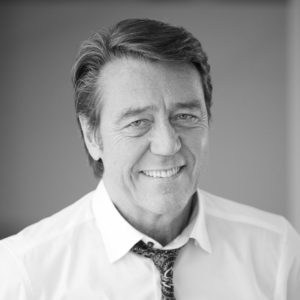 According to Professor Peter Zilla, head of the Christiaan Barnard Department for Cardiothoracic Surgery in Cape Town, who heads the team developing the valve and pioneering the procedure, there are numerous problems associated with heart valve replacement.

“Apart from the high cost of medication, the replacement heart valves being used now are imported from North America or Europe. They are unaffordably expensive and poorly suited for the affected patients.”

The valve and procedure for its placement pioneered by Professor Zilla’s team address all these shortcomings – not least the cost that is a fraction of the price of the valves currently available.

“In essence all a general surgeon will have to do is make a small incision and insert a self-homing hollow-balloon carrying the valve into the heart. The heart continues to beat during the implantation of the valve without interrupting the blood flow to the brain and the other organs.

“The valves are made from a novel plastic material, and can be mass-produced at low costs. Long-term bench tests show a durability equivalent to 20 years in a patient,” he said.

Professor Zilla and his team expect to begin clinical tests of the valve and the procedure with 150 patients in 2018. This will be followed by ratification from global medical governing bodies, followed by production. The valves will be manufactured for global distribution in Cape Town by SAT.

Cardiologists from South America, Asia and China have already shown enthusiastic interest in the valve.

“I would like to acknowledge the financial support we have received in developing this valve from UCT and our major funder Bidvest,” said Professor Zilla.

Meanwhile the clinicians, engineers and researchers at the Christiaan Barnard Department are already looking to their next innovation goal: based on decades of their leading role in tissue regeneration, they have received a grant from the National Research Foundation to create living replacement heart valves that can grow with the patient.