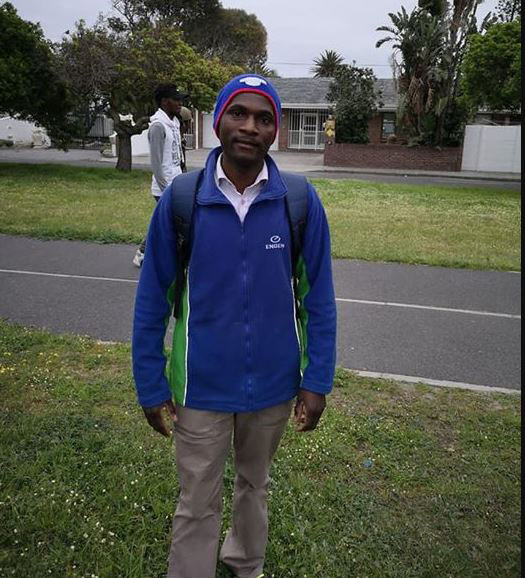 Engen’s “With us you are Number One” brand promise took on a new meaning when a brave Table View petrol attendant, without a thought for his own safety, rushed to the defence of an elderly woman being attacked and robbed.

Lawrence Kananji, originally from Malawi and now a petrol attendant at Engen Rietvlei Service Centre in Table View in the Western Cape, is being hailed as a hero for his selfless act, which saved the woman from potentially serious harm.

The elderly lady had been walking past her attackers’ parked car in Ascot Road, Table View when they leapt out, flung her to the ground and proceeded to try and rob her.

“I saw the blue car parked along the road and was walking towards it when I saw a guy jump out and attack the woman. They threw her to the ground and were beating her as they tried to steal things from her,” Kananji says of the incident, which took place in broad daylight on Sunday, August 19.

“I ran towards them and when they saw me they jumped into the car and drove off. They were pointing something at me, but I couldn’t see what it was.”

Kananji then flagged down motorist Glenn Bradfield to transport the woman home.

Bradfield, calling Kananji “my hero for today” in the post, said the petrol attendant put his life at risk to save the woman from serious injury. The post has, to date, been liked more than 15 000 times and has been shared by nearly 11 000 people.

The slew of positive responses and praise included messages such as: “you restore my faith in humankind”, “what a super star” and “may you be protected always”.

Kananji is grateful but modest about the reaction, and says he had no time to be afraid.

“I just wanted to save the woman from them. I never thought about anything else,” he says of his walk to work that turned out to be far more eventful than he had expected when he set off that morning.

Costa Petsas, owner of the Engen Rietvlei Service Centre and Kananji’s employer of 10 years, says he learnt about the incident when it was posted on Facebook.

“He just arrived at work and never told a single person what had happened. Now he’s become something of a celebrity, and I’d like him to know how very proud I am,” says Petsas.

Other than being taken out for a celebratory dinner by Petsas, many good Samaritans have also contacted the company with a view to making donations to Kananji. He has also since been sponsored a bicycle so he no longer has to walk to work.