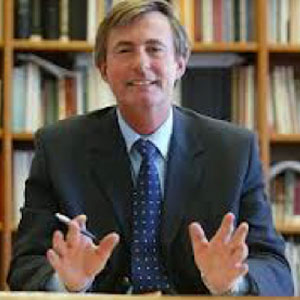 What’s going to happen in Europe this year?

Whereas 2016 was the Year of Brexit, only within four months to be superseded as the Year of Trump, 2017 looks likely to be the Year of Europe. Not that Brexit or Trump are fading, if anything Trump’s intensity hasn’t yet peaked. Europe, however, is sending signals of being in a thoroughly confused state, still being pre-something but sensing of becoming post-something.

Where bigness is concerned, the focus is on France by May/June and Germany in September. But there are the smaller ones, too, to take into account, Holland in March and Italy possibly in May. Nothing radical may happen in any of them after all, yet the forces of populism are rapidly advancing. Nothing can be left to chance any longer.

In France the main parties, labour and conservative, are in disarray or otherwise fragmented. While in the first presidential vote, Marie Le Pen makes a good chance of being voted first, there has long been a French tradition of uniting in the second decisive vote to keep out any wild horses.

This was supposed to happen again. Whether it will no longer looks as vident. A Le Pen victory is coming into reach of the possible. Unlike in the US, where an electoral college skewed among the states decides the final tally, in France it is the popular vote that matters, one hurdle less for the populists.

But even if the societal anger has been growing in France, there is still a sense of aversion to overthrow the existing order, withdraw from Europe and become radically anti-Islam and immigrant. These are red lines in the sand, already crossed over by many, but as yet not the majority?

In Germany, Merkel looks strong (if somewhat diminished) in own ranks, but an alliance of the three leftish parties with Shultz leading is coming close to suggesting of possibly achieving a majority.

In both countries, Trump works divisive. For some he intensifies the belief in radical change. For others, he deepens the sense of danger. Many Europeans don’t necessarily want to give up their cherished achievements for something that looks or smells like Trump. Besides, there remain the throwbacks to the chaos of nearly 100 years ago and what subsequently followed.

Reason to remain playing it safe?

There certainly will be major shifts. Little Holland had for months been sending out signals that 2017 could be the year of the biggest political upset in decades. It certainly looks possible for the PVV of populist Geert Wilders to become the biggest single party, but in politically fragmented Holland with its low entry barrier, many end up in parliament, instead of favouring the biggest parties who now remain pygmies in their own right, having to enter alliances to form small majority governments.

In decades gone by, this has given rise to predicable horse trading among parties once the voting is done, compromising being high up in their make-up. But this year could be different. If Wilders were to become the biggest party, though well short of 50% of the seats in parliament, he would have won the right to seek to form a government. The snag is the vehemence of all other parties by which they rule out such an alliance before the voting has even taken place.

To suggest that realism will make some parties to change their minds is probably to misunderstand the distrust and distaste that exists regarding Wilder’s wild ideas. The ostracism has been steadily growing, proportionally to Wilders gaining popularity. It is a populism and enthusiasm that ignites a backlash of enormous proportions.

Another two weeks before we know the results, after which it can take months to build an uncertain alliance that can govern. But at least another marker will have been drawn, one that will reflect on France, Italy and Germany shortly, too.

Italian politics shows similar evidence of having imploded in recent years, with established parties being challenged by populists. As in France, a breakthrough here would probably also mean an exit from Europe, even though a very large majority of Italians are against this.

Greece is lately back in the news, too, regarding its debts and the threat of Grexit. Difficult to call, for a majority there also wants to stay, but with no quick prospect of financial relief, implying financial stress for many.

The political temperature has been rising all over Europe. Even if it doesn’t yet cause the radical tip overs feared by many, it certainly will change the political appearance of Europe radically in months to come.

This argues against a strong Euro, especially if the Dollar were to gain further on the strength of Trump’s many plans. And it doesn’t encourage confidence in future policies, the grease that oils the economic wheels.

Though Europe keeps advancing, recovering from its crises these past ten years, it remains a slow float. This may not change quickly.

That said, any stimulus engineered by Trump might spill wider, favouring the broader world and by implication Europe. The uncertainty about this remains palatable. Many simply don’t know what to believe as to what 2017 has in store for them.

Something they have increasingly in common with many middle class South Africans.