In the 15 years that I have been populating www.sagoodnews.co.za with ‘positive and informed’ articles and facts – and in the 600 or so presentations that I have done on SA around the world – I have always been able to refer to the World Economic Forum’s Global Competitiveness Report (WEF-GCR) and the surprising number of measures where we are WORLD BEATERS.

The WEF-GCR evaluates the world’s 137 largest economies, as measured by GDP, and compares their competitiveness across 12 pillars using +/- 120 measures.

The devil is always in the detail

I have always been able to brag that there are 9 measures where we have consistently been measured as a top 10 country.

That has all changed – and that’s bad news! Nevertheless, I believe passionately in our judiciary; the untold story of the courage of our civil society; the exciting, developing informal sector, and the resoluteness – the robustness – of our private sector. Good news there, which I will continue to report.

But why this crashing decline in our Global Competitiveness? 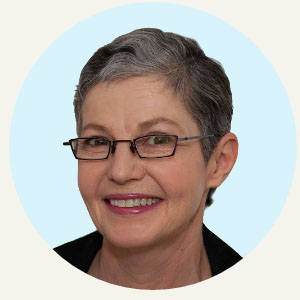 So it will not help that SA has just received a crushing evaluation from the World Economic Forum (WEF). It finds that SA has fallen sharply down the global competitiveness ladder and, even more disturbingly, is losing some of the key competitive advantages it has long relied on to attract investment.

This is the survey SA constantly trumpets, in which it used to be number one in the world for its auditing and reporting standards. No longer: SA has fallen 30 places in the auditing rankings in 2107. It has crashed too on the measures of financial market strength where it had long ranked near the top, falling 33 notches down the WEF’s scale.

Along with that, corruption has emerged in the WEF’s survey of executive perceptions as the most problematic factor for doing business in SA, along with problems such as crime, government instability and taxation. 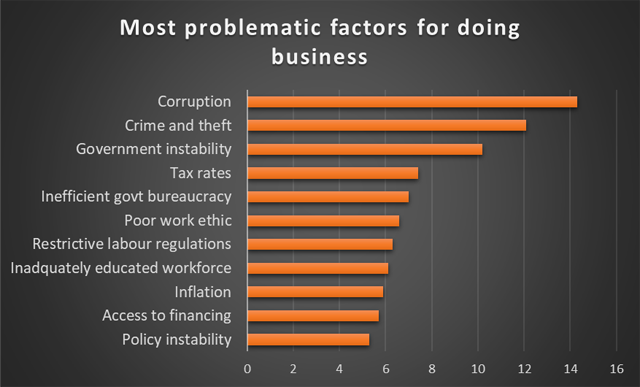 The WEF tries to be nice, pointing out that SA is still one of Africa’s and the world’s more competitive countries. At 61st, it still ranks in the top half of the 137 countries the WEF rates.

But at peak just before the financial crisis (2008), SA’s ranking reached 44th, and even though it had fallen in the wake of the crisis, SA had been climbing the rankings again in recent years (see above).

The key factor that has driven its ranking down is the erosion of institutions and of confidence in those institutions, specifically economic and market institutions. SA cannot afford to lose that, especially given how low it ranks on other key measures for competitiveness, such as the quality of its education and public health systems, where it has long lurked near the bottom of the table.

These global surveys by the WEF or the World Bank attract lots of controversy and criticism, but when investors are scoping a large bunch of potential target markets, country rankings are a shorthand way to determine which countries to include in a short list. That’s why they matter for investment. But they should matter to policy makers too because they provide a peer group comparison of strengths and weaknesses.

And while SA is still ahead on competitiveness of peers such as Brazil, it is well behind 40th-ranked India, for example.

The WEF defines competitiveness as the set of policies, institutions and factors that determine the level of productivity of an economy and, in turn, the level of prosperity it can achieve. The index is based on a subjective survey of executive perceptions as well as on a set of objective measures, so the rankings are sensitive to the methodology the WEF employs — and SA’s fall is partly explained by a tightening up of the methodology in the latest survey.

But that’s only one part of the story. The much more significant part seems to be the rapid decline in SA’s institutional fabric, a risk factor that has also loomed large in the ratings agencies’ assessments of SA. What’s more, the WEF’s latest global competitiveness rankings come after a World Bank report on SA which pointed to its inability to innovate or generate the start-up enterprises that could create jobs and diversify SA’s export base.

That is ironic, given that one of the few metrics on which SA ranks highly on the WEF’s scale is innovation and the sophistication of its business sector.

The World Bank credits SA with having the academic excellence and urban brains trusts it needs to be innovative — but cites its inability to leverage those strengths in a way that provides an environment in which new, innovative businesses can develop and thrive.

That too is about politics and policy and how hard it is becoming to do business here.

The WEF has described SA’s growth as being at a near standstill. If policy makers want to revive the economy, they would do well to heed the message that is coming from the likes of the WEF and the World Bank.”

We are all waiting, sitting on our hands, as are many global investors, to see what transpires on the political front come December.

Hopefully this will signal the end of the rot.

The damage caused by the current administration; the blatant, unashamed corruption; the enabled state capture; the resurgence of crime and theft; the incompetence of government bureaucracy; the utterly hopeless leadership and the madness of COSATU have taken their toll on the reputation of SA Inc.

Our Global Competitiveness Ranking has been one of the many major casualties.