by Karselle Moodley and Rob Taylor

Youth unemployment at 60% is surely one of SA’s greatest challenges. Our mission is to build a national movement of engaged young leaders for youth employment and school improvement.

Grounded in values and inspired to lead change in their schools and communities they develop the character and determination or GRIT that is key to professional success. 80 % of our graduates are either studying, working or volunteering after leaving school.

Working in support of the Department of Education our leaders are catalysts for mobilizing large numbers of young people in schools achieving what we call the multiplier effect.

In the last 6 years we have developed 3500 future leaders who have benefited a network of over 70,000 learners. 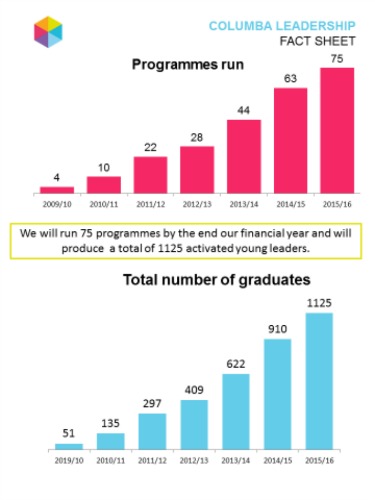 We surveyed 45 principals to ask their views on our impact in their schools . They indicated a strong positive impact on academic performance, school drop-outs, teen pregnancy, classroom discipline and late coming.

-Columba Leadership was one of the exclusive winners of the First Rand Foundation’s Innovation for Impact Award 2015. Columba Leadership received this prize based on our innovative concept: The Catalyst App. The Catalyst App is a pioneering mobile technology application to automate the capturing of data relating to the investment of time by young people in school and community improvement projects. Through this app, users will have a verified account of the remarkable impact they have achieved in their schools and community.

-We were a finalist in the Mail and Guardian Drivers of Change awards, where we were nominated in the Civil Society Category. The awards recognise individuals and organisations driving change, working towards moving South Africa forward. Columba Leadership was recognised for our Catalyst App, which will allow young people to track their social contributions and allow for Columba Leadership to measure Social Return on Investment (SROI) on investor funding.

-Late in 2014 we were selected to be part of the Santa Clara University Global Social Business Accelerator program in Silicon Valley in the United States of America. Columba Leadership was one of 15 organisations chosen to be part of the programme from hundreds of organisations worldwide. The programme includes 10 months of training and mentoring for seasoned entrepreneurs seeking to reach exponentially greater numbers of customers and beneficiaries. It ran until August 2015 culminating in Rob Taylor presenting Columba Leadership to venture capitalists in Silicon Valley.

In 2016 we aim to achieve the following:

-Run 104 programmes and produce 1560 activated leaders.
-Grow from 49 to 60 staff members.
-We will be issuing corporate engagement research, conducted by Jonathan Cook, which investigates the extent of the impact that the Columba Leadership Programme has had on corporate participants, as well as the benefits to the businesses involved.

We are looking forward to an exciting year ahead. 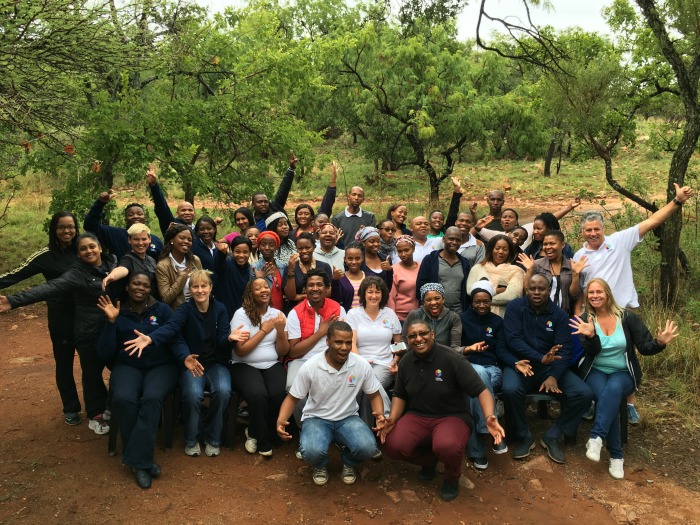 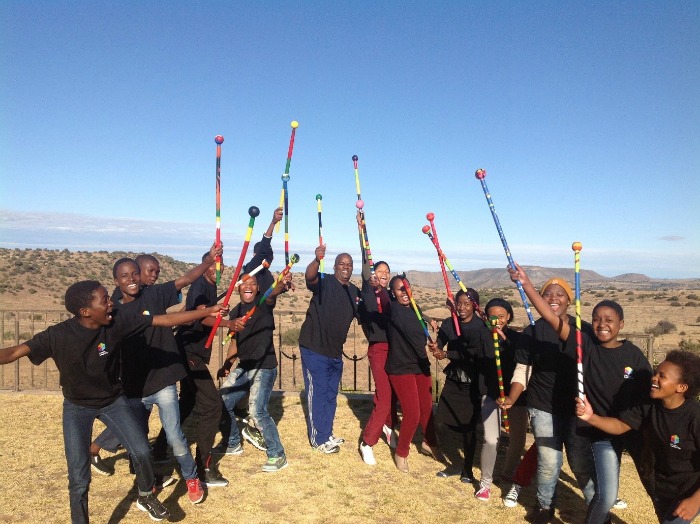