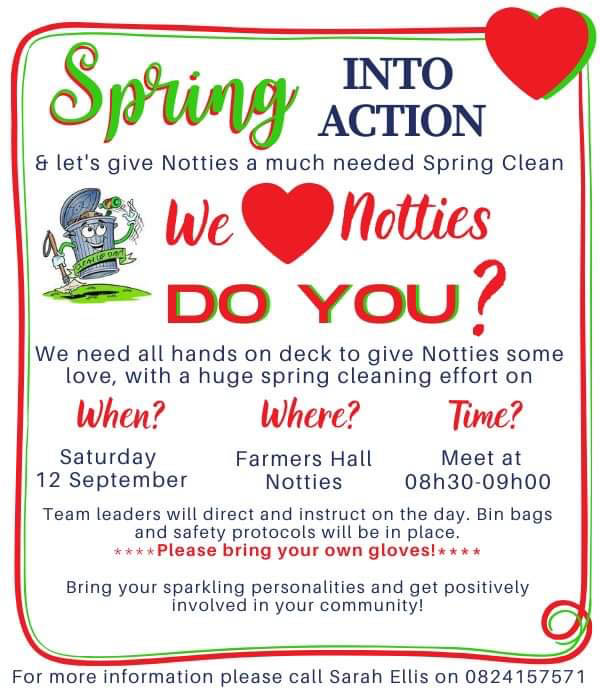 On Saturday 12 September about 200 Nottingham Road volunteers (a small village in KZN, South Africa), ranging from volunteers living in the eSthendeni informal settlement to those living in the upmarket Gowrie gated Estate, responded to this invitation and gathered outside the Farmer’s Hall, armed themselves with heavy duty plastic bags provided by Nottingham Road Fuel and Gas and set off to pick up rubbish. The clean-up included the road verges between Balgowan, Fort Nottingham, Mount West, Rosetta and Nottingham Road, and farmers who took responsibility for their own verges, an area spanning some 40 kilometers in diameter. Every road verge between the five villages mentioned were cleared of rubbish, 20 tons of it! 1200 bags carefully dumped afterwards at the Mooi River refuse site by trucks donated locally for the cause. 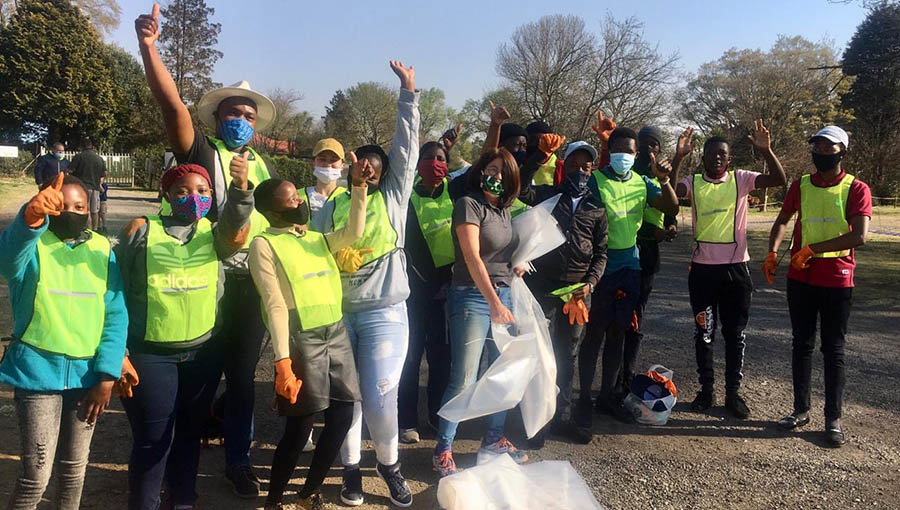 How did that happen? Well, quite frankly, this community believes in itself, its good will, its sharing and its mutual trust. The major impetus started in March with a group of concerned residents, the Nottingham Road Relief Fund (NRLF) gathering to feed those who were worst affected by the onset of COVID-19. It was real teamwork; farmers, community donors, volunteers gathered at the Fordoun Crane Foundation Centre weekly to prepare food parcels and distribute them to needy families, particularly those worst affected by unemployment and the closing of schools. Then on August 16, if things couldn’t get worse, the eSthendeni squatter camp was burnt to the ground, all the residents lost everything! The community via NRLF rallied, SPAR donated, citizens contributed, the energy was palpable.

But truth be told, it goes back further than that, about 8 years ago, a group of concerned residents initiated Nottingham Road Refreshed, employed people to clean, cut the verges, and ‘refresh’ the Village. For many years the Nottingham Road Farmers Fund, a voluntary association of concerned farmers, has sponsored a range of community initiatives and supported community activists. Last year an Education NGO, Partners for Possibility, driven by local resident Karen McKenzie, became involved in 8 local, marginalized schools. Volunteers with business experience partnered with the principals to assist with improving the schools as functional places of learning, the difference that has resulted is remarkable. This year another 8 have been enlisted.

My sense is that communities are working together more than we think. Journalists, now very thin on the ground, don’t have time to investigate these stories, they are, and legitimately so, involved in exposing those who have abused the goodwill, the sharing and the trust placed in them by the voters, and that process must be supported, as our President recently did https://mailchi.mp/presidency.gov.za/from-the-desk-of-the-president-monday-14-september-2020. In SA we suffer from a legacy of exclusion more than anything else, we live right next door to each other, but know so little of the challenges we face. We can overcome that, as this Nottingham Road initiative shows, if everyone has skin in the game we will build the kind of society our children can thrive in.