Yesterday, March 21st, was Human Rights Day. A brief history is appropriate, the struggle for human rights in South Africa was long, painful and protracted. The struggle was worth it, we now have a bill of human rights that is the envy of the world.

But in recent times, the debate has shifted. Many South Africans are increasingly talking about, and writing about, what responsibilities should accompany those rights. It seems that worldwide the pendulum has swung in favour of rights, with a sense that there is little responsibility to exercise those rights responsibly.

In this newsletter I briefly cover our history, a summary of our Bill of Rights and a proposal in terms of a Bill of Responsibilities. 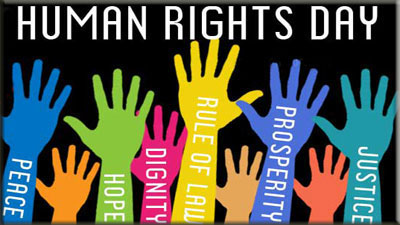 In 1948 the National Party came to power in South Africa and began to formalise segregation in a succession of laws that gave the government control over the movement of black people in urban areas.

The Native Laws Amendment Act of 1952 narrowed the definition to blacks with permanent residence in towns and cities.

Legally, no black person could leave a rural area for an urban one without a permit from the local authorities, and on arrival in an urban area, the person had to obtain a permit within 72 hours to seek work.

The Reference Book, or Pass, included a photograph, details of place of origin, employment record, tax payments, and encounters with the police.

Here are five facts about the aftermath of these Pass Laws: 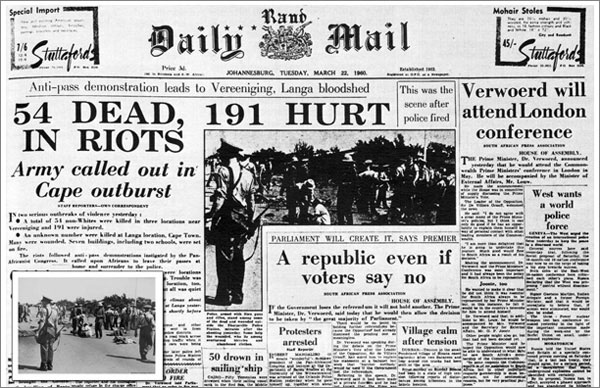 Human Rights Day in South Africa is linked with 21 March 1960, and the events of Sharpeville. On that day 69 people died and 180 were wounded when Police fired on a peaceful crowd that had gathered to protest against the Pass laws.

It was more than a protest against the Pass Laws of the apartheid regime. It was an affirmation by common people, rising in unison to proclaim their rights, and it became an iconic date in South Africa’s troubled history.

Pan Africanist Congress (PAC) proposed an anti-Pass campaign to begin on March 21, 1960. Black men were to gather at Sharpeville without their reference books and present themselves for arrest. The order was given to disperse, after which the Police opened fire with sharp-point ammunition on the crowd of men, women and children.

n 1994 when Nelson Mandela became its leader, March 21 was included in the list of national holidays of democratic South Africa. On Human Rights Day, South Africans are asked to reflect on their rights and how to protect themselves against violations. 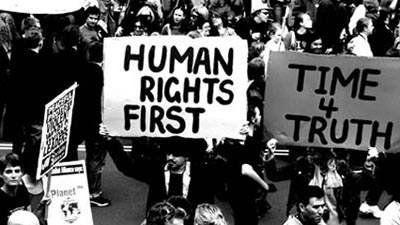 It enshrines the rights of all people in our country and affirms the democratic values of human dignity, equality and freedom. The state must respect, protect, promote and fulfill the rights in the Bill of Rights. In terms of the Bill of Rights all persons have a right to citizenship and security. Persons and groups are entitled to freedom of assembly; association; belief and opinion; and expression. They have the right to demonstrate, picket and petition; everyone has the right to be free of forced labour, servitude and slavery.

SUMMARY OF THE SOUTH AFRICAN BILL OF RIGHTS

Equality: You cannot be discriminated against. But affirmative action and fair discrimination are allowed.

Human Dignity: Your dignity must be respected and protected.

Life: You have the right to life.

Freedom and security of the person: You cannot be detained without trial, tortured or punished cruelly. Domestic violence is not allowed.

Privacy: You cannot be searched or have your home or possessions searched.

Freedom of religion, belief and opinion: You can believe and think whatever you want and can follow the religion of your choice.

Freedom of expression: All people (including the press) can say whatever they want.

Freedom of association: You can associate with whomever you want to.

Political rights: You can support the political party of your choice. If you are a citizen, and at least 18 years old, you can vote.

Citizenship: Your citizenship cannot be taken away from you.

Freedom of movement and residence: You can go and live anywhere in South Africa.

Freedom of trade, occupation and profession: You can do whatever work you choose.

Labour relations: You may join trade unions and go on strike.

Environment: You have the right to a healthy environment.

Property: Your property can only be taken away from you if the proper rules are followed.

Housing: The government must make sure people get access to proper housing.

Children: Children under the age of 18 have special rights, like the right not to be abused.

Language and culture: You can use the language you want to and follow the culture that you choose.

Cultural, religious and linguistic communities: Communities can enjoy their own culture; practice their own religion; and use their own language.

Access to information: You have the right to any information, which the government has.

Just administrative action: Actions by the government must be fair.

Access to courts: You can have a legal problem decided by a court, or a similar structure.

Arrested, detained and accused persons: This right protects people who have been arrested, imprisoned or accused.

NOTE: All these rights can be limited if it would be fair to do so.

A Bill of Responsibilities for the citizens of South Africa

I accept that the rights enshrined in the Constitution of the Republic of South Africa lay a strong foundation for a country that is free, and in which all of its people are equal. I also accept that the Bill of Rights lays out unconditional rights for the all citizens of South Africa, and that the primary responsibility for the protection of those rights rests with the state.

I accept that while any legal responsibilities I have to my fellow citizens are codified in statutory law, I can nevertheless impact on those around me in positive and negative ways, regardless of the legal status of my actions.

On thought and speech

On patriotism and the future of South Africa