A letter to my fellow South Africans – all of them

We all have our fears and the fear of personal injury must rank right up there for most of us – certainly for me. The greatest fear for me is to be confronted by my two paramount fears at the same time: the fear of personal injury and the fear of injury to my loved ones. My greatest fear is not the possible injury as such, it is the fear of having to choose between these two fears. If it should ever happen, will I fear more for my own life or will I fear more for the lives of my loved ones?

Two weeks ago I was working in my study at home. My wife was bathing the two-year-old twins and our eldest daughter was on her way home from university. It was about half past seven on a cold winter’s evening.

My daughter appeared in the door of my study with me hardly noticing and instead of the normal ‘hallo pappa’ she just said ‘pappa’. The strange tone of her voice made me look up. Next to her was a young man – young, her age – subtly showing me the revolver in his hand. There were three. They waited in the garage for her.

My daughter looked at me for some kind of guidance – my beautiful clever little girl – I saw her. And for a moment I also saw the future of this country standing next to her: young, poor, uneducated, unemployable and violent: the flotsam and jetsam of a failed society.

Our ordeal had begun.

Not much happened initially. We were told to be quiet, we were tied up, gagged and blindfolded. We were good hostages. Once we were immobilised they took turns unhurriedly exploring our home, gathering the easy pickings: cell phones, laptops – that kind of thing.  Now and again they would ask for ‘’the guns’’, ‘’the money’’ and ‘’the safe’’. Gradually these questions became more frequent and more intense. ‘’We will ask the babies where the money is!’’

It was going to be a long night …

The power went off, startling them. The questioning became more urgent, ‘’Where’s the money?’’. The threats became more explicit, the pushing around more forceful. My moment had come, I had to choose my fear.

I convinced the one with the knife that I had money in my car if he would only allow me to show him. Eventually I was led outside. He battled to open the garage door. I heard the babies cry.

I succeeded in getting my hands loose. Standing there, hands loose, but held behind my back. My moment was now, choose your fear this instant and then live with it! The right moment showed itself. I attack him, I hit him, I hold onto him as he tries to escape, I fight for what is mine – I choose the greater fear.

He whimpered as he tried to escape my grip, slashing my arm, cutting through muscles and sinews and scoring a wide wound on my head. He escaped from my clutches, but not from his fear. He ran screaming from a wounded man; I will be his nemesis from now on. But I chose and conquered the greater fear.

I do not share this with you because I am a hero. A hero would have acted sooner, more successfully, more precisely, more accurately. I share this because I made a choice and I know we must make a choice. For the moment to choose our fear is now, for the sake of our country. I urge you to choose your fear.

Many fears lay ahead for me that night. Some fears I chose, some were chosen for me. I ran for help. My neighbours immediately reacted to my alarm. I ran back, over the wall again, over the bridge again, up the veranda stairs just to collapse at our front door as I saw my family. I had been saved, but my body was running out of blood!

My daughter was a hero, getting me to hospital in her car. Our gardener, also a hero, protected and helped where he could. Our neighbours took in my family. I was driven to hospital lying in my own blood and falling in and out of consciousness. The hospital staff were absolutely amazing. The emergency process worked like a dream. Well-oiled gears, competent hands, kind eyes.

I thought to myself, ‘’Why would any government even think of changing this to the way the state provides medical support?’’. ‘’Why don’t they rather change the state’s medical system to what I have experienced?” I know I do not want to be part of the NHI.  I now know it will be just another disaster! Just like Eskom, SAA or PetroSA and so many more.

More fears and pain; a catheter, a woman – a black woman as it happens – washing me gently, in all my humble nakedness.  But I was saved and so was my family. A few days in ICU, a few hours in theatre, many units of blood and absolutely overwhelming support from all South Africa, then I was back home. Thank you! Thank you! Baie dankie! Nkosi!

Rehabilitation should take up to a year, they say.

Day two at home and the process of getting our lives together again, starts. Cell phones: ‘’You have to come in personally sir, that’s the law, it’s for your own protection’! Hours later, reams of forms of paper and still the government licensed, oligopolistic cell phone institution can’t get us connected. More forms, ‘for your protection sir’. With all of these laws and regulations supposedly designed to protect us, why is it so hard to get our stolen phones back?

I dread the prospect of facing the creaking bureaucracy, of getting new drivers’ licences. I know the wait that will follow, the incompetence, the not-so-subtle hints of bribes, the arrogance of the ‘’civil service’’.

All my friends ask me: ‘’Will you leave?’’ At first I didn’t know, but now I do. I will not go! I will choose the greater fear. That night I saw evil, but I also saw so much more that is good in this country: my neighbours, my friends, business partners, the hospital, everybody –  everybody! – were just amazing. How can I leave my people, my people that I owe my life to? If we weigh the good against the bad, the good would be many times more than the bad in the country. All we need to do is know that we have more good than evil. It makes it easier when you choose your fear.

As an economist I know what the numbers tell us, but now I can also feel it in my bones, quite literally. I can see how this country is slowly deteriorating, how our institutions are held in contempt with only a few left standing intact, how our state-owned enterprises are destroyed by incompetence, with a massive effect on the economy. I can see how corruption, nepotism, cronyism, incompetence and inferior leadership is leading this country into economic stagnation, unemployment, poverty, chaos and the eventual inevitability: the cesspit of a failed state, from where even those cancerous cells that created this environment can’t escape.

That evening I accepted being robbed, beaten, slashed, and even more, just like I have accepted our country being beaten and robbed. But then, that evening, I reached a threshold, some edge, where I refused to be treated like this anymore. I believe my action changed the future of my family for the better. We can also decide to do the same with the future of our country; I urge you!

Please: I am not advocating violence. I don’t even know if attacking an intruder is the right thing to do. But if I was able to choose my greater fear, I do know I can change the future of my family and my country, but we must do it together!

I don’t fear anymore, I’ve seen my fellow countrymen in action. I have seen their competence, their compassion and their care. I have seen and I have experienced their efficiency, their output, their spirit. I know I can trust them.

This is what must happen: forget about the NDP, NDR, IPAP and other abbreviations that are in any event not implemented. Three steps are all that is required.

Don’t tell me it’s not possible, it has been done before. However, a very first step would be for all of us to hold our political leaders in office accountable for doing what is required. Political leaders who will choose their own greater fear.

Let us stand up. Let us walk together. Let us mobilise and refuse to do crime, be intimidated, bribe, and support corrupt leaders. Let’s oppose those cancerous cells! 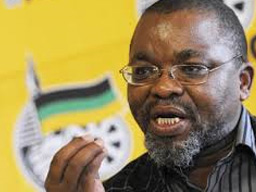 Let us choose the greater fear for we are South Africans!

News 24 reports ANC secretary general Gwede Mantashe’s response when approached for his comment was – “They (open letters) are in a publicity stunt and I don’t engage such people,”  “The letter was not directed to us, it was directed to everyone.” “People who write open letters are not inviting people for discussion.”