Is SA is becoming a nation of three countries — along class, not racial lines? 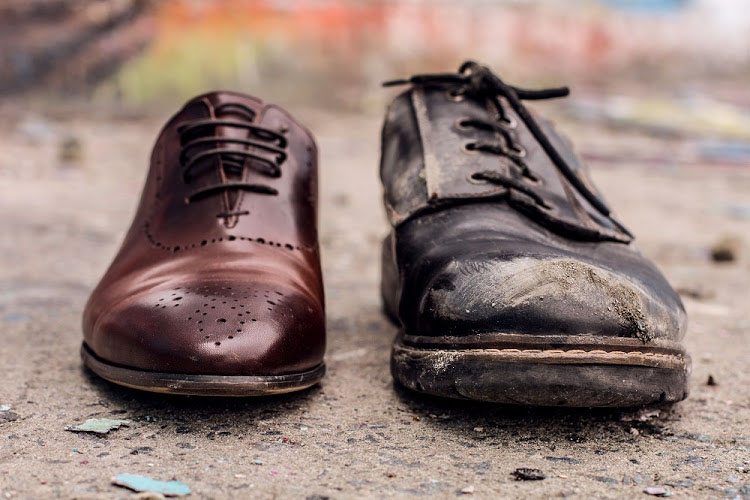 We talk all the time about poverty, inequality and unemployment. Inequality is mostly referred to as a black/white issue, and sadly whites are often presented as the ‘bad guys’. The Bell Pottinger campaign around ‘white monopoly capital’ was framed to do exactly that – to polarise. The ‘expropriation without compensation’ call is the same, constantly referring to “stolen land” with the ‘bad guys’ being ‘white farmers’. The same can be said, I’m afraid, in respect of much of the debate around racism and hate speech, with many arguing that only ‘whites’ can be guilty of both.

But is this the reality? Has the dynamic of inequality changed at all over the past 24 years?

For that matter, has our narrative on poverty, inequality and unemployment changed over the past 24 years, or is it stuck in ‘old’ apartheid rhetoric as the governing party seeks to explain its failures in the areas of health, education and social delivery?

This article provides some interesting insights as to why the rhetoric on inequality is misguided and distorted.

It is a good read

In May 1998, SA’s then-deputy president Thabo Mbeki declared that “the material conditions in our society have divided our country into two nations, the one black and the other white”.

Mbeki claimed that the disparity in material conditions was so great that it was possible to label SA “a country of two nations. One of these nations is white, relatively prosperous” and “all members of this nation have the possibility to exercise their right to equal opportunity”.

“The second and larger nation of SA is black and poor and it has virtually no possibility to exercise what in reality amounts to a theoretical right to equal opportunity.”

Has anything changed from Mbeki’s diagnosis two decades ago? Is SA still “a country of two nations”? There is much suggesting this is still the case.

Why does inequality matter and is it strictly racial?

The South African Reconciliation Barometer, a nationwide public opinion survey conducted by the Institute for Justice and Reconciliation, shows that South Africans consistently identify inequality – the gap between rich and poor – as the greatest division in society.

In this case, the perceptions of citizens converge with the statistical reality.

A recent World Bank report entitled Overcoming Poverty and Inequality in South Africa confirmed that “inequality has increased since the end of apartheid. Richer households are almost 10 times wealthier than poor households.”

For Mbeki, inequality was an inter-racial phenomenon. However, its dynamics have changed over the past two decades. Intra-racial inequality – inequality within race groups – has grown substantially, especially among black South Africans. SA remains among the most unequal countries in the world, with a Gini coefficient for income per capita at 0.68.

The University of Cape Town’s (UCT’s) Southern African Labour and Development Research Unit shows the share of black South Africans in the top income decile has increased from 13.87% in 1993 to 30.79% in 2008.

There has been little demographic change in the lower income deciles, and new research predicts the rich may yet get richer.

However, inequality is no longer simply a black and white issue. The richest 10%, who account for 70.9% of all wealth, is increasingly multiracial, while about half of the population is considered chronically poor, and another 27% live with the threat of poverty.

If the metaphor is extended, SA might be developing into a country of three nations — but along class, not racial lines.

In 2001, UCT professors Nicoli Nattrass and Jeremy Seekings claimed that “inequality is driven by two income gaps: between an increasingly multiracial upper class and everyone else; and between a middle class of mostly urban, industrial or white-collar workers and a marginalised class of black unemployed and rural poor”.

So what hope is there of reconciling SA if the division between the rich and the poor continues to grow?

When asked to assess the changes that have taken place in the country since 1994, three in four South Africans said inequality was either the same or worse in 2017. The barometer’s data shows that South Africans want a united nation, but that it will have to become a more equal nation.

After his inauguration in March, President Cyril Ramaphosa promised “a new dawn”. His efforts to implement a national minimum wage should minimise income inequality and boost spending power, but many South Africans are not formally employed.

Young South Africans are disproportionately unemployed, while state funding per pupil has declined and class sizes have grown. The new dawn cannot afford another generation of inequality.

In 1998, Mbeki ended his speech by quoting the African-American jazz-poet Langston Hughes, who asked: “What happens to a dream deferred?” After 20 years of increasing inequality, South Africans should be wary of his answer: “It explodes.”