Patience is key as Ramaphosa works through Zuma destruction 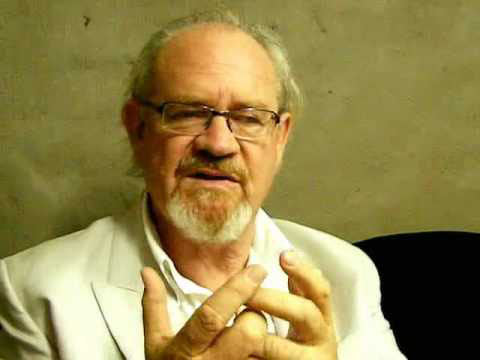 By Max du Preez
Many South Africans, including many political commentators, seem to yearn for a table-thumping, fiery sword-wielding demagogue as leader, someone who personifies their own anger and frustrations.

Cyril Ramaphosa is not that man.

Ramaphosa is a calculated, measured politician. He plays the long game. He works out his strategies and follows them doggedly, often surreptitiously.

It is this strength that is now seen as a weakness. And indeed, if this view of him prevails for too long, it will become a weakness. Time is the one gift he does not have, neither is his nation’s patience.

His “new dawn” is cheap talk; Ramaphosa is spineless; South Africa is in intensive care and we’re in as bad shape as we were before 1994, I read the commentariat saying.

It is easy to sing in the new depression choir. No-one will take you on. It is simply not politically correct to retain a modicum of hope and optimism.

I think political analysts have the responsibility to see through the national negativity, to ignore the noise and to find the substance. To create the context and backstory, rather than please audiences.

The fact is that we are indeed experiencing a major transition – a real one, not the “second transition” Jacob Zuma talked about when he was president.

All big transitions bring with them some instability and confusion as heightened expectations clash with reality.

Most of us knew that Zuma was a disaster, but it only really became clear after his departure how close to the abyss he had taken this country.

He killed accountability; he ruined and compromised state institutions; he oversaw the raiding of state-owned enterprises; he legitimised, almost normalised, corruption and nepotism; he triggered a new ethnic chauvinism and tribalism.

Zuma rudely interrupted what should have been a natural progression in state craft, governance and constitutionalism in the ANC after Nelson Mandela end Thabo Mbeki. Literally hundreds of billions were stolen under his watch, and most provincial and local governments deteriorated to almost complete dysfunctionality.

And then, half unexpectedly, the ANC elected Ramaphosa to replace him in December last year. The expectations of punch-drunk South Africans, black and white, poor and rich, skyrocketed.

We want a wholly new dispensation, they said, and we want it now. Turn SS South Africa around on a tickey.

After nine years of undermining the Constitution, we are moving to a restoration of accountability, of the rule of law, of a professional and efficient criminal justice system. State-owned enterprises are steered to become agents of development rather than cash cows for the politically connected.

We have to establish an entirely new political culture than the one we’ve had for the last decade. No nation can do that without pain, confusion, division and some instability, and South Africa’s democracy is only 24 years old and the bitter past is still all around us.
Most of us have underestimated the potential for fight-back by those who had benefitted from the Zuma presidency. Why did we think that those in his networks of patronage would simply stand back and say, “sorry baas Cyril, yes baas Cyril”?

There was a lot of talk the last week or so about Ramaphosa caring more about his party than about the country.

That is contrary to everything I know about him, and I’ve been watching him from up close since his trade union days of the early 1980s, all the way through to becoming the shrewd negotiator leading up to 1994 and the midwife to our 1996 Constitution.

Ramaphosa has calculated that if he doesn’t keep the ANC in one piece, and if he doesn’t lead it to a convincing victory in next year’s election, his political career will be in jeopardy – and he wants to be president until 2024.

Where he could get away without jeopardising party unity too much, like with a clean-up of state-owned enterprises and agencies such as SARS and intelligence, he did it swiftly and decisively.

But he has been very, very cautious otherwise, to the point of appearing to be sucking up to his opponents.

I don’t know whether he has been too cautious. I do know that he believes that unifying the party and achieving a resounding victory next year will give him the mandate and the power to at last implement his real vision for South Africa.

I suspect we will see a different Ramaphosa after next year’s elections if the ANC gets 55% or more of the vote. A bolder Ramaphosa who will shrink Cabinet and government, get rid of the last rotten apples in government and take some unpopular steps to jack up the sluggish bureaucracy and revitalise the economy.

What are the root causes of the widespread pessimism in the country today?

The wild talk and demands around land expropriation. The extraordinary high number of daily protests in local communities. The weak rand and the high fuel price. Reports of hospitals, clinics and municipalities that have stopped functioning. Extreme race politics. Eskom and SAA’s debt burden.

These have one thing in common: all are after-effects of the Zuma destruction.

Can you imagine what South Africa would have looked like if Zuma or his proxy were in power today?

People close to Ramaphosa have several times assured me that he has, as he himself said in his eNCA interview Monday night, a win-win plan for the land issue.

There will be ambitious redistribution of land, especially urban land, and some without or with very little compensation, but no owner of productive land will be deprived of his/her property without reasonable compensation.

The post-Zuma hangover is going to be with us for a while still. The fruits of the new dispensation will not be ripe enough to be eaten immediately.

We should all calm the hell down and see through the smoke and the loud noise around us. And yes, remain very vigilant.

Disclaimer: News24 encourages freedom of speech and the expression of diverse views. The views of columnists published on News24 are therefore their own and do not necessarily represent the views of News24.