Inequality – It’s in our Hands 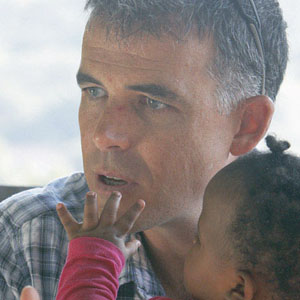 During the 16th Nelson Mandela lecture, former US President Barack Obama humbly and vulnerably took issue with a side of humanity that few are ever brave enough to; the side that says that more is always better. He said: “Right now, I am actually surprised by how much money I got…There’s only so much you can eat. There’s only so big a house you can have. There’s only so many nice trips you can take. I mean, it’s enough.”

The questions we might ask when presented with this thinking is, what is a former US President’s definition of enough? What is my enough? What is your enough? But by asking such questions we lose ourselves in ‘for instances’ and ‘hypotheticals’ and we miss the essence of what he is suggesting; that inequality is – at least to some degree – in our hands to fix. He is basically suggesting that as long as one of our number is in lack whilst I am not, then I have more than enough.

Of course, in our capitalist world where ‘more’ is the only game in town, this thinking is naïve. It sounds like charity speak. But that is where we have gone wrong; we have commoditized giving. We have turned what should be a normal everyday human response to inequality into a system of points, rewards and tax breaks.

But President Obama is asking us to look at inequality differently, perhaps a little more like my child who looks at the beggar on the street and says: “Give that man our money – we have enough!”

How do we do this well? It begins with a shift in mindset: What can I go without, so people can have what they need to survive? This may be a physical thing like a meal or a movie or some new clothes, or it may be less tangible like a degree of financial security or the size of my savings account. Having begun to think this way then we begin to free ourselves of the constraints of our own poverty mentality. We can then think about doing some of these things:

His writing is dedicated to the memory of 17 year old Anene Booysens: gang raped, mutilated and murdered and Emmanuel Josias Sithole: beaten and stabbed to death.