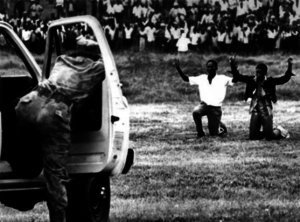 JUNE 16 SOWETO UPRISING – IS THERE ANYTHING TO REMEMBER?

June 16, now called Youth Day, is one day in our annual calendar of 13 public holidays.

But, 40 years down the track what are we trying to remember?

Over the past two days I have listened to SAfm ‘Forum at 8’ talk shows where both students and teachers who took part in the tragic events of that day recalled their horror, their loss of youth, their time on Robben Island, their loss of opportunity, and their then – hopes for the future.

It was sad listening to their stories of 40 years past.

It was sadder listening to their disappointment of to-day’s present.

On June 16 1994 Nelson Mandela, in commemoration of the students who gave their lives said, “We commemorate this day, not with the song of defiance on our lips. This is no longer a day of protest by an excluded majority. The brave young people of that generation are today eminent premiers, ministers and members of national and provincial parliaments. They are taking their rightful place in the ranks of the new South African National Defence Force and other institutions of state and civil society.”

As we enter the new and glorious epoch that June 16th helped to usher in, we will do well to emulate that heroism and turn it into an asset for the tasks that lie ahead.”

Many of those interviewed by Sakina Kamwendo lamented that these ‘eminent premiers, ministers and members’ lack heroism and “are feeding at the trough, treading on one another and pushing away those who are more deserving.”

In ’94 Madiba continued “In order to address the root causes of the education crisis, we intend to table a Bill in parliament soon, to eradicate discrimination and take the first major steps towards ten years of free quality education.

For these changes to be effective, there has to be close co-operation between government and organisations of teachers, students, parents, workers and the business community. The task to make South Africa a learning and learned nation belongs to all of us.

The culture of teaching and learning means also that there should be a culture of rights in the schools. Teachers deserve to be treated with respect by students, society and government. In turn, they will enjoy such respect if they act responsibly, appreciating the central position that their fraternity occupies in society.”

Again, the parlous state of our education system was lamented. 22 years down the track 80% of our 30 000 schools remain dysfunctional as places of learning.

True, infrastructural functionality has improved immensely; more schools have electricity, have sanitation, have water, and have feeding schemes;

BUT, the instructional functionality, the quality of teaching, the delivery of teaching material and the time spent on extramural activities has declined (in the 150 rural schools I have evaluated only a handful have any activity after 14h00 – no sport, no music, no drama, no art, nothing).

AND, the regulatory functionality has much to be desired. The scandals of SADTU’s ‘pay for positions’, the shocking matric results, the drop-out rate, the strikes, the conferences during school terms, the teacher-student pregnancies, the stories of headmaster indifference etc speak volumes.

So again, what are we remembering, what did the students of ’76 sacrifice their lives for?

Is there anything to commemorate as we recall the cataclysmic events of 40 years ago?

I think there is.

We have approximately 100 000 registered NGO’s in South Africa, roughly 10 000 are focussed solely on education.

On Thursday we must celebrate their contribution to our ailing education system. Many of those who were involved in the events of ’76 have set up, or are involved with, NGO’s that are making a significant contribution where the Education Department has not.

Their contribution is massive. There is hardly a disadvantaged school in the country where there aren’t NGO’s at work, except maybe in deep rural areas (a huge shame I acknowledge).

Their contribution an untold story of South African resolve.

Likewise the contribution of the corporate sector is massive.

Employer assisted volunteering sees literally 10’s of 1000’s of ‘staff’ being given time off during work hours to assist in schools, ECD centres and crèches. If time-off is not given then some sort of time ‘matching’ is encouraged.

Many corporates have adopted schools, evaluated their instructional, infrastructural and regulatory functionality and set about developing a set of short, medium, and long term goals to improve the overall learning functionality of ‘their’ schools.

Financial sponsorship of the Education NGO sector is significant with corporates setting clear benchmarks for improvement.

Virtually without exception every ‘advantaged’, and some not, school/university I have visited has partnered via an ‘Outreach’ programme with less advantaged or disadvantaged schools in their neighbourhood. It is heart-warming to see young kids of all colours giving up time to read, explain, coach kids of their own age.

During the holidays workshops are organised for teachers and headmasters to assist with both curriculum and teaching ability.

Often when the kids from the advantaged school are playing sport in the afternoons kids from disadvantaged schools are invited onto their premises to use the library, the science lab, the media centre and the computer facilities.

The students and teachers of ’76 sacrificed much to draw the attention of the world to the exclusion, discrimination and inequity promoted by Apartheid doctrine.

BUT, much of the rest of the world has moved on; the spectre of terrorism, conflict, war, refugees, climate change and puerile political battles is now front of mind.

But we South Africans haven’t forgotten.

We need to remember and commemorate the events of ’76.

We need to remember those who ‘in the present’ give selflessly in the NGO, corporate, school and university sector to improving the education of those less fortunate.

We need to remember those teachers and headmasters who remain dedicated and who achieve extraordinary results against the odds.